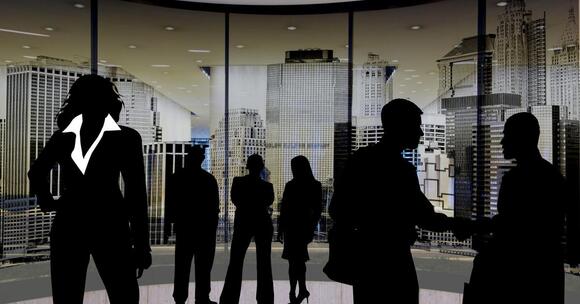 Cannabis-focused tech start-up Drop Delivery has formed its advisory board and appointed Jessica Billingsley, Kristin Jordan, and Cynthia Salarizadeh as its inaugural members.

Billingsley is CEO of cannabis company Akerna Corp. (NASDAQ:KERN). She also co-founded MJ Freeway in 2019. In addition, she has been serving on Marijuana Business Daily's advisory board since November.

Jordan is Mannada's founder and CEO. She is also executive director of an NYC-based business organization, the Asian Cannabis Roundtable.

Salarizadeh is the founder and president of the cannabis brand House of Saka, the founder of AxisWire, a cannabis industry's newswire and co-founder of Green Market Media.

The Los Angles company reported earlier that its customer base and revenue expand by almost 300% over the past year.

"The Drop Advisory Board was created to access the expertise and thought leadership across industries as we continue to enhance our suite of technologies within and beyond cannabis," CEO Vanessa Gabriel recently said.

Jordan Gillissie, CEO of Equifund noted that "this was the fastest offering to hit $1 million on our platform."

"We're very proud to have maxed out a Reg-CF offering for Drop Delivery," he added.

Shroyer is a seasoned cannabis expert who joined the company in 2014.

During his time in Revolution, he also served as chief cultivation officer, overseeing the development of a cultivation facility in Delavan, Illinois.

He was also pivotal in the creation of the company's dispensary brand Enlightened.

"With a 15-year career building both small and big cannabis businesses, Dusty has a rare set of capabilities to lead our multi-state company," said Chairman Tony Hunter.

"He has hands-on operating experience in cultivation and retail combined with a mastery of science-driven product development," he added.

In addition, a board member Ed Schutter will assume the position of lead independent director.

Wild thanked Ackerman for his contributions, highlighting there were “differences in philosophy over management style and culture, and the Board and I decided it is in the best interest of the Company for us to part ways.”

Simultaneously, the company revealed its full-year net sales went up by 134% year-over-year to $198 million.

TerrAscend ended the year with $75 million in cash.

© 2020 Benzinga.com. Benzinga does not provide investment advice. All rights reserved.

Sun, Water, Weed And B2B?: What Opportunities Can Cannabis Investors Expect From This Conference In Panama

The cannabis industry is advancing quickly in Panama, a country located on the isthmus between Central and South America. In October 2021, Panamanian president Laurentino Cortizo sanctioned a bill that regulates the controlled use of medicinal cannabis and its derivatives for therapeutic, medical, veterinary, and scientific purposes. Panama then became the first country in Central America to legislate the medicinal use of marijuana.
RETAIL・3 HOURS AGO
Benzinga

HENDERSON, NV, Aug 10, 2022 – BioLife Sciences Inc. (BioLife), a commercialization accelerator, licensor and developer of technologies, has reportedly provided investors with a significant company update throughout the course of a two-year transformation. Over the course of the last two years, BioLife has gone through a number of...
INDUSTRY・4 HOURS AGO
Benzinga

A new hemp bill poised to curb unlicensed production in Guyana got a green light from the National Assembly last week, reported News Room Guyana. The Industrial Hemp Bill also decriminalizes hemp cultivation, whereas any cannabis plant with a THC concentration of not more than 0.3% on a dry weight basis is classified as industrial hemp.
MANUFACTURING・8 HOURS AGO
The Associated Press

The U.S House on Friday passed the Biden administration’s Inflation Reduction Act of 2022, with the bill now going to President Joe Biden’s desk to be signed into law. What Happened: Microsoft Corporation MSFT co-founder Bill Gates took to Twitter on Friday to express his views on the bill.
CONGRESS & COURTS・2 DAYS AGO
Benzinga

Taipei City, Taiwan, August 15, 2022 (GLOBE NEWSWIRE) -- Nocera, Inc. NCRA (“Nocera” or “the Company”), a fully integrated sustainable seafood company with a focus on manufacturing and operating land-based Recirculatory Aquaculture Systems (RAS), today announced the closing of its underwritten public offering of 1,880,000 units, each unit consisted of one share of common stock (the “Common Stock”) and one warrant (the “Warrant”) to purchase two shares of Common Stock, at a public offering price of $3.50 per unit, for aggregate gross proceeds of $6.58 million, prior to deducting underwriting discounts, commissions, and other estimated offering expenses. The Common Stock and Warrants comprising the units were immediately separable and were issued separately. Each Warrant permits the holder to purchase two shares of common stock at an exercise price of $3.85 (110% of the per unit offering price) and expires five years after the date of issuance. In addition, the Company has granted the underwriters a 45-day option to purchase up to an additional 282,000 units at the public offering price per unit, less the underwriting discounts and commissions, to cover over-allotments, if any.
BUSINESS・4 HOURS AGO
Benzinga

Trump's Niece Points Finger At Jared Kushner For Tipping Off FBI: 'It Sounds Like Somebody In Jared's Position'

Following the Federal Bureau of Investigation raid of Donald Trump’s Florida residence, multiple reports are suggesting a close aide of the former president had a role in tipping off the agency about classified documents. When Mary Trump was asked during an interview as to whom she thinks could have...
FLORIDA STATE・1 DAY AGO
Benzinga

KULR Tech KULR reported its Q2 earnings results on Monday, August 15, 2022 at 04:15 PM. Here's what investors need to know about the announcement. KULR Tech missed estimated earnings by 66.67%, reporting an EPS of $-0.05 versus an estimate of $-0.03. Revenue was down $40 thousand from the same...
FINANCIAL REPORTS・1 HOUR AGO
Benzinga

Top Cannabis Leaders Under 40: 14 Of Them Are Up For This Sought-After Award, But Who'll Be #1?

The Benzinga Cannabis Capital Conference in Chicago, September 13-14 will celebrate many things as always. This year's attendees have the opportunity to meet a group of young leaders of the industry who got into the emerging market at a young age and now have a lot to teach us all.
CHICAGO, IL・3 HOURS AGO
Benzinga

Digital Media Solutions (NYSE:DMS) short percent of float has risen 34.63% since its last report. The company recently reported that it has 179 thousand shares sold short, which is 2.76% of all regular shares that are available for trading. Based on its trading volume, it would take traders 3.6 days to cover their short positions on average.
MARKETS・2 HOURS AGO

Hemp Rolling Papers: What Are They? Do They Get You High? Which Are The Best? And Other Questions, Answered

In today's tech-heavy world, cannabis is not the put-it-in-your-pipe-and-smoke-it substance we were all used to for so long. Now, there is technology for nearly everything, and weed is no different. Volcano vapes were once the peak of innovation, but now the hall of fame contains electronics for dabbing, decarboxylating, and...
PHARMACEUTICALS・2 DAYS AGO
Benzinga

WonderFi Issues Q3 Earnings: How Did The Kevin O'Leary-Backed Crypto Platform Do?

The Kevin O’Leary-backed crypto platform, Wonderfi Technologies Inc WONDF provides secure access to compliant crypto through regulated Web3 companies. About Wonderfi: Decentralized finance, also known as DeFi, is the technology that enables market participants to lend to, borrow and exchange goods with one another. Unlike exchanges designed using the...
MARKETS・1 HOUR AGO
Benzinga

Meta Platforms Investing In This Singapore Company's App: What Investors Should Know

Meta Platforms-owned WhatsApp announced an investment in a Singapore company. Here’s a look at the investment and what it does. What Happened: WhatsApp, which is owned by Meta Platforms Inc META, is an investor in Take App. Take App targets restaurants, bakeries, grocery businesses, beauty salons and other businesses...
CELL PHONES・44 MINUTES AGO
Benzinga

If You Invested $1,000 In Nikola Stock At Its COVID-19 Pandemic Low, Here's How Much You'd Have Now

Investors who bought stocks during the COVID-19 market crash in 2020 have generally experienced some big gains in the past two years. But there is no question some big-name stocks performed better than others since the pandemic bottom. Nikola's Bumpy Road: One company that has been a volatile investment in...
STOCKS・3 HOURS AGO
Benzinga

Flexible Solutions Intl FSI reported its Q2 earnings results on Monday, August 15, 2022 at 04:30 PM. Here's what investors need to know about the announcement. Flexible Solutions Intl beat estimated earnings by 85.71%, reporting an EPS of $0.13 versus an estimate of $0.07. Revenue was up $2.63 million from...
FINANCIAL REPORTS・1 HOUR AGO
Benzinga

TOP Financial Group's (NASDAQ:TOP) short percent of float has risen 6.76% since its last report. The company recently reported that it has 92 thousand shares sold short, which is 3.63% of all regular shares that are available for trading. Based on its trading volume, it would take traders 0.2 days to cover their short positions on average.
STOCKS・2 HOURS AGO
Benzinga

Since the launch of recreational marijuana sales in New Jersey, the state has taken in $4.6 million in tax revenue in just the first 10 weeks of sales. “The market is improving. It is performing as we expect with the current number of dispensaries, the spread of locations, and the high prices,” said Jeff Brown, executive director of NJ's Cannabis Regulatory Commission (CRC).
INCOME TAX・3 HOURS AGO