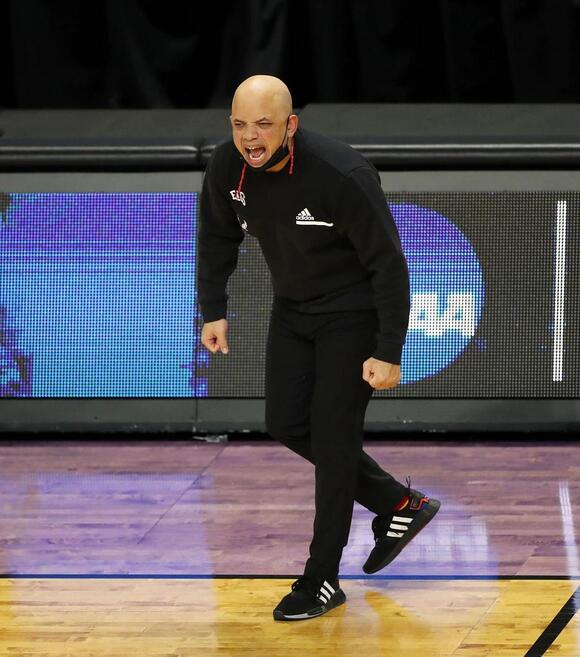 Legans led the Eagles to just their third NCAA Tournament berth in program history and a 16-8 record this season. No. 14 seed Eastern Washington, of the Big Sky Conference, lost 93-84 to No. 3 Kansas in the first round of West Region play on Saturday.

At Portland, he will replace former NBA player and head coach Terry Porter, who had a 43-103 record (1-42 WCC) in five seasons and was fired last month.

Golden State Warriors star forward Draymond Green is facing potential disciplinary action from his own team once again. According to
SAN FRANCISCO, CA・7 HOURS AGO
Sportsnaut

Minnesota Timberwolves center Karl-Anthony Towns was so ill last week with a throat infection that he was hospitalized on bed
MINNEAPOLIS, MN・2 DAYS AGO
Sportsnaut

Notre Dame is riding a two-game winning streak into Saturday’s clash with No. 16 BYU at Las Vegas for one
PROVO, UT・1 DAY AGO
Sportsnaut

Former Brooklyn Nets player Blake Griffin threw a little shade in the direction of his previous team this week as
BROOKLYN, NY・18 HOURS AGO
Sportsnaut

Carolina Panthers head coach Matt Rhule is squarely on the NFL hot seat, a favorite to be one of the
CHARLOTTE, NC・1 DAY AGO
Sportsnaut

Robert Sarver’s sale of the Phoenix Suns is not expected to be complete for 6-9 months after the embattled owner
PHOENIX, AZ・1 DAY AGO

Not only did the Denver Broncos lose the game yesterday, but they also lost their starting running back, Javonte Williams,
DENVER, CO・2 DAYS AGO
Sportsnaut

Charlotte FC rally for tie vs. Crew but miss playoffs

Andre Shinyashiki scored in the fourth minute of stoppage time for a 2-2 tie against visiting Columbus on Wednesday, but
COLUMBUS, OH・8 HOURS AGO
Sportsnaut

After a disappointing end to their faint wild-card hopes, the Milwaukee Brewers will have to regroup against Arizona ace right-hander
MILWAUKEE, WI・2 DAYS AGO

The Atlanta Falcons’ brass can’t seriously look at its roster right now and view this team as a legitimate playoff
ATLANTA, GA・21 HOURS AGO
Sportsnaut

It’s never too early for our first 2023 NBA mock draft. With the 2022 iteration in the books, all eyes
NBA・1 DAY AGO
Sportsnaut

It was an unsurprising Sam Haggerty move. Trailing the Detroit Tigers by a run with two outs in the bottom
SEATTLE, WA・2 DAYS AGO
Sportsnaut

The Wisconsin Badgers fired head coach Paul Chryst after an awful start to the 2022 college football season. As the
MADISON, WI・2 DAYS AGO

Improving Jaguars will have to overcome recent history to defeat Texans

The Jacksonville Jaguars have, through four weeks, put on film evidence of their improvement from last season to this one,
JACKSONVILLE, FL・9 HOURS AGO
Sportsnaut

Victor Wembanyama seen as best prospect since LeBron James, NBA teams set to tank for him