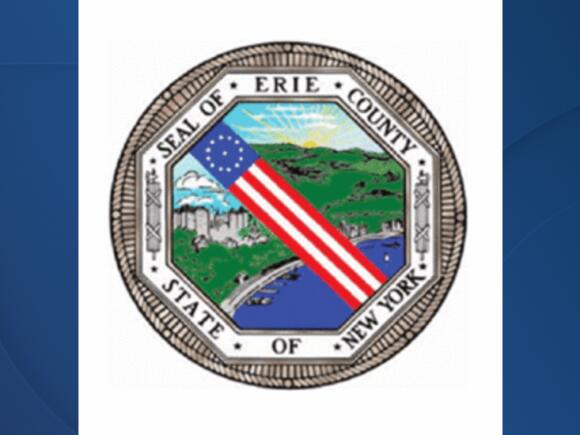 Mike Fitzpatrick was a legendary figure in Buffalo and national labor, civic, and political circles. Both as a longtime county legislator and as a leader with the Ironworkers union, Mike influenced development in Buffalo for more than a generation and left fingerprints on dozens of downtown projects that served as building blocks for what we see today. A beloved son of South Buffalo, Mike was always true to his neighborhood roots, and leaves behind a legacy of accomplishments that few will equal. We offer our deepest condolences to Mike’s wife Nancy, his children Nancy, Noelle, Maureen, Michael, and William, and his entire extended family.

NYS Thruway Authority says its bridges are safe despite rot

A recent months-long report from the 7 News I-Team discovered that 87 of the 892 bridges in Erie County, about 10%, are rated to be in poor condition.
ERIE COUNTY, NY・1 HOUR AGO
WKBW 7 News Buffalo

The SPoT Coffee, located at 54 Webster Street in North Tonawanda, opened in February 2021 and according to the court documents closed in January 2022.
NORTH TONAWANDA, NY・10 HOURS AGO
WKBW 7 News Buffalo

On Friday another local tribute will happen to honor Buffalo icon, Chuck Incorvaia also known as Buffalo's "Bubble Man." A tribute skate will take place on The Ice at Canalside from 7 p.m. to 10 p.m., and of course there will be plenty of bubbles.
BUFFALO, NY・1 DAY AGO

The Williamsville Village Board voted Monday to pay a $300 mask violation fine and sign a stipulation issued by Erie County, after previously voting to hire an attorney to fight the fine.
ERIE COUNTY, NY・3 DAYS AGO
WKBW 7 News Buffalo

Building management leaves Buffalo resident in the cold for one month

One month ago, Rosa was told she could move to emergency housing in March on Thursday morning she got a call that a different apartment is available but now she has to consider moving costs.
BUFFALO, NY・1 DAY AGO
WKBW 7 News Buffalo

Jim's Steakout is starting a GoFundMe to raise money for the Buffalo Veterans Hospital in honor of the Allentown Bubble Man, Chuck Incorvaia.
BUFFALO, NY・2 DAYS AGO
WKBW 7 News Buffalo

The couple is accused of intentionally presenting falsified COVID-19 vaccine cards at Highmark Stadium for the Buffalo Bills game on January 15.
NFL・2 DAYS AGO

Where are the garbage trucks?

Piles of garbage lined up nearly the entire block on Goembel Ave in the City of Buffalo, and many neighbors say the trash has been out for a while.
BUFFALO, NY・2 DAYS AGO
WKBW 7 News Buffalo

Former WNY'er recalls being patient at Oishei amid donation blitz

The fierce football fan rivalry is fueling an incredible show of support. Kansas City Chiefs fans have been making headlines this week , with their own contribution to John R. Oishei Children's Hospital, after dealing the Bills a heartbreaking loss, Sunday night.
NFL・2 DAYS AGO
WKBW 7 News Buffalo

Reconnecting and restoring neighborhoods across the Kensington Expressway is getting closer to becoming a reality.
BUFFALO, NY・4 DAYS AGO

The emergency department at the Mercy Ambulatory Care Center in Orchard Park is set to reopen at 7 a.m. on January 30.
ORCHARD PARK, NY・3 DAYS AGO