Whitecaps get fullback Bruno Gaspar on loan from Portugal 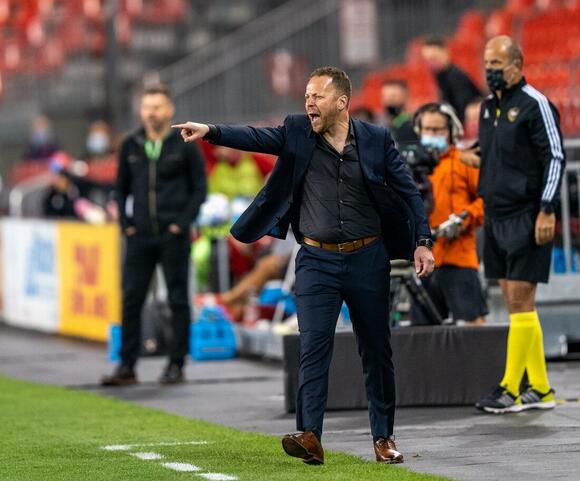 The Whitecaps paid Sporting CP a purchase option of $1.75 million, per MLSsoccer.com.

Gaspar, 27, made 30 appearances for Sporting CP in 2018-19, having spent last season on loan with Olympiakos in Greece.

“Bruno brings a wealth of experience from a number of very good leagues in Europe,” Whitecaps coach Marc Dos Santos said in a statement. “As we continue to improve our roster piece by piece, Bruno is one part of additional moves we are looking to make. It’s important that we make sure we keep competition at a high level throughout our roster and Bruno will bring that to our team. We are very happy to have him join our club.”

After scoring his first MLS hat trick, FC Dallas has signed Homegrown forward Ricardo Pepi to a new, five-year contract through 2026. Details of the new deal were not released at this time but based on Pepi’s salary information that was revealed by the MLS Player’s Association, we can probably assume the 18-year old will be making more than his reported $108k in total compensation.

Manchester United have already signed a goalkeeper, are set to complete the signing of a winger, are in advanced talks to sign Varane, and are strongly linked with a right-back in Trippier. In truth, the club have positioned themselves well in the market and the targets largely represent areas Ole...

LONDON (AP) — Tottenham signed goalkeeper Pierluigi Gollini from Italian club Atalanta on a season-long loan with an option to make the move permanent, the Premier League team said Saturday. The 26-year-old Gollini will be expected to challenge stalwart Hugo Lloris. The 34-year-old Frenchman has been with Tottenham since the...

Bruno Fernandes was pictured in Manchester United training at Carrington on Tuesday, after returning from his post-European Championship break.

The 26-year-old has been enjoying some well-deserved downtime since Portugal exited this summer's competition in late June, with Fernando Santos's men narrowly defeated by Belgium, 1-0, in the round of 16. As with many of United's other tournament players, Fernandes has used social media in the intervening month to share...

Just days after rumors began heating up about Atlanta United making an offer for Velez Sarsfield prized prospect Thiago Almada, we have reports that the two clubs have agreed in principle to a transfer. Several prominent journalists out of Argentina are reporting on Wednesday that the Five Stripes have agreed...

Austin FC has impressed at times this season, but one area where the expansion side has struggled is scoring goals. That problem might be addressed with a looming signing at striker. Former Argentine youth international Sebastián Driussi appears headed to MLS and Austin FC according to reports. Currently on the...

Hassani Dotson scored a goal in the dying seconds as Minnesota United pulled out a 2-2 tie with host Los Angeles FC on Wednesday. With LAFC putting on defensive pressure late in the game, Dotson took a pass from Jan Gregus and scored from the top of the penalty area with a right-footed volley past goalkeeper Tomas Romero. The goal came in the fifth minute of second-half stoppage time.

The LA Galaxy have transformed their roster more than pretty much any team in MLS this season, and recent reports indicate the signings are not yet done. European transfer rumor maven Fabrizio Romano reported on Wednesday that the Galaxy have a “done deal” with Serbian forward Dejan Joveljic. Meanwhile, Corner...

Steve McPherson and Callum Williams take a look ahead at the two-match week for Minnesota United, kicking off Wednesday against LAFC and Saturday against the Vancouver Whitecaps. Sound of the Loons is presented by Allina Health.

Inter Miami CF (2W-3D-8L, 9 points) will face CF Montréal (6W-4D-5L, 22 points) this Saturday, July 31 at DRV PNK Stadium. The matchup is set to kick off at 8 p.m. ET. Single match tickets for Saturday's fixture are available here. Where to Watch. The match will be broadcast regionally...

Facundo Pellistri, who was one of five first-team incomings at the club last summer, has played and impressed in all three pre-season games so far this summer. The young winger scored in the curtain-raiser against Derby nearly two weeks ago and then featured in games against Queens Park Rangers and Brentford, making his first appearance at Old Trafford against the latter.

FC Dallas teenager Ricardo Pepi stole the headlines on match week 16 when he became the youngest player in MLS history to score a hat-trick. His three goals against conference rival LA Galaxy was rewarded with FC Dallas securing the 18-year-old to a five-year contract that extends through 2026. Former MLS players such as Alphonso Davies, Tyler Adams, and Weston McKennie (former FC Dallas himself) have made waves since transferring to Europe. So, is Ricardo Pepi the next shining star to come from the MLS?

Sebastián Driussi became the latest addition to Major League Soccer expansion team Austin FC on Thursday morning when the club announced the signing of the Argentinian attacking midfielder to a multiyear deal at a press conference at the Fairmont Austin. Driussi is Austin FC's third designated player, the league limit,...

Broadcast: Bally Sports North, CW Twin Cities and SKOR North (coverage begins at 8:30 p.m.) At the end of a tightly contested first half, Carlos Vela put LAFC on the leaderboard in the 41st minute by sneaking a shot past Tyler Miller's right shoulder. Vela's goal was his fifth of the season and set the Loons back 1-0 at the half. Emanuel Reynoso would later tie things up for the Loons, with Tristan Blackmon taking the lead once again for LAFC late in the second half. But the headlines belonged to Hassani Dotson and MNUFC, who stole an equalizer late in stoppage time to take a point from the match. Looking ahead to this weekend, the Loons aim to take all three points with a road win against the Vancouver Whitecaps. With only one loss in the last eleven games, Minnesota United has come a long way since these two teams first met, wherein the Loons were able to come away from the game with a win in front of a home crowd with a 1-0 scoreline to break their four game loss streak to start the season. Hopeful and full of momentum, the Loons can add another win to their season and make a move up the table with a result against the Whitecaps on Saturday.

The Iran international has been recognised by European football's main governing body for his acrobatic effort in the Champions League quarter-finals. Porto striker Mehdi Taremi has won the UEFA Goal of the Season award for his stunning bicycle kick against Chelsea. Taremi scooped the prize as a reward for scoring...

FC Cincinnati have ended the loan of forward Franko Kovačević (pronounced koh-VAH-chuh-vitch). The club will not exercise the option to put him under contract and he will return to TSG Hoffenheim. “We thank Franko for his contributions to FC Cincinnati,” said FC Cincinnati General Manager Gerard Nijkamp. “He has a...

Catching up with The Mane Land before Atlanta United vs. Orlando City

Interim head coach Rob Valentino and his Atlanta United squad will head down south to Orlando to take on Oscar Parejas’ Orlando City SC this Friday. Both teams are coming off disappointing losses, and both teams need a win for different reasons. I caught up with Ben Miller over at...

The Verde Report: Austin Is Getting Great Soccer, Just Not From Austin FC

Q2 Stadium is quickly becoming a soccer landmark. The very first team to play, score, and win on its field was the world champion United States women's national team. This week, that same field plays host to the very-much-not-world-champion-but-possibly- soon-to-be-Gold-Cup-champion U.S. men's team in a semifinal match against Qatar. Can't...

Emmanuel Gigliotti of Leon controls the ball against Ventura Alvarado of Atletico San Luis during the 4th round match between Leon and Atletico San Luis as part of the Torneo Guard1anes 2021 Liga MX at Leon Stadium on February 1, 2021 in Leon, Mexico. (Photo by Leopoldo Smith/Getty Images) Inter...

Pumas took a break from Liga MX to travel to Orlando, Florida to play in the Florida’s Cup, where they lost 1-0 against English Premier League club Everton FC. Everton was the superior team and got the deserved the win against a Pumas side that showed spirit but once again had a terrible offensive display. Pumas will now travel to Monterrey where they will face Rayados team on Monday.