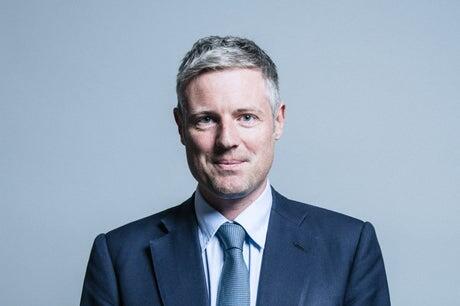 Government minister Zac Goldsmith has avoided a rebuke from Boris Johnson after accusing Prince Harry of ‘blowing up his family’.

The prime minister’s official spokesman refused repeated requests at a Westminster media briefing to comment on the Foreign Office minister’s outburst, in which he appeared to point the finger of blame at Meghan Markle for the rift between Harry and the rest of the royal family.

The spokesman confirmed that Mr Johnson had watched Harry and Meghan’s bombshell interview with Oprah Winfrey when it was aired on ITV on Monday evening.

But he refused to discuss what the PM had made of the couple’s allegations of racism within the royal family and complaints that Meghan was discouraged from seeking help with her mental health when feeling suicidal.

Responding to inquiries with a brick wall of silence, the spokesman responded to every query by repeating the PM’s words before viewing the interview last night, when he said: “I’ve spent a long time now not commenting on royal family matters and I don’t intend to depart from that today.|

Asked whether it was appropriate for Lord Goldsmith as a minister to comment, when the PM did not feel it right for him to do so, and whether the Tory peer would face any sanction for doing so, the spokesman again declined to respond.

In an outspoken tweet on Monday, Lord Goldsmith responded to suggestions that the Duke and Duchess of Sussex had “dropped bomb after heavy bomb on Buckingham Palace’ in their interview.

Lord Goldsmith wrote: “Not ‘Buckingham Palace’ - Harry’s family. Harry is blowing up his family.  ‘What Meghan wants, Meghan gets’.”

Every family has a little bit of drama — even royal ones. Following their shocking step away from their senior royal duties in March 2020, Prince Harry and Meghan Markle have distanced themselves from their relatives across the pond. When the couple, who exchanged vows in May 2018, announced...
WORLD・17 DAYS AGO
The Independent

Prince Harry used to be “quite a wild lad” before he met Meghan Markle, a new royal biography has claimed. Prior to meeting the actor, Harry spent 10 years in the military, where he developed a reputation as a party animal. According to the new book Courtiers: The...
CELEBRITIES・9 HOURS AGO
The Independent

The Princess of Wales was confronted by a protester who told her that “Ireland belongs to the Irish” during a walkabout of Northern Ireland. The incident occurred on Thursday while Kate Middleton and her husband Prince William were greeting members of the crowd during a visit to north Belfast, with a video shared on social media showing the Irish woman confronting the royal.
SOCIETY・1 DAY AGO
The Independent

Voices: Liz Truss will soon realise that wanting growth is not the same as having a plan

I am grateful that the Tories have packed up and left my city. During the summer I was delighted when film crews and crowds gathered for the Commonwealth games festivities, showing off our city to the world. Every day my children would get excited spotting our much-loved sites on the telly. It was considerably less fun to spot those same familiar settings this time around, as deluded cabinet ministers spouted words that damned the city they gathered in.As Liz Truss took to the stage in Birmingham, I was less than 200m away, at a conference about how lack of...
U.K.・1 HOUR AGO

Racial justice is about struggle and campaigning – but it is also about politics. Individual white activists in the Labour Party, and other progressive parties, have a proud record of fighting shoulder to shoulder with Black people for racial justice.However, the Labour Party’s history on race is mixed. In the 1950s, the then Labour leader Hugh Gaitskell argued for principled opposition to immigration controls of any kind for British subjects. But successive Labour leaders have treated immigration as a matter of electoral expedience, not moral principle. So in the Sixties and Seventies, Labour followed the Tory lead, making ever-tougher statements...
SOCIETY・1 DAY AGO
The Independent

Politicians may need to “surprise people” to resolve the dispute over the Northern Ireland Protocol, Ireland’s Foreign Affairs minister has said, amid fresh hopes that a compromise can be reached.Simon Coveney also said on Friday that renewed technical discussions between the UK and the EU this week had gone “reasonably well”.Recent days have been dominated by renewed hopes in Brussels and Dublin that the UK could be in a mood to reach a deal, after months of wrangling over the post-Brexit settlement for the region.As well as the exchange of warm words, the attendance of Prime Minister Liz Truss at...
POLITICS・1 HOUR AGO
The Independent

The UK and Ireland have held “blunt, frank and positive” talks over controversial legislation to deal with the legacy of Northern Ireland’s Troubles, according to Simon Coveney.Senior officials from both sides have been asked to explore what changes could be made to the Northern Ireland Troubles (Legacy and Reconciliation) Bill, Ireland’s Foreign Affairs Minister added.The Bill before the UK Parliament seeks to establish a new information retrieval body to review deaths and other harmful conduct during the Troubles – defined as the period from January 1 1966 to April 10 1998.It proposes an effective amnesty for Troubles crimes for those...
POLITICS・1 HOUR AGO