Rohan Mehra: Open to TV but not where I am just playing a prop 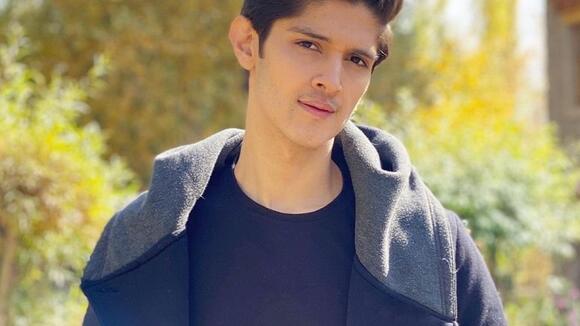 Mumbai, March 6 (SocialNews.XYZ) Actor Rohan Mehra, who is currently seen on the web series Crashh, says he is willing to take television roles too, as long as he has a meaty part to play. He points out most shows on TV are "women-oriented", where male actors are reduced to mere "props".

The actor, who has been part of shows such as Yeh Rishta Kya Kehlata Hai and Sasural Simar Ka, feels both the male and female actors should have equal screen time.

Who is holding Mariah on The Young and the Restless? Kidnapping plot explored

Who is holding Mariah on The Young and the Restless? Mariah has been missing for over a week – at least in soap opera time – and fans want her back. On Y&R spoilers, fans’ predictions were finally confirmed, as it was revealed that Mariah has been kidnapped. But who is her captor?

Keyshia Cole’s famous mom Frankie Lons died in her Oakland home on her 61st birthday while celebrating and using. Her brother Tony reported to TMZ that she was partying and succumbed to her decades-long debilitating drug addiction. Frankie had a very dark life that led her down many destructive paths...

Once again, Kim Kardashian has rolled through law books and studied paragraphs for free: The reality TV star falls through the law exam – and for the second time. In the grand finale of “Keeping Up With The Kardashians” (seasons 9 to 16 stream here on TVNOW), the 40-year-old learns that it didn’t work out again.

Trolls accuse me of hating my daughter because I gave her such an unusual name but I don’t care, it’s pretty

WHEN it comes to your child's name, you're never going to please everyone - either you raise eyebrows by picking something really out there or play it totally safe. Well if you find yourself in the former category, then can we offer some advice? Maybe don't share it on TikTok... because chances are, you'll get trolled.

A POPULAR Fortnite gamer has been arrested for allegedly raping two children he lured using his live stream. Brazilian Raulino de Oliveira Maciel, who goes by the name RaulZito and has a huge following, boasted of playing with "young talents". He used his social media channels to live-stream himself playing...

Cicely Tyson’s Daughter: Everything To Know About Joan Tyson

Aside from being an award-winning actress, Cicely Tyson was a proud mom to her daughter, Joan. Here’s everything you need to know abut Joan Tyson. Both on and off-screen, Cicely Tyson was a true legend. The actress, who died at the age of 96 on January 28, 2021, enjoyed an incredibly successful career as an actress and trailblazer. From her Academy Honorary Award in 2018, to being a 5-time Emmy nominee for playing Viola Davis‘ mother on How To Get Away With Murder, Cicely made quite the impact in Hollywood. She even dabbled in Broadway, and snagged the Best Actress in a Play award for The Trip to Bountiful.

Australian swimmer Kaylee McKeown, just broke an Olympic record before winning the gold medal in the women's 100-meter backstroke final at the 2020 Tokyo Games. She also broke the no-swearing rule on national television as she dropped the F-bomb while being interviewed about her big win. The 20-year-old Aussie, who...

(CNN) — Candace Cameron Bure has offered a rare apology after some of her followers didn't quite get what she was trying to do in a TikTok video. The "Fuller House" star lip-synced to a snippet of audio from Lana Del Rey's "Jealous Girl." The lyrics are "Baby I'm a gangsta too/ And it takes two to tango/ You don't want to dance with me, dance with me."

Mother whose gay teenage son, 16, came out by going to prom in a dress and make-up criticises LinkedIn for taking down her photos of his big night after a 'handful of adults were offended'

A gay teenager came out to his fellow pupils for the first time by wearing a stunning dress and make-up for his end of year school prom. Justin Sedgwick, 16, looked sensational in an off-the-shoulder classical black ball gown inspired by Hollywood red carpet glamour. Autistic Justin had spent a...

Little People, Big World fans may know that Tori and Zach Roloff are going through a difficult time right now. As Tori works through the heartbreak, she’s still sharing “touching” messages with her fans on social media. As we reported, Tori recently had a miscarriage. Instead of announcing that she...

The "Frozen" star's 6-year-old daughter is named Delta. Bell hopes this situation can humble her because "her life is really easy."

Safaree Samuels Threatens To Quit ‘LHHATL’ After Footage Airs Of His Baby Falling: ‘That Was Tacky’

Emma Roberts reacts after her beach walk triggered meme frenzy: ‘Thank you gays and whoever else’

A video of Emma Roberts on the beach has become a viral sensation - and the responses are hilarious. The memes came rolling in after she shared a video of herself posing on the beach wearing a green top while swaying to Lana Del Rey’s “Happiness Is a Butterfly”. At...