Gulshan Grover: Films in theatres will bring back the festivity 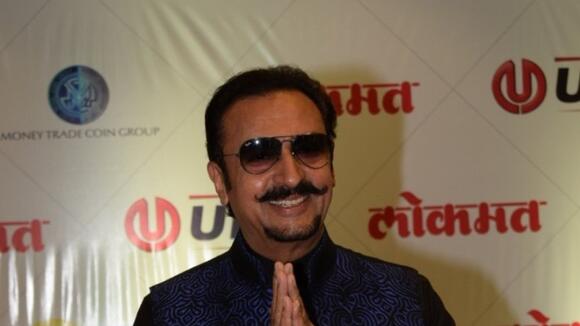 Mumbai, Feb 26 (SocialNews.XYZ) Veteran actor Gulshan Grover says he has respect for OTT platforms but theatres define the festive experience of watching films, and it is something that has been missing over the past year.

"For almost a year now, we have been watching films and series on OTT in our homes. We have been watching content from across the world. The OTT has its own advantages but we also want to get out there and want to have a real experience of watching a film," said Grover at the trailer launch of the upco......

In October 2020, Raindance Film Festival delivered its first ever hybrid online festival in a 27 year history. It’s now over a year after the pandemic first took the UK by surprise, shutting cinemas, theatres and arts and cultural venues as well as temporarily stopping TV & Film productions in their tracks.

Tribeca Enterprises is bringing back its drive-in film series to the Rose Bowl in Pasadena featuring new, classic and family-friendly films, starting July 28 and running through Aug. 26. With the popularity of the drive-ins last year, as it offered a safer, more socially distanced option for entertainment during the...

Montauk Film Festival Back for Second Year: Q&A with Founder

After its debut in 2019, the Montauk Film Festival is back with an exciting slate of films, Q&As and other events. For one week, July 25 to August 1, across six venues and five categories, several films comes to the East End in a big way. Recently, Jason Ferrante, founder...

The Black Bear Film Festival will hold its Midsummer Drive In Theatre at Akenac Park, Dingmans Ferry, PA to view two classic feature films!. The cost will be $25 per car load, per night. Reserve your spot by email:BlackBearFF@gmail.comOr phone: 570-832-4858. The festival will show “The Quick and the Dead”...

Deep in the Heart Film Festival back in person this weekend

The event kicks off Thursday evening through Sunday and they also have a virtual option July 25-31.

Warner Bros. has released a new trailer for the upcoming and highly anticipated Dune film starring Timothée Chalamet, Rebecca Ferguson, Oscar Isaac, Josh Brolin, Stellan Skarsgård, Dave Bautista, Stephen McKinley Henderson, Zendaya, David Dastmalchian, Chang Chen, Sharon Duncan-Brewster, Charlotte Rampling, Jason Momoa, and Javier Bardem. Dune will premiere on September 3rd 2021 at the 78th Venice International Film Festival followed by theatrical release on October the 22nd 2021 and will be simultaneously released on the HBO Max streaming service for 31 days. Unfortunately, HBO Max is not currently available in the UK but Dune might be available to stream via Sky, we will keep you updated.

West Sound Film Festival is back for its fifth year

After a year of virtual screenings and canceled film festivals, the magic of seeing a film on the silver screen is back. And the proverbial flicker of a movie screen is like manna from heaven for film aficionados like Amy Camp. Camp started what used to be known as the...

On the heels of taking the 2021 Palme d’Or for Julia Ducournau’s Titane, Neon has acquired the North American rights to Chinese director Zhang Yimou’s One Second, which will close the Toronto…. Stephen Chbosky’s Dear Evan Hansen is set to add to the glitz for September’s 46th Toronto Film Festival...

The PBS Short Film Festival, which runs through July 23, features 25 short-form independent film submissions from multiple public media partners and PBS member stations, including Louisiana Public Broadcasting (LPB). Among those featured in this year’s festival is “Story of Your Life” from independent filmmaker and LPB nominee Kelly Yu.

WE ARE THRILLED TO ANNOUNCE OUR ANNUAL FILM FESTIVAL’S RETURN TO BIRMINGHAM’S HISTORIC THEATRE DISTRICT AUGUST 23-29, 2021. Due to the Covid-19 pandemic, we hosted our 2020 Festival at the Grand River Drive-In and though this provided a safe and fun environment for our Fest, Sidewalk is just not Sidewalk without the sidewalks (and gorgeous historic venues)!

A new online film festival has been launched for young people living on Scotland's islands. Our Island Stories runs on 28 August and will feature short films made by islanders. The films focus on life on islands including Islay, Eigg and in Orkney and Shetland and have been made in...

The Best of Both Worlds: Stony Brook Film Festival Is Back, Live and Online

The 26th annual Stony Brook Film Festival presented by Island Federal makes its glorious and long-awaited return to the Staller Center for the Arts with live, in-person screenings from July 22-31, and will also hold an encore presentation online a month later. The festival will continue its partnership with IndieFlix...

We are giving away a pair of passes to the theater screenings of the Portland Horror Film Festival July 28-August 5. To win, comment on this post why you’d like to attend. Winner will be drawn and emailed Monday, July 26. ——————————————— Location of in-person Shows: Hollywood Theatre. 4122 NE...

The 11th annual Blue Whiskey Independent Film Festival returns with nightly screenings of the festival's 2021 official selection films, running July 24-30 at Chicago Filmmakers, 1326 W. Hollywood Ave., Chicago. Blue Whiskey will present more than 30 films with character-driven stories from around the globe during the in-person event, including...

The Bridgehampton Child Care and Recreational Center (BHCCRC) is presenting its second Black Film Festival with the Parrish Art Museum, and at 8 p.m. on Friday, July 30, will present “Shaina” and the short film “My Father the Mover” outdoors on the museum’s lawn. Bring your own chair to the screening.

Fortnite is hosting a second round of its animated short film festival, dubbed “Short Nite 2,” — a successor to the game’s original Short Nite festival that developer Epic held earlier this year. According to Epic, Short Nite 2 will feature “a series of animated, online shorts by up-and-coming-creators,” which,...

Excitement is building for the 14th annual Chesapeake Film Festival (CFF) on October 1 and 2. A great way to kick off an Eastern Shore festival is to present the world premiere of the Bay Journal’s latest film, “Water’s Way: Thinking Like a Watershed,” by local favorites Tom Horton, Dave Harp and CFF’s Vice President for Environmental Programming Sandy Cannon-Brown.

The Woods Hole Film Festival returns this year with many pre-pandemic elements including in person film screenings and Q and A with filmmakers. We talk with festival founder Judy Laster about what’s on the schedule this year, and different ways to see films, even if you’re not in Woods Hole. We also talk with three documentary filmmakers about their work: