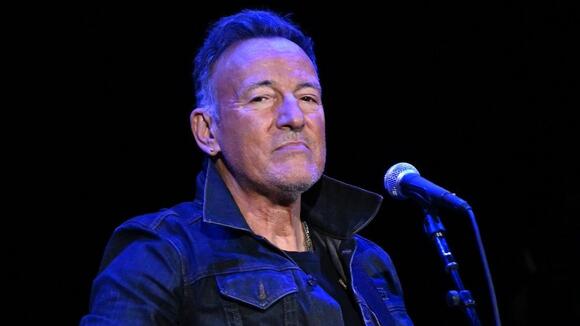 Bruce Springsteen is reportedly pleading guilty to a misdemeanor charge of consuming alcohol in a prohibited area, following his arrest in New Jersey.

The rock icon entered the guilty plea before a federal judge on Wednesday. Two other charges against 71-year-old Springsteen — driving while intoxicated and reckless driving — were dismissed, according to the Asbury Park Press.

The Nov. 14 arrest of one of the Garden State's most famous residents took place in the Gateway National Recreation Area in Sandy Hook, N.J. A source had told the local paper that Springsteen's blood-alcohol content was just 0.02, a quarter of New Jersey's legal limit.

In the closed court proceedings on Wednesday, Springsteen reportedly told the judge that he consumed "two small shots of tequila." The judge imposed a $540 fine on the performer.

Shortly after news of Springsteen's arrest earlier this month, Jeep pulled a high-profile Super Bowl commercial where the "Born in the U.S.A." singer was seen behind the wheel as he called for national unity.

Iowa man pleads not guilty to charges in death of bicyclist

MASON CITY, Iowa (AP) — A Mason City man has pleaded not guilty to felony vehicular homicide and other counts in the June crash death of a bicyclist. Cody William Skiye, 28, has pleaded not guilty in Cerro Gordo County Court to homicide by vehicle while operating under the influence, as well as counts of making a false report to law enforcement, no insurance, and operating a motor vehicle too closely to a bicycle, the Globe Gazette reported.

ROCHESTER, N.Y. (AP) — Rochester Mayor Lovely Warren has pleaded not guilty to charges stemming from a police raid of her home in May. A grand jury indicted Warren and her husband last week on charges of weapons possession and child endangerment. Prosecutors say officers searching the couple's home as part of a drug investigation found a rifle and pistol, and the couple's 10-year-old daughter alone. Warren has not been charged in the drug case. She left Rochester City Court after Wednesday's arraignment without speaking with reporters. The two-term mayor lost her reelection campaign last month when she was defeated in the Democratic primary.

Zachary Mitchem, 36, of Beckley, pleaded guilty Friday to possession with the intent to deliver methamphetamine and heroin. According to court documents, Mitchem was found passed out in a car parked in front of a local business near Beckley on July 5, 2019. When a law enforcement officer came to...

David Lamar, the man responsible for the crash that took the life of sophomore Michael Sot, pleaded guilty to two counts of third-degree assault by auto and one count of second-degree death by auto in a virtual hearing on June 11. The collision occurred the night of Dec. 2, 2018,...

SEATTLE (AP) — A man accused of killing his wife at a bar in Bellevue has pleaded not guilty to first-degree murder and unlawful possession of a firearm. Dylan Jennings entered the plea Thursday in King County Superior Court in the death of 26-year-old Anna “Maxx” Lopez. Jennings is accused...

The father of a toddler who died in his hot car pleaded guilty Friday to a misdemeanor charge of child abuse, neglect or endangerment. Sidney Deal, 28, appeared in custody in a Las Vegas courtroom and entered a type of plea that allowed him to admit only that prosecutors had enough evidence to prove the allegations to a jury.

DEDHAM, Mass. (AP) — The driver in a rollover crash that left a passenger dead has been charged with drunken driving and motor vehicle homicide, State Police said Sunday. Arkeem Samuel, 28, of Boston, was being held on $50,000 bail and is expected to be arraigned Monday in Dedham District Court.

A 61-year-old Stoughton man was allegedly driving drunk last month when he drove head-on into a motorcycle being ridden by a Stoughton couple on Route 138, killing both of them instantly, Stoughton police said Thursday. The crash took place around 8:30 p.m. June 28 while Alfredo J. Pedro and his...

After serving nearly seven months in jail, Karl Dresch, an Upper Peninsula Michigan man who broke into the U.S. Capitol along with hundreds of President Donald Trump-supporting rioters on Jan. 6, has been released. U.S. District Judge Amy Berman Jackson for the District of Columbia called Dresch an “enthusiastic participant”...

A 36-year-old Maryland man who live-streamed video of the shooting death of Ashli Babbitt during the U.S. Capitol riot on January 6 pleaded guilty Thursday to a misdemeanor for "parading, demonstrating or picketing in a Capitol building." Andrew Bennett became at least the 21st person to enter a guilty plea...

A man who was taped to his seat and arrested after authorities say he groped female flight attendants and punched a male crewmember won a college frat award for being a “perfect role model” and for leading “the fight to dismantle fraternity stereotypes”, The New York Times has reported. The...

Professional skateboarder Terry Kennedy has been charged with first-degree murder after a man he allegedly attacked in an Illinois motel succumbed to his injuries, the DuPage County State’s Attorney told Fox News on Tuesday. The 36-year-old athlete first appeared in court on Monday for a bond hearing on the new...

SPRINGFIELD, MA (WGGB/WSHM)-- A Pittsfield man plead guilty in Springfield Federal Court to heroin distribution charges Thursday, according to a press release from the U.S. Attorney for the District of Massachusetts' office. According to the release, Eulises Rosado, 51, pleaded guilty to six counts of distribution of and possession with...

A woman who was accused of helping with the theft of $33,000 worth of property from a hotel in Walcott entered a plea agreement last Wednesday that dropped all charges except conspiracy. Christina Trudeau, 40, of Princeton was taken into custody when she turned herself in on May 17. She...

CLINTON — Prosecutors will recommend a Clinton woman receive a suspended sentence on two felony drug charges, according to a plea agreement reached in the case. Jodi L. Williams, 37, 720 1/2 S. Fifth St., pleaded guilty to one count of possession of a controlled substance with intent to deliver, methamphetamine, a Class C felony; and one count of possession of a controlled substance, heroin, third offense, a Class D felony. The plea agreement was filed last week. The order accepting plea and setting sentencing was filed Monday.

A Gorham man who faces charges stemming from the Jan. 6 riot at the U.S. Capitol has pleaded not guilty. Nicholas Hendrix, 34, faces four misdemeanor charges. He pleaded not guilty during a videoconference appearance Monday, the Portland Press Herald reported. Charges against Hendrix include unlawfully entering the Capitol; disorderly...