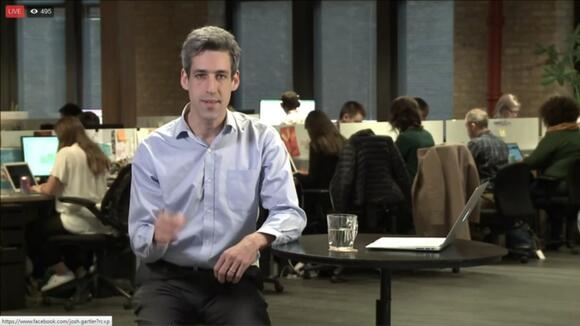 Some results were in early Wednesday after voters across Illinois cast ballots in local races for Tuesday's consolidated primary election . Daniel Biss appears to be the next mayor of Evanston. With nearly all the precincts counted, he has more than 73% of the vote, defeating Lori Keenan. Evanston incumbent Steve Hagerty did not run for reelection. In Dolton, it looks like Tiffany Henyard appears to have won the primary against incumbent Mayor Riley Rogers. Community activist Andrew Holmes came in third. Robert Shaw also ran for the position. Henyard said she's optimistic about the results and ready to get to work, if elected. She would become Dolton's first female African American mayor. Not all communities have a consolidated primary, as it's held in jurisdictions where there's a number of filed candidates for the consolidated general election on April 6, and the primary is used to narrow the field. Also, not all towns have seats up for this election. Residents in Cook, Lake, Kane and McHenry counties had elections Tuesday. DuPage and Will counties don't have primaries and just have the April general election. Chicago voters don't have an election until March 2022. Some other notable races included Berwyn mayor and Calumet City mayor. RELATED: Kamala Harris: Watch her journey from Berkeley to become 1st Black, Asian woman elected to vice presidency The Berwyn mayoral race pitted incumbent Robert Lovero against Brendan O'Connor. In Calumet City, Thaddeus Jones claimed victory over incumbent Michelle Markiewicz Qualkinbush. In Lynwood, Trustee Jada Curry beat four-term incumbent Mayor Eugene Williams. The Riverdale race for president pitted incumbent Lawrence Jackson against Deyon Dean. Cook County election officials will certify the results from the Tuesday primary on March 16. This is a developing story; check back with ABC 7 Chicago for updates.

As workers return to the office, Chicago is trying to figure out the future of LaSalle Street.
CHICAGO, IL・1 DAY AGO
ABC 7 Chicago

The question of how someone could breach security at the Chicago Police Department's Homan Square facility is complicated by the importance of the facility to CPD's citywide operation.
CHICAGO, IL・1 DAY AGO
ABC 7 Chicago

Chicago Public Schools has pulled a proposal to spend $120 million on a new high school for the Near South Side, a surprise move right before a vote was to be held.
CHICAGO, IL・2 HOURS AGO

More than 1,100 migrants have been bused to the Chicago area by Texas' governor.
CHICAGO, IL・2 DAYS AGO
ABC 7 Chicago

"In my 28 years, I haven't seen a case that has hit as close to home for myself and so many others in this department," then-CPD Supt. Eddie Johnson said at the time.
CHICAGO, IL・11 HOURS AGO

"I contacted the two officers who helped me previously and said, 'you're never gonna believe this, but my car was stolen again.'"
CHICAGO, IL・1 DAY AGO
ABC 7 Chicago

A man was found dead after a fire in the South Shore neighborhood Tuesday morning, Chicago police said.
CHICAGO, IL・14 HOURS AGO

As Hurricane Ian barrels towards Florida, resident flee to Chicago

More than 2.5 million people along the Gulf Coast have been told to evacuate as Hurricane Ian approaches, and some of them have fled to Chicago to wait out the storm.
CHICAGO, IL・1 HOUR AGO
ABC 7 Chicago

Employees at a North Side hotel said new management increased their workload and reduced their sick days and holidays.
CHICAGO, IL・2 DAYS AGO
ABC 7 Chicago

Police said one of the suspects had a knife. They punched and kicked the victim, stole his bike and then threw the bike on the tracks, where it was hit by an oncoming train.
CHICAGO, IL・8 HOURS AGO

The woman who recorded video of the incident said she went searching for help at the train station, but no one was around.
CHICAGO, IL・15 HOURS AGO
ABC 7 Chicago

"Both of you are heroes," the victim said of the bystanders who came to help her.
CHICAGO, IL・8 HOURS AGO
ABC 7 Chicago

A federal grand jury in Chicago convicted a 31-year-old man of conspiring to act as a spy for China.
CHICAGO, IL・13 HOURS AGO
ABC 7 Chicago

Chicago traffic: All lanes blocked after crash on ramp from Dan Ryan to Bishop Ford

At least one person was taken away in an ambulance.
CHICAGO, IL・4 HOURS AGO