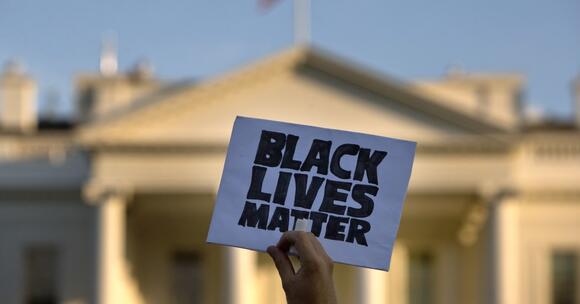 An editor at Washingtonian magazine has a history of making disparaging remarks about black people on social media.

Daniella Byck, an assistant editor at the Washingtonian, once mocked Africa and the size of a black man’s lips, quipping that “no human has lips that big” in a December 2011 Twitter post.

"'Earl Sweatshirt is a myth, he was a robot created by Tyler, The Creator; no human has lips that big' #internetfindings,” Byck said in one post.

“In #Africa tweeting is when you sit on a tree and make bird calls,” Byck joked in another.

“Afros and scooter parkhour #urbanjungle,” Byck observed in one tweet.

“@jfannn threw rice at an African princess,” she said in another.

Byck also once posted that she was “back in the hood,” adding that “it sure don’t feel good.”

The Washingtonian assistant editor also made jokes about fried chicken and waffles, a reference to typically racist stereotypes.

“It's not fried chicken and koolaid but...#chickenandwaffles #southernlife,” Byck wrote.

Byck’s author page on the Washingtonian's website lists her as a University of Wisconsin graduate who joined the publication in 2018.

She has since written multiple stories advocating for anti-racism and social justice, including one in which she directed readers to where they could donate to help Washington, D.C., social justice protesters amid the unrest throughout the country.

Byck also authored a story on “Bakers Against Racism,” where she highlighted an effort by bakers to raise money that would be donated to racial justice organizations.

Her more recent Twitter posts have also taken on a more social justice oriented tone, including one post last year in which she encouraged “white folks” to read her colleague's article about racism.

“This one’s for you, white folks. If you’re at home wondering what you can do to make change, let this be your first step." from my colleague @_RosaCartagena,” Byck said accompanied by the article.

The article highlights a tutorial on how to be anti-racist and talk to your kids about racism, while examining “how race, white privilege, and anti-blackness are woven into the very fabric of American society.”

Stimulus update: Direct one-time payments worth up to $1,050 to be mailed out in four days

Tax rebates totaling up to $1,050 are just four days away from being mailed out to California residents.
CALIFORNIA STATE・2 DAYS AGO
WashingtonExaminer

One of Russia's nuclear-powered submarines, named Belgorod, has reportedly vanished from its Arctic harbor, and Western countries fear it could be gearing up to test its advanced weapons systems.
MILITARY・2 DAYS AGO
WashingtonExaminer

Bill Maher predicted that former President Donald Trump will be at the presidential inauguration in January 2025 — whether he wins in 2024 or not. The comedian and pundit made the prediction while speaking in an interview with Chris Cuomo on the debut episode of the latter's NewsNation show, CUOMO, recorded on Friday.
PRESIDENTIAL ELECTION・1 DAY AGO
WashingtonExaminer

President Joe Biden dropped an F-bomb in a hot mic moment during a visit to hurricane-ravaged Florida on Wednesday.
FLORIDA STATE・19 HOURS AGO

Vice President Kamala Harris was involved in a one-car crash on a closed roadway in Washington, D.C., which the Secret Service initially misreported as a "mechanical failure," according to a report.
WASHINGTON, DC・16 HOURS AGO
WashingtonExaminer

A Florida teenager is dead and two others are seriously injured following a Maserati crash early Sunday morning.
3 DAYS AGO
WashingtonExaminer

The Supreme Court has set the deadline for the Department of Justice to respond to former President Donald Trump's request to reverse an appeals court ruling that halted a decision to allow a special master to review documents marked as classified that were obtained by the FBI during its raid of Mar-a-Lago.
CONGRESS & COURTS・1 DAY AGO
WashingtonExaminer

Russian soldiers who recently reached the front lines of the war in Ukraine did not have fighting experience or training, Ukrainian President Volodymyr Zelensky said in his Monday night address.
MILITARY・2 DAYS AGO

Social Security payment: Benefit check worth up to $1,657 to be sent out for October in just eight days

Recipients of Social Security benefits will only need to wait a little more than a week before their monthly payments worth up to $1,657 are sent to them.
2 DAYS AGO
WashingtonExaminer

Police in the San Francisco area hunting a serial killer have a rare piece of evidence: a surveillance video showing the suspect walking through an apartment complex.
STOCKTON, CA・20 HOURS AGO
WashingtonExaminer

Three Postal Service workers were arrested on charges related to a $1.3 million fraud and identity theft scheme in which they allegedly swindled credit cards from mail they were delivering, according to the Justice Department.
PUBLIC SAFETY・3 DAYS AGO
WashingtonExaminer

The fresh controversy engulfing Herschel Walker threatens to derail his bid against Sen. Raphael Warnock (D-GA), with Republican insiders warning their party’s nominee has little room for error in a contest polling within the margin of error five weeks before Election Day. Warnock led Walker 47% to 46.3% in...
GEORGIA STATE・1 DAY AGO
WashingtonExaminer

Former President Donald Trump personally packed some of the boxes filled with records at Mar-a-Lago that were later transferred to the National Archives in January, according to a new report.
POTUS・2 DAYS AGO
WashingtonExaminer

Stimulus update: Direct $487 payments being sent out from Wednesday for more than 1 million people

Over 1 million front-line workers in Minnesota are set to receive one-time payments of $487.45 beginning Wednesday.
MINNESOTA STATE・1 DAY AGO
WashingtonExaminer

Former President Donald Trump claims he was "on the late side" of finding out about the Capitol riot on Jan. 6, 2021, as heard in a new tape released Monday. Trump told New York Times reporter Maggie Haberman, who interviewed him for a new book, that he was in meetings with "Mark Meadows and others" and that it was not until later in the day that he turned on a television and found out what was happening at the Capitol. Mark Meadows was his chief of staff.
POTUS・2 DAYS AGO
WashingtonExaminer

Sen. Raphael Warnock's (D-GA) reelection campaign has turned into a fundraising juggernaut, picking up $26.3 million in the last three months as Election Day nears and control of the Senate hangs in the balance.
GEORGIA STATE・2 DAYS AGO
WashingtonExaminer

The White House on Monday clarified comments made by Vice President Kamala Harris about Hurricane Ian, saying her remarks about "equity" do not mean resources won't be equally distributed to all people.
POTUS・2 DAYS AGO
WashingtonExaminer