‘Found, Not Lost’: Never before seen pictures by Elliott Erwitt handpicked from his personal archive

By the time Elliott Erwitt was 70 years into his distinguished photography career, his work was being prepared for show in a retrospective exhibition celebrating his whimsical and often humorous style and featuring pictures pulled from one of many library collections dedicated to him.

Erwitt himself was involved with the exhibition, Home Around the World, at the Ramson Centre in Texas, and the experience inspired him to set about examining his own archive of his work.

Over the course of nearly two years, the veteran Magnum photographer sifted through around 600,000 images, contact sheets and negatives, from those developed in his bathroom sink at home when he was starting out at 17 to those taken as recently as 2010. 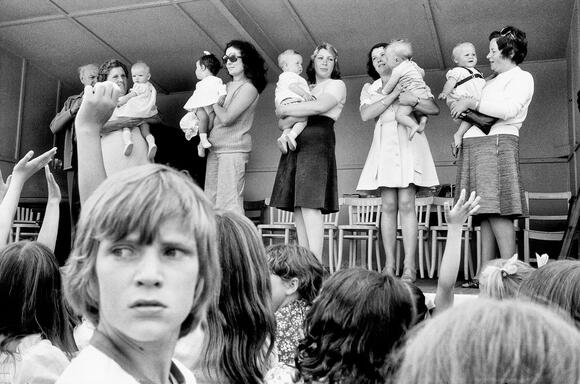 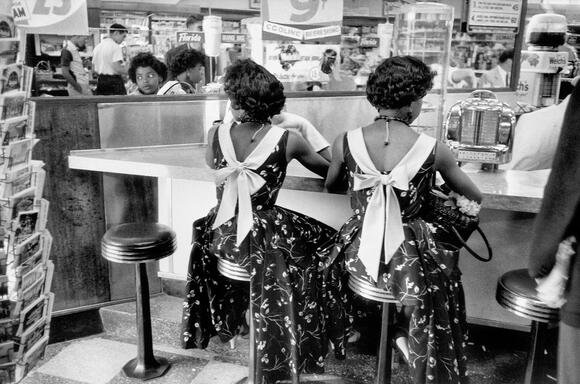 Every flat surface in his New York studio was strewn with jumbles of photos for months. He was helped by his editor and long-time book designer, Stuart Smith, and his trusted studio manager, Mio Nakamura.

The result is a new photobook: Found, Not Lost , published by Gost Books and filled with pictures previously unseen by the public. 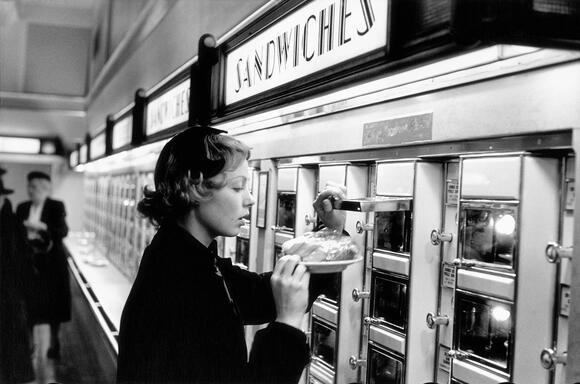 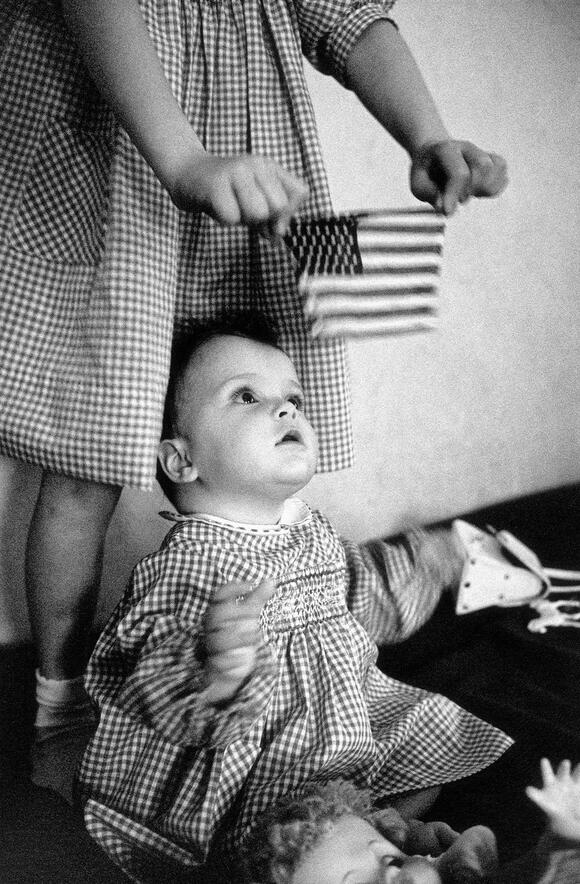 The earliest image in the book was taken in 1947 and the most recent in 2010. Including snaps from post-war Europe to the former USSR, coast to coast USA to Japan, Brazil and Birmingham, the far-flung character of Erwitt’s career is reflected here.

He is, after all, a man well disposed to travelling. Born in Paris, he then spent his early childhood in Milan before moving to New York in 1939. By his early twenties, he was back in Europe, serving in a unit of the Army Signal Corps in Germany and France.

Robert Capa brought Erwitt on board Magnum Photos in 1953, granting him professional backing to pursue his photojournalistic travels. His commercial work too has taken him around the globe, most recently to Cuba and Scotland. 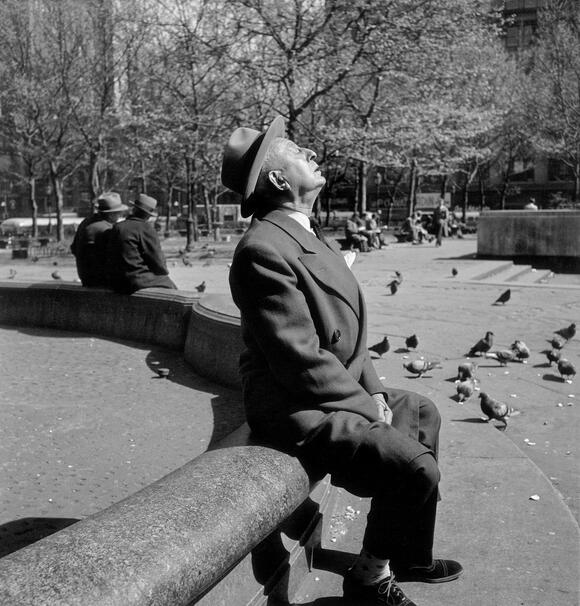 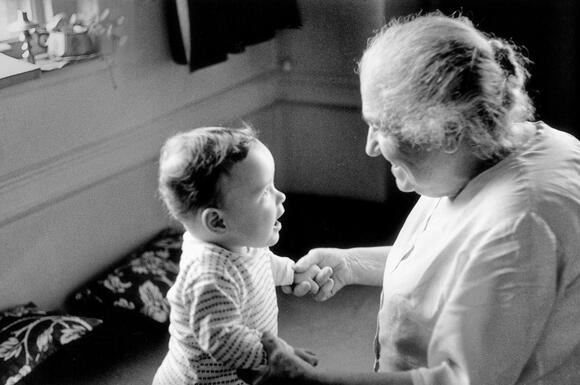 In selecting the 150 archive shots for the book, Erwitt took the opportunity to revisit photographs he took as a younger man with a more experienced eye.

The wit his pictures are known for has survived this second viewing and shines through across the pages. In one image, what appears to show a bonny baby competition in Blackpool (perhaps such a thing was funny by itself even in 1975?) is relegated to the background as a young Malcolm McDowell lookalike in the crowd draws the viewer’s eye as he stares with a slight scowl at something suggestively more interesting out of frame. 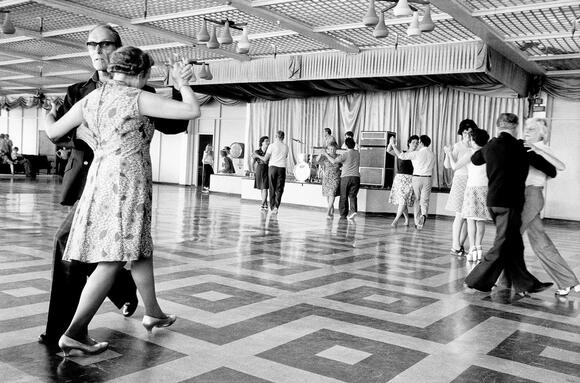 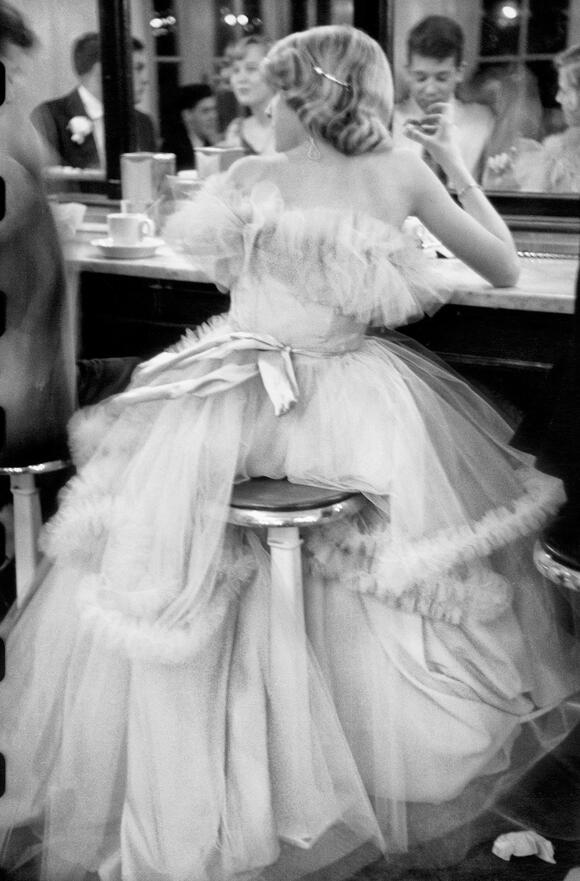 So many of the inclusions, however, are quiet and pensive, more subtle than the sharp visual punchlines he has been known for over the decades.

And at odds with the established shadowy figure of Erwitt’s brand of documentary photography – one who lurks in public spaces to capture unwitting strangers – some of the pictures are intensely personal, featuring for example his first wife, Lucienne Van Kanor his first-born daughter, Ellen. 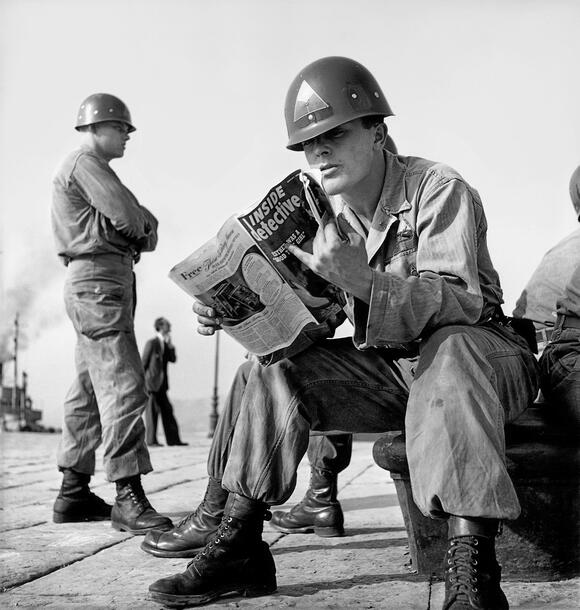 “In my nineties, my work looks different than I’ve ever seen it before,” Erwitt said of the selection process for the book, “there’s a time for pictures that say hello, and there’s a time to listen.”

Found, Not Lost by Elliott Erwitt is published by Gost Books and available for £60

A recent photo of Anthony Bourdain has surfaced that shows him in a different light amid a new documentary that's been released about the late chef and world traveler’s life. On Monday, the Vanity Fair Instagram account posted a picture taken of Bourdain by photographer Melanie Dunea, and in the...

Incredible Degas Exhibit With Never Before Seen Pieces In Panhandle

In the little town of Canadian, something big is happening. Edgar Degas and some never before seen work is now on display, and you can go see it. Residing at the Citadelle Art Museum until November 1st, you'll find sketches and other works by Degas himself and his circle of artists.

The day Isaac Bashevis Singer returned to Ellis Island was “a beautiful, cold day,” said the photographer Robert A. Cumins. Singer had first set foot there in 1935 as a Polish immigrant fleeing the rise of the Nazis in Germany. Nearly half a century later, in 1979, he returned with a delegation of international Jewish leaders brought together by the UJA-Federation of New York. Quiet and mild-mannered, he spoke to a rapt audience of his experience arriving in those same hall. And Cumins was there to document it all.

On 31 October 1985, photographer Jeannette Montgomery Barron arrived at Cindy Sherman’s studio in downtown New York to photograph her as few had seen her before – as she was, unadorned. Gone were the wigs, the theatrical make-up, and the props that Sherman used to transform herself into a vast array of female personas brought to life in her art. In the course of an hour, Baron created 40 black and white portraits of the artist, now brought together in Cindy Sherman: Contact (NJG), a limited edition of 400 books and 20 portfolios out on 30 July.

Touting Never-Before-Seen Objects from Its Founders Own Collection, the Menil Opens Andean Exhibit

A NEW EXHIBITION opening today at the Menil Collection showcases more than 40 objects from different moments of Andean history. Enchanted: Visual Histories of the Central Andes runs through Nov. 14 and is composed of works from both the museum's expansive collections and works on loan from the Museum of International Folk Art in Santa Fe, New Mexico.

The Queen's private garden at Windsor Castle looks truly breathtaking in brand new photographs shot from the roof. While we have been lucky enough to see the monarch's wonderful garden before, the unique vantage point from the top of the building provides an altogether different perspective. The sweeping views across the immaculate grounds allow royal fans to really admire the careful curation of the pristine gardens.

Fans of the Earthbound (MOTHER) series, a new clip of Earthbound 64 is available for all to view thanks to Twitter user @realZen64! Check out the trailer below that made for Nintendo’s own tradeshow, Space World 1997. Zen acquired the trailer and others by winning a Yahoo! Japan auction of...

The Most Popular Never-Seen-Before Names in 2020

Every individual is unique, so why shouldn’t everyone have a unique name? That seems to be the reasoning of today’s parents who want their child’s sobriquet to be one of a kind, or at least one that a dozen other kids on the playground don’t have. The one drawback to a rare but beautiful name […]

A sound engineer who decided to set up a live stream camera in a bird box has said he finds it "bizarre" it has had more than 41 million views online. John Chadwick, from Loughborough in Leicestershire, bought the bird box during lockdown and set up the camera in March before a family of blue tits moved in.

It's official! Samantha Ramsdell does have the world's largest mouth!. The Guinness Book of World Records has officially named Sam's mouth as 'the largest mouth gape' (female). Yay!. Sam is incredibly talented. Sure she has a huge, uh, gaping mouth - but also sings, is funny, witty and wicked nice!...

What will Earth look like if all its land ice melts? Here's your answer.

Climate change isn't pretty. Floods. Droughts. Forest fires. Trillions of dollars to pay for it all. And that's just the tip of the (increasingly smaller) iceberg. Land ice: We got a lot of it. Considering the two largest ice sheets on earth — the one on Antarctica and the one...

Savannah Guthrie has left Tokyo and will return to New York and her family after nearly two weeks apart. The TODAY host has been in Japan hosting the show from the 2020 Olympic Games with Hoda Kotb, Craig Melvin and Al Roker, but shared on Saturday that she has arrived back in the United States.

Brad Pitt Look-Alike Says It Is Impossible To Date Normally

Nathan Meads is a single dad from Oxford, England who works as a subcontractor — but his uncanny resemblance to Brad Pitt has garnered so much attention that it’s affected his dating life. Per the New York Post, 35-year-old Meads explained how his likeness to Pitt, 57, makes it hard...

Artists got fed up with these 'anti-homeless spikes.' So they made them a bit more ... comfy.

These are called "anti-homeless spikes." They're about as friendly as they sound. As you may have guessed, they're intended to deter people who are homeless from sitting or sleeping on that concrete step. And yeah, they're pretty awful. The spikes are a prime example of how cities design spaces to...

DaniLeigh has been highlighting her baby bump on social media since she revealed her pregnancy on July 16. After sharing her latest photo on Friday (July 30) and captioning it “#DaBiggest,” the move echoed one made by her ex-boyfriend DaBaby. The on-again, off-again couple dated for a few months before...

Earl Charles Spencer is determined to protect his late sister Princess Diana. On Thursday, the 57-year-old announced on Twitter that he has won a legal victory over a claim made in the U.K. Times newspaper that he’d denied Diana a home following the breakdown of her marriage to Prince Charles.

A man who thought he had found love was actually being deceived by his housemate. Mario, an American man who works as a PE teacher and moved to live in London, thought he had fallen in love with Hannah, who he had been speaking to for eight months after meeting online.