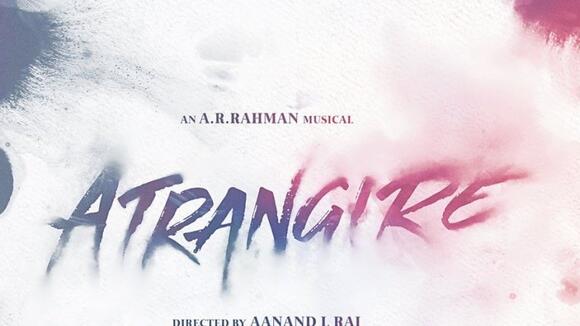 After Bachchan Pandey and Bell Bottom, actor Akshay Kumar starrer Atrangi Re also gets a release date. The romantic drama is slated for 6th August 2021 release.

The film was wrapped in December 2020 and originally scheduled for worldwide release on 14 ......

Yo or Hell No? Sara Ali Khan in a Pink Manish Malhotra Lehenga

Sara Ali Khan is busy taking over the internet, one picture at a time. The Simmba actress, who’s still busy learning the ropes of the industry was recently seen extending some Eid wishes to her social media fan, dressed in a simple kaftan set. And while that look was extremely elegant, she also stepped out in a stunning Manish Malhotra lehenga and instantly grabbed our eyeballs. Sara has forever been a muse for the designer and has even walked the ramp for him on multiple occasions. And while their previous collaborations were magnificent, this one was no different either. Sara Ali Khan Is All About That Flower Power in Her Latest Photoshoot (View Pics).

Sara Ali Khan is a vision to behold in these latest monochrome pictures, Check them out!

MUMBAI, India — Actor Akshay Kumar recently said that he takes inspiration from real life to portray characters on screen. Kumar took to Instagram and announced on July 15, 2021, that he would conduct a masterclass in acting for aspiring actors on the SocialSwag application. He posted a video wherein he opened up about his acting process and how he never had the opportunity to […]

The main Star Wars movies might be taking a brief hiatus at the moment (although not for much longer), but the television side of the galaxy far, far away has been enjoying a thriving boom. This continues with the upcoming Star Wars: Visions, the newest and most refreshing-sounding television series set in this beloved universe that will soon be coming to a television or handheld device near you. What is it about? Where in the Star Wars timeline is it set? Who is involved? When can you watch it? Glad you asked these very specific questions, because we just so happen to have the answers for you.

Marvel fans were in shock earlier this week when it was revealed that Scarlett Johansson had filed a lawsuit against The Walt Disney Company due to breach of contract in regards to the release of Black Widow, with her Avengers: Infinity War co-star Dave Bautista weighing in on the matter, joking that Marvel Studios should have given Drax a solo film instead of Natasha. Given that Johansson has been involved in the MCU for more than a decade, it came as a major surprise to fans to see the conflict with the studio, with Bautista's comment sure to ignite more speculation among fans about whether he's supporting his co-star or siding with the studio, potentially implying there wouldn't have been a lawsuit if they made a Drax movie.

Malignant–according to Webster–means “evil in nature, influence or effect.” But, in the hands of filmmaker James Wan, it means a helluva scary movie. Wan–whose horror creds stretch from Saw in 2004 to Insidious in 2010 to The Conjuring in 2013–is out to repeat his success with Malignant. And fans won’t have long to wait for his latest offering–the film will debut in theaters and on HBO Max Sept. 10, according to JoBlo.com. But check out the horrifying trailer on this page for a sneak peek.

Earlier this month, filmmaker Julia Ducournau made history by being only the second female director to win the Cannes Film Festival's Palme d'Or, which is regarded by many to be the highest distinction a filmmaker can earn. Making the achievement even more impressive is that she scored the honor with her horror film Titane, as most prestigious festivals are known to dismiss the accomplishments of genre storytelling. Following the film earning notoriety in the wake of festival screenings, NEON has confirmed that Titane will be landing in theaters on October 1st, with the distributor also releasing the above trailer for the film.

Marvel's upcoming Blade movie is making some exciting moves behind the scenes, with a director now attached to the project. Just a few months after the film found its writer in Stacy Osei-Kuffour, it's reported that Bassam Tariq is in talks to direct. According to Deadline, Bassam – who directed...

Everyone's favorite killer doll is back – the Chucky TV show has its first full-length trailer, as well as a release date. The trailer had its world premiere at the show's Comic-Con@Home panel, where it was also announced that the series would start airing on Syfy on October 12. The show will bring the red-haired doll possessed by the soul of a dead serial killer back to our screens and will mark the franchise's first foray into TV.

EpicStream News Writer Living in between movies, series, and reality. After skipping a week to give way to the 149th British Open Golf, the sports anime of Re-Main comes back stronger with MAPPA as an original show centered on Minato Kiyomizu and his journey to get back to water polo. With Episode 4 about to arrive, make sure to have the release date and time set on your countdown and make sure to check where to watch the series.

Netmarble and Marvel Entertainment have today announced that MARVEL Future Revolution will launch globally on August 25 for iOS and Android. Firstly, the free-to-play open world action RPG has opened its global pre-registration on the App Store and Google Play. Secondly, players that sign up will receive a ‘Pre-Registration Costume Gift Box.’ It’ll feature a full costume set for one of the game’s starting heroes.

Musical adventure The Artful Escape will arrive on September 9, and it's bringing a truly impressive voice cast, including actors and actresses from Game of Thrones, Kingsman, Scott Pilgrim vs. the World, Predator, and more. Announced during the Annapurna showcase today, The Artful Escape will launch for Xbox Series X/S,...

Yo or Hell No? Sara Ali Khan in a Pink Manish Malhotra Lehenga

Sara Ali Khan is busy taking over the internet, one picture at a time. The Simmba actress, who’s still busy learning the ropes of the industry was recently seen extending some Eid wishes to her social media fan, dressed in a simple kaftan set. And while that look was extremely elegant, she also stepped out in a stunning Manish Malhotra lehenga and instantly grabbed our eyeballs. Sara has forever been a muse for the designer and has even walked the ramp for him on multiple occasions. And while their previous collaborations were magnificent, this one was no different either. Sara Ali Khan Is All About That Flower Power in Her Latest Photoshoot (View Pics).