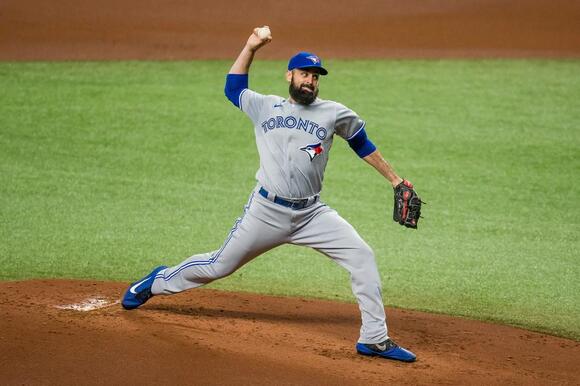 The Minnesota Twins and free-agent right-hander Matt Shoemaker agreed to a one-year, $2 million deal, according to multiple reports on Monday.

Shoemaker, 34, must pass a physical for the deal to become official. He can earn up to $250,000 in performance bonuses, according to the reports.

Shoemaker was 0-1 with a 4.71 ERA last season in six starts with the Toronto Blue Jays.

Shoemaker has been plagued by injuries during his career.

In 2016, he sustained a fractured skull when hit by a line drive off the bat of Seattle’s Kyle Seager and underwent emergency brain surgery. Two seasons later, Shoemaker made just seven starts after suffering a strained forearm in his first start of the season before returning five months later.

In 2019, his first season with the Blue Jays ended after five starts when he tore the ACL in his left knee during a rundown.

The 2022 Major League Baseball season is underway with a month of games already behind us. That means it’s already
MLB・2 DAYS AGO
Sportsnaut

John Wathan is retiring after 51 years in professional baseball, including 47 years with the Kansas City Royals. The Royals
KANSAS CITY, MO・12 HOURS AGO

Yankees slugger Aaron Judge tied the American League home run record when he socked his 61st of the season on
BRONX, NY・6 HOURS AGO
Sportsnaut

Nathan Eovaldi returns to the mound as the Boston Red Sox host the Baltimore Orioles in the finale of a
BOSTON, MA・35 MINUTES AGO
9&10 News

Royals bring road slide into matchup with the Tigers

Carrying on the tradition of celebrating a championship at the White House, the 2021 World Series champion Atlanta Braves were
POTUS・2 DAYS AGO
Sportsnaut

Freddie Freeman broke up a scoreless tie with a run-scoring single to center with one out in the 10th inning
LOS ANGELES, CA・1 HOUR AGO
Sportsnaut

For a team with seemingly nothing to play for, the Detroit Tigers can accomplish quite a bit with a victory
KANSAS CITY, MO・3 HOURS AGO
Sportsnaut