The Most Reliable Car Brands on the Road

Related: 15 Great Cars To Own for 15 Years
Learn More: What Percentage of Your Income Should Go Toward Auto Loan Payments?

Using data from J.D. Power and Associates, GOBankingRates has put together a list of the manufacturers with the least number of problems in the first three months. These brands' cars came in under the industry average of 166 problems per 100 new cars. Take a look if you need a reliable vehicle. 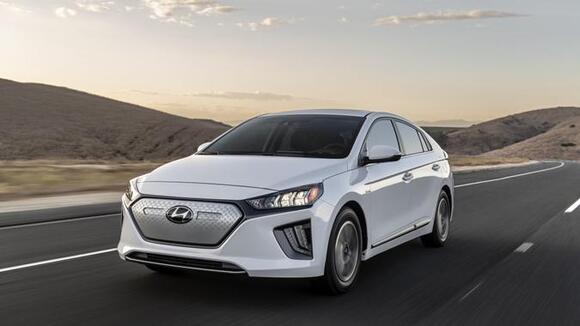 The prolific automobile maker isn't just reliable -- several of its models made the shortlist for top vehicles in their segment (type of car). The Tuscon was rated as the best compact SUV, while the Veloster tied for best compact sporty vehicle when it comes to fewest problems. 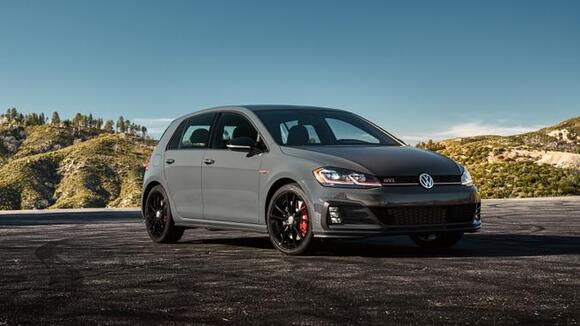 VW continues to be one of the most reliable brands around and the Jetta made the shortlist for best compact car.

Read: 25 Tips and Tricks for Buying a Car Online During the Pandemic 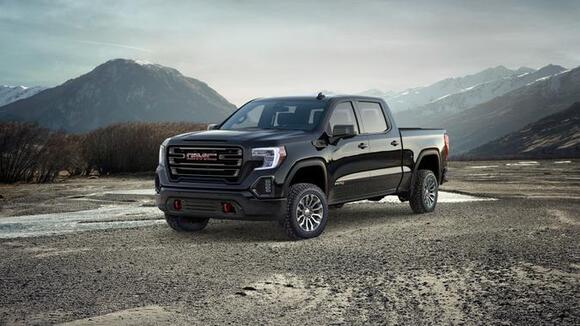 Aside from having fewer problems than average among new vehicles, GMC's Sierra also made the shortlist for large light duty pickup.

Check Out: Cars, Trucks and SUVs With the Best Gas Mileage 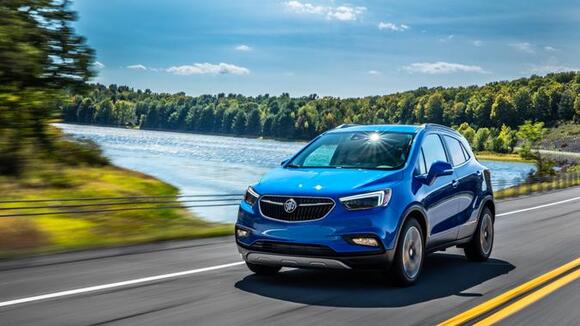 Buick's Encore also made it onto the shortlist of best small SUVs. Plus, General Motors' Yantai Dongyue 2 manufacturing plant in China, which produces Buick's Envision, received an award for pushing out vehicles with the fewest defects or malfunctions. 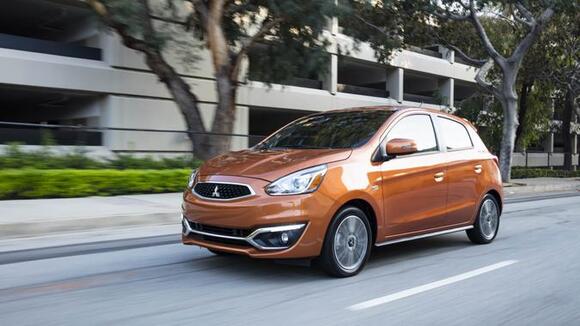 Mitsubishi is only 1 of 3 Japanese brands to rank above the industry average for the fewest problems. The manufacturer's Outlander Sport also made it onto J.D. Power's shortlist for best small SUVs.

Ready To Look? The 5 Best Apps and Websites To Buy a New Car 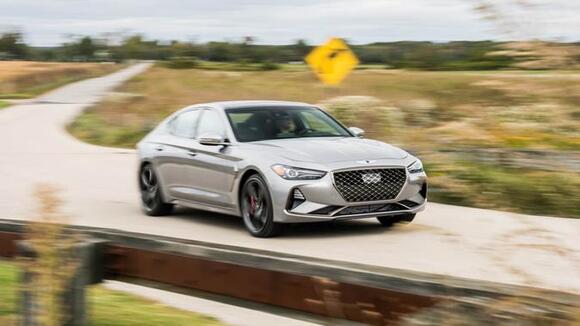 Luxury cars don't always mean "zero problems." In fact, Genesis is 1 of 3 premium manufacturers to create autos that have fewer than average problems in the first few months. The trade-off to having more complex tech in your car is that the tech can require a lot of support.

Find Out: The Best and Worst Time of Year To Buy a New Car 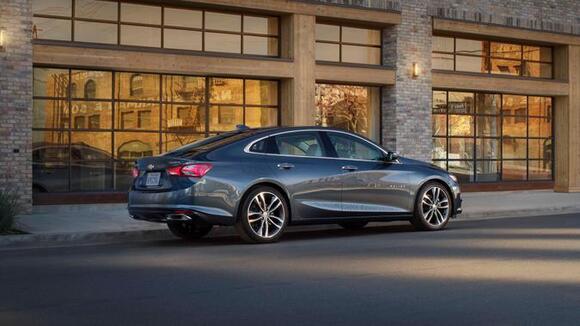 Chevrolet and Ram also make some very reliable vehicles, though these manufacturers trail just a little behind the best on the list. If you're looking for the most reliable vehicle, though, you may want to check out the Chevy Sonic, which achieved the study's best score -- only 103 problems per 100 vehicles.

Related: 35 American Cars To Buy Now That the Auto Industry Is Back 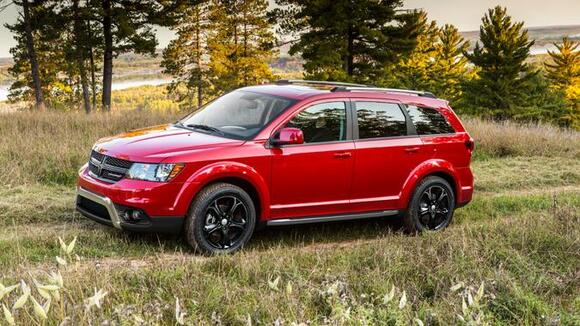 You can't go wrong with Dodge or Kia if you're looking to spend as little time as possible at the dealership. At 136 problems per 100 vehicles, these manufacturers made some of 2020's most reliable cars. It's important to keep in mind that "problems" aren't always defined as issues regarding safety. In many cases, you're looking at something trivial, like a Bluetooth connection issue.

The Best of the Rest -- and the Worst

Jeep, Lexus, Nissan and Cadillac rounded out the list for cars that have the fewest problems compared to the industry average. If you're looking to avoid problems, though, you may want to think hard before you settle on a Volvo, Audi or Land Rover. These cars report more than 200 problems per 100 new vehicles. And though Teslas definitely have a cool factor, these cars were rated as having 250 problems per 100 vehicles.

This article originally appeared on GOBankingRates.com : The Most Reliable Car Brands on the Road

Every driver eventually stares down the dreaded decision of whether it's worth putting another dollar into a trusty and beloved old vehicle. Cars depreciate quickly, they fall victim to the cumulative...
BUYING CARS・3 DAYS AGO
GOBankingRates

Shopping for a car can quickly go from exciting to stressful, especially when you're sticking to a budget. According to Kelley Blue Book, as of May 2020, a new small car averages $20,000, while the...
BUYING CARS・26 DAYS AGO
GOBankingRates

Social Security Schedule: When the First COLA Checks Will Arrive in January 2022

The Social Security Administration has released the schedule of Social Security payments for 2022. These payments will include the cost-of-living adjustment.
PERSONAL FINANCE・1 DAY AGO
informnny.com

Used car prices have seen record highs over the past 15 months as the result of the global microchip shortage. According to a recent iSeeCars.com analysis of over 1.9 million used car sales, used car prices increased 26.2 percent, or $6,454, compared to the same period the previous year. Some...
BUYING CARS・20 DAYS AGO

These 10 Cars Are Actually Worth More Used Than New

One post-pandemic surprise has been the spike in used car prices. In recent months, some used cars are even selling for more than when they were new!. Traditionally, economic uncertainty and less travel means less demand for cars. But surprisingly, many vehicles from the last few model years are selling at a premium compared to their original prices. Various factors have pushed used car prices into stratospheric heights, including:
BUYING CARS・28 DAYS AGO
Consumer Reports.org

Consumer Reports has removed the recommendation of 12 vehicle models, including the Chevrolet Bolt, Hyundai Santa Fe, and Jeep Gladiator, because of their below- or well-below-average reliability as identified in our 2021 auto surveys of CR members. But reliability improvements in 22 models from Acura, Chevrolet, Ford, Honda, Volkswagen, and other automakers allow us to now recommend them for the 2022 model year.
CARS・8 DAYS AGO
24/7 Wall St.

This Is the Slowest-Selling Car in America

A recent analysis reveals that an Acura model is the slowest-selling car in the United States.
BUYING CARS・14 DAYS AGO
24/7 Wall St.

A recent analysis reveals that Genesis dealers have the lowest customer satisfaction in America.
BUYING CARS・15 DAYS AGO

This Is the Least Reliable Car in America

A recent analysis reveals that this is the least reliable car brand in America.
BUYING CARS・7 DAYS AGO
24/7 Wall St.

The U.S. auto market cooled slightly in October compared to the previous month, as the average days to sell increased, but demand still remained high as inventories around the country and the world continued to be constrained because of the shortage in microchips. Automakers had to lower their output, and some even scrapped entire model […]
BUYING CARS・15 DAYS AGO
whio.com

Report: 10 Cars That Hold Their Value the Most

High prices in the auto market have had the effect of extending the value of certain models, according to a new report. The report, from vehicle research site iSeeCars.com, is derived from an analysis of more than 800,000 2016 model year vehicles sold during the first eight months of 2021.
BUYING CARS・24 DAYS AGO
24/7 Wall St.

This Is the Largest Car Company in the World

Want a luxury car but have a budget to stick to? Here are 15 of the least expensive luxury SUVs and cars you can buy.
BUYING CARS・25 DAYS AGO
Interesting Engineering

American carmaker, Buick, has unveiled two new concept vehicles at the recently concluded Auto show in Guangzhou, China, CNET reported. Images released by the media outlet show that both designs are heavily inspired by science-fiction and we will have to wait to see how these roll out in production. Concept...
CARS・3 DAYS AGO
The Car Connection

Bring out your dead: Automakers discontinued these cars for 2022

With low inventories, car shortages, and steep new car prices, it would seem automakers would think thrice before discontinuing any cars for 2022. But the grim reaper’s fickle sickle—the profit motive—comes for all cars, at some time or another. Compact sedans continue to shrink in the growing shadow of crossover...
CARS・28 DAYS AGO
24/7 Wall St.

This Is the Car That Dealers Overcharge for the Most

Fuel economy, horsepower, price tag, safety, the presence or lack of heated massage seats — these are all important factors to consider when buying a new car. One element that’s not as sexy but arguably more important is reliability. Every shiny, futuristic, quiet new Tesla is going to feel impressive when scooting around the dealership, but if it’s plagued by problems a month or two down the road, you may wish you had reconsidered your priorities.
CARS・7 DAYS AGO
WJHL

The best all-wheel drive cars and SUVs you can buy

If you want a vehicle that can handle ice and snow, here are the best AWD vehicles you can buy across a variety of vehicle segments.
BUYING CARS・27 DAYS AGO
MotorAuthority

After their moment in the spotlight is over, concept cars are often forgotten. But Volkswagen recently took a look back at eight of its concepts from the past 30 years, including some fairly unusual ones the world has forgotten about. One of the earliest concepts in VW's retrospective is also...
CARS・19 DAYS AGO
Autoblog

Looking for a great used car but have a limited budget? You're not alone. Cars and trucks are getting pricier with every passing year, and a limited inventory following the ongoing coronavirus pandemic hasn't helped. If you can manage to stretch your budget to $10,000, there are some solid options to choose from in the used marketplace.
BUYING CARS・8 DAYS AGO