Building The Steel Curtain: Bill Nunn To Be Enshrined In Pro Football Hall Of Fame

PITTSBURGH (KDKA) – Legendary Steelers scout Bill Nunn is going into this year’s class of inductees at the Pro Football Hall of Fame.

Nunn will be enshrined as a “contributor.”

And boy, did Nunn ever contribute. 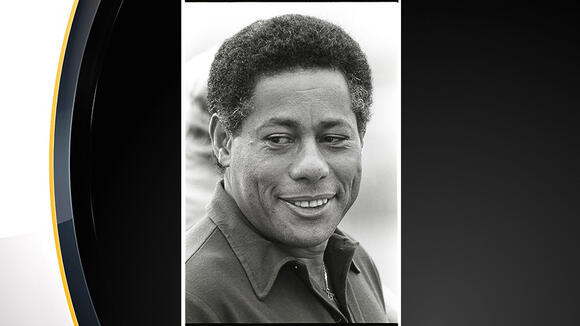 Nunn is no longer with us, but his granddaughter Cydney Nunn is thrilled about the long-overdue honor.

Nunn is credited with scouting and recruiting the legendary players who formed the steel curtain of the ’70s.

It came at a time when there weren’t many Black players in the league.

However, Nunn followed these guys, who played at Historically Black Colleges And Universities.

They never would have been Pittsburgh Steelers had it not been for Bill Nunn.

“It’s absolutely well deserved,” she said. “I would say that no one from that 70’s dynasty would say that they would have done what they did without him.”

She died the night it was announced.

J.J. Watt thankful to be playing after atrial fibrillation

CHARLOTTE, N.C. (AP/KDKA) — J.J. Watt and his wife Kealia have spent the past few months looking at ultrasounds of their unborn son and wishing for the best.They never thought they'd be looking at pictures of Watt's own heart."It's been a week. I'm happy to be here. Happy to...," an emotional Watt said as his voice trailed off and he took a moment to gain control of his emotions.The three-time NFL Defensive Player of the Year helped the Cardinals beat the Carolina Panthers 26-16 on Sunday, just three days after having his heart shocked into rhythm after going into atrial...
NFL・23 HOURS AGO