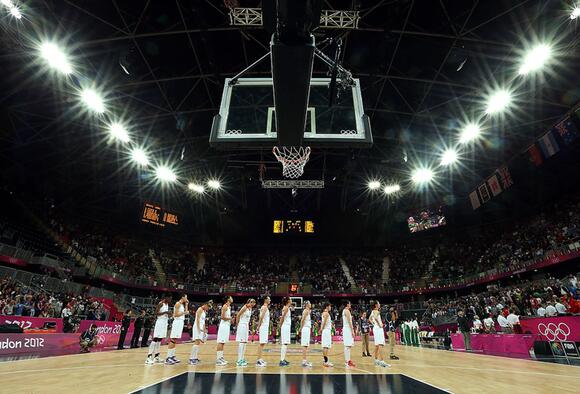 AUSTIN, Texas (AP) — Kirsten Deans scored a career-high 30 points on 12-of-19 shooting, Kysre Gondrezick added 20 points, and No. 21 West Virginia beat Texas 81-75 on Saturday night for the Mountaineers’ 10th win in a row.

Lauren Ebo made a jumper that trimmed the Longhorns’ deficit to 74-72 with 2:47 to play but about 30 seconds later they were called for a 5-second violation on an inbounds play. Deans answered with a jumper and then, after the West Virginia defense got a stop, Martinez made a layup to make it a six-point lead with 1:23 to go.

Virginia has picked up its seventh commitment to the football class of 2022 from a Texas defensive tackle. Anthony “AJ” Holmes Jr., a 6-foot-2, 275-pound lineman from Spring Westfield High School in the Houston, Texas, suburbs, announced his commitment to the Cavaliers on his Twitter account Monday afternoon, after visiting UVA over the weekend.

The Women’s College World Series began Thursday afternoon! Let’s break down what’s happened thus far. Follow JMU’s stunning upset over #1 Oklahoma, Georgia had an opportunity to strike with another upset. Unfortunately for the Bulldogs, they were taken down by Oklahoma State. The Cowgirls won 3-2 and put UGA on the brink of elimination with their victory. It proved to be a hard-fought game, as both teams were scoreless for a bit. But in the bottom of the third, Chyenne Factor struck with a two-run bomb. UGA wouldn’t get on the board until the sixth when Sara Mosley hit a single that scored a run off an obstruction ruling. Oklahoma State followed that with an RBI single by Alysen Febrey, which propped them up 3-1. Although Georgia made it 3-2 in the 7th, this after Ellie Armistead hit a double, they were soon downed by the Cowgirls. Georgia will have their work cut out for them in the loser’s bracket against the vaunted Sooners.

With errors and boneheaded coaching decisions. Virginia should have either taken its starter out after the Clarke ground rule double or walked the batter and pitched to the much weaker behind him. A blind man could see it coming.

PHOENIX -- Arike Ogunbowale scored 22 points, Marina Mabrey added 14 and the Dallas Wings beat the Phoenix Mercury 85-81 on Tuesday night. Mabrey scored on a driving layup with 11.1 seconds left and Ogunbowale added a pair of free throws with 6.9 seconds, each time extending the Wings (4-5) to a four-point lead.

WASHINGTON (AP) — Tina Charles scored 31 points and the Washington Mystics held off the Minnesota Lynx for an 85-81 win on Tuesday night. Charles had four points in the final minute for the Mystics (3-5), a wide-open layup off a midcourt inbounds play at 22.3 seconds and a pair of free throws with 6.4 seconds left.

Copyright 2021 The Associated Press. All rights reserved. This material may not be published, broadcast, rewritten or redistributed.

HOUSTON (AP) — Deneisha Blackwood scored early in the second half and Jamaica defeated Nigeria 1-0 to open the Summer Series on Thursday night. Blackwood, who also plays for the Houston Dash of the National Women's Soccer League, scored in the 51st minute for the Reggae Girlz. She has eight international goals for Jamaica.

The Washington Mystics (3–5) ended a two-game losing streak on Tuesday night, defeating the Minnesota Lynx (3–5), 85–81 at Entertainment and Sports Arena. The contest began with a two-and-a-half-minute scoring drought, with Ariel Atkins (17 points) hitting the game’s first basket at 7:37. An 8-0 Minnesota run pushed the deficit to six and prompted a Mike Thibault timeout midway through the first.

MINNEAPOLIS (FOX 9) – Officials with the USL W League, a women’s pre-professional soccer league starting in May 2022, will have Minnesota as one of eight inaugural franchises. The league will serve as the nation’s top pre-professional league, developing top women’s soccer talent across the country. Minnesota’s franchise was created...

The Essex softball and baseball teams traveled to Stanton Saturday, June 12 as the opponents to finish off Baseball Day activities in Stanton and the home team celebrated 12-2 victories in both contests. The Viqueens scored three runs in each of the first two innings to open up a 6-1...

An 18-year-old Arlington Aquatic Club swimmer from Virginia broke an Olympic record in the 100-meter butterfly by less than half a second over the weekend. Torri Huske surpassed the American Olympic record for the event by two-tenths of a second at the Olympic trials in Omaha, Nebraska, finishing in 55.78 seconds on Sunday night.