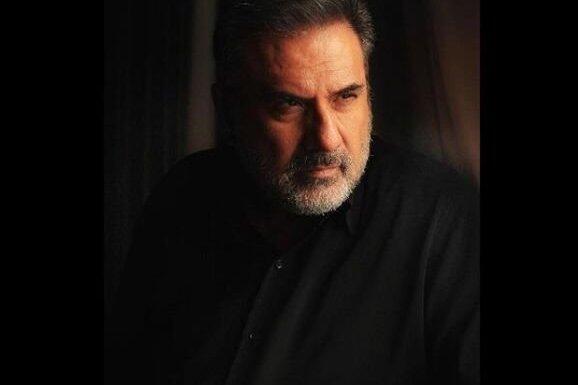 Mumbai, Jan 29 (SocialNews.XYZ) Boman Irani has joined the cast of Mayday. The actor will be seen playing the role of an airline owner in the edge-of-the-seat drama.

Trailer: Ajay Devgn presents the dark and murky world of ZEE5’s Lalbazaar, and promises the end of crime

ZEE5, the largest creator of original content in India is set to premiere police drama LALBAZAAR on Friday, 19th June. Superstar Ajay Devgn introduced the show recently by sharing the poster and teaser on his social media and the internet has been abuzz about what is Lalbazaar, since then. Our...

Marvel fans were in shock earlier this week when it was revealed that Scarlett Johansson had filed a lawsuit against The Walt Disney Company due to breach of contract in regards to the release of Black Widow, with her Avengers: Infinity War co-star Dave Bautista weighing in on the matter, joking that Marvel Studios should have given Drax a solo film instead of Natasha. Given that Johansson has been involved in the MCU for more than a decade, it came as a major surprise to fans to see the conflict with the studio, with Bautista's comment sure to ignite more speculation among fans about whether he's supporting his co-star or siding with the studio, potentially implying there wouldn't have been a lawsuit if they made a Drax movie.

Victoria Cartagena is returning to Gotham City. Cartagena, who starred as Renee Montoya in the first season of the Fox series Gotham, has been cast to play the same character in the upcoming third season of The CW’s Batwoman. But since Gotham is not part of the Arrowverse, Cartagena will...

Another major star is joining Black Panther: Wakanda Forever: Michaela Coel, the creator and star of the critically acclaimed HBO series I May Destroy You (ScreenCrush’s pick for the #1 TV show of 2020), has reportedly signed on for an undisclosed role in the big Marvel sequel. According to Variety,...

Okay, well played Rebecca Serle, you’re stacking this cast with all sorts of greatness and being as When You Were Mine is my favorite book of yours, I am so happy with this casting. When You Were Mine, is being adapted to film, with Kaitlyn Dever set to star as...

Earlier this month, Batwoman season 3 welcomed Robin Givens to its cast as a powerful CEO who is also very protective of her “impetuous” son. Now, we can finally put a face to this characterization. Deadline is reporting that Nick Creegan has booked his own role as a series regular in the upcoming season.

Idol stars including DAY6's Wonpil, former IZ*ONE member Kang Hye Won, and CIX's Hyunsuk are currently in talks to join the cast of web drama 'Best Mistake' season 3!. According to media outlet reports on July 21, DAY6's Wonpil has reportedly been offered the role of a student named Do Ye Suk, a character who becomes entangled with Kim Yeon Du (played by Lee Eun Jae). If cast, the production will mark Wonpil's first ever acting debut role.

Whoopi Goldberg and Danielle Deadwyler (Tyler Perry’s The Haves & The Have Nots) are set to star in Chinonye Chukwu’s upcoming film Till. The film will revolve around the fight for justice Mamie Till-Mobley took for her son Emmit Louis Till after his untimely and horrific murder. Goldberg will play Till’s grandmother, Alma Carthan, while Deadwyler will play Till’s mother. Goldberg will also serve as a producer for the film for MGM’s Orion Pictures along with alongside Keith Beauchamp, Barbara Broccoli, Thomas K. Levine, Michael JP Reilly and Frederick Zollo.

Sanjay Dutt as I know him from day one; writes Jyothi Venkatesh

When Sanjay Dutt celebrates his 62nd birthday today, even while I wish him a happy birthday, I still remember his father and my favorite actor Sunil Dutt’s command to me almost 42 years ago. Command I like to call it because Duttsaab was like a father figure to me since he had always treated me like a son though he used to ply me with the choicest of Scotch whisky at a time when I didn’t even know what the difference between a Scotch whisky and Indian whisky was.

Harrison Ford is ending his time as Indiana Jones in style, as the cast for Indy 5 is officially bonkers. It started with the great Mads Mikkelsen and Phoebe Waller-Bridge, and now the movie has added another standout; the great Antonio Banderas. Ford has had a difficult time shooting the...

Watch Amos Glick’s playful jab at his ‘WandaVision’ character. Before landing the role of Dennis the delivery man on Marvel Studios’ Disney+ series “WandaVision,” Amos Glick didn’t even know who Vision actor Paul Bettany was. While some people would have killed for the chance to join the Marvel Cinematic Universe, for Glick, it’s all more or less gibberish. “I’ve never responded to comic books or superhero stories that much,” he says. “Every time I try to watch a superhero thing and the CGI takes over, I’m lost. I tried, and like five seconds in it’s this massive fighting action flying sequence, and I was immediately bored.”

Around three months ago, Tannaz Irani was in the news for speaking about her overnight replacement in the show Apna Time Bhi Aayega. However, she believes in letting bygones be bygones. The actress is all set to return to TV with Jijaji Chhat Parr Koii Hai. She has been roped in to play a pivotal cameo of a Tantrik in the show. She shares, “Producer Binaiferr Kohli and I go back a long way. I have worked with her in the past. It was easy for me to accept the offer.”

Netflix series Chicago Party Aunt has secured the talents of drag queen RuPaul. It's been revealed that this upcoming 16-episode, adult-oriented animation features the reality TV icon (full name RuPaul Andre Charles) as a bougie salon owner. The show premieres on the streaming service this September. Superstore's Lauren Ash and...

War Films you Should Watch Out For in 2021

You're reading Entrepreneur India, an international franchise of Entrepreneur Media. The OTT platforms are flooded with war movies recently. Hence, book your weekends with fully action-packed war movies. The most exciting top five war movies that you must watch are mentioned below:. Tejas. Fans will get to see Kangana Ranaut’s...