How Much Is Dolly Parton Worth? 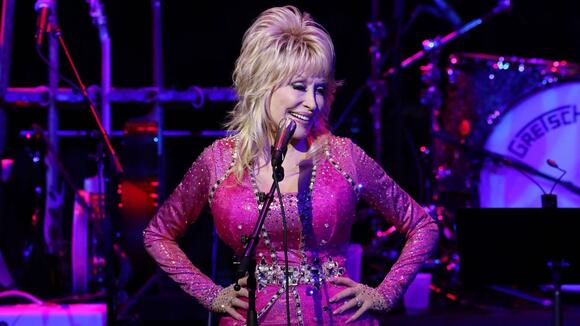 With a career spanning over four decades, Dolly Parton has made a name for herself entertaining the world with her music, movies and theme park. Best known for the iconic songs “Jolene,” “9 to 5” and “I Will Always Love You,” Parton has a net worth of $650 million, according to Celebrity Net Worth.

Parton made her fortune through an entertainment empire that she built with years of hard work. She has created more than 40 top-10 country albums and won nine Grammy awards — a testament to the popularity of her music. Her movies have also been popular at the box office. “9 to 5,” for example, was the second-highest-grossing movie of 1980 behind only “The Empire Strikes Back.”

She earned $10 million in the early 1990s from Whitney Houston’s cover of the song “I Will Always Love You.” Parton also owns several entertainment properties, including Dollywood, hotels and resorts and live-action shows.

Dolly Parton’s career started when she appeared on “The Cas Walker Show” at the age of nine. That performance led to a deal with Goldband Records. After graduating from high school, Dolly moved to Nashville and started working as a songwriter. Her first single as a country artist hit the No. 24 spot on the country chart.

Parton’s career got a boost when she started appearing on “The Porter Wagoner Show.” Porter helped her sign with Victor Records and became her producer and business partner. She scored a number one hit in 1973 with the song “Jolene,” but her biggest hit to date is Whitney Houston’s cover of the song “I Will Always Love You.” Houston’s version stayed at the top spot on Billboard’s Hot 100 for 14 weeks.

In addition to her successful recording career, Parton has worked as an actress; she had notable roles in “The Best Little Whorehouse in Texas,” “9 to 5” and “Steel Magnolias.”

Parton is also an accomplished author. She previously wrote the children’s book, “Coat of Many Colors” as well as a songbook on her life. On March 7, 2022, the book she co-authored with James Patterson, “Run, Rose, Run,” is set to release.

Parton is well-known for her philanthropy. Through her Dollywood Foundation, she supports initiatives like the Imagination Library and the Mountain Tough Recovery Team. In April 2020, she donated $1 million to Nashville’s Vanderbilt University Medical Team. The money helped fund COVID-19 vaccine trials and research into antibody therapies.

In addition to writing books, the country singer gives them away through her Imagination Library program. Since its inception in 1995, the nonprofit has gifted more than 172 million books worldwide to children from birth to kindergarten age.

Find Out: 35 Celebrities You Didn’t Know Were Born Rich
Split Up: The Costly Divorces of Country Music Stars

Dolly Parton and her husband purchased their Brentwood home in 1999 for $400,000. She also owns several entertainment properties besides Dollywood — these include the DreamMore Resort and Spa, Smoky Mountain Opry and cabins in the Smoky Mountains.

This article originally appeared on GOBankingRates.com : How Much Is Dolly Parton Worth?

As a Descendant of East Tennessee Ridge Runners for 250 years I love Dolly and am so proud of her!

We can all use a simpler, more efficient way to manage expenses and save money. Putting your bills on autopay can ensure never forgetting a due date, which minimizes the risk of late fees and...
CREDITS & LOANS・1 DAY AGO
GOBankingRates

Rising home values can quickly transition a reasonable housing market into the type of real estate monster that has consumed places like the San Francisco Bay Area, Los Angeles and New York. While the...
LOS ANGELES, CA・1 DAY AGO
Hello Magazine

Dollar stores are a mainstay in American life, with a 2020 survey indicating that around 60% of Americans had shopped at a Dollar Tree in the previous 12 months. The two heavyweights in the industry...
RETAIL・1 DAY AGO
GOBankingRates

Here's some extra motivation to get your spring cleaning done -- you may uncover unexpected sources of cash. From collectibles to unused electronics, there are likely items around your home that you...
SHOPPING・2 DAYS AGO
GOBankingRates

Though the United States appears to be coming out of the worst of the pandemic, COVID-19 isn't going away any time soon. And there remains the continued risk of another surge as more states relax...
SHOPPING・1 DAY AGO

Let's get one thing out of the way up front -- strictly speaking, there's no such thing as a Social Security "bonus." However, there are definitely steps you can take to enhance the amount of your...
BUSINESS・1 DAY AGO
GOBankingRates

May is shaping up to be a pivotal month for the Supplemental Nutrition Assistance Program (SNAP), which helps more than 41 million people avoid food insecurity. As America's biggest anti-hunger...
PUBLIC HEALTH・2 DAYS AGO
GOBankingRates

A single quarter could be worth more than $200 -- and it has nothing to do with inflation. Learn: 5 Collector's Items Worth Selling for Extra CashExplore: 22 Side Gigs That Can Make You Richer Than a...
BUSINESS・1 DAY AGO

You're planning to retire in the not-so-distant future, which means you'll be living on a fixed income. Therefore, you're looking for a new hometown where you can enjoy life while stretching your...
ECONOMY・5 HOURS AGO
Hello Magazine

Hoda Kotb took to social media to show her support for her co-star and close friend Jenna Bush Hager as she embarked on a brand new adventure. The Today host shared a snapshot of her co-host's book tour schedule, which took her around the country to talk about her latest release with sister Barbara P. Bush.
CELEBRITIES・29 DAYS AGO
Hello Magazine

The Today Show stars, including Hoda Kotb, Savannah Guthrie, and Craig Melvin, are reeling from the death of a beloved fellow Today host, one whose hiring onto the show made history at NBC studios. The co-hosts took a moment out of Monday morning's show to honor the legacy of Jim...
CELEBRITIES・29 DAYS AGO

According to the U.S. Department of Agriculture, emergency allotments were authorized under the Families First Coronavirus Response Act to help address temporary food needs during the pandemic for...
POLITICS・1 DAY AGO
GOBankingRates

Social Security benefits are paid out through a complex formula that factors in how much a taxpayer earned during their working career and at which age they file for benefits. When taken en masse, the...
ECONOMY・1 DAY AGO
GOBankingRates

If you've joined the remote-work revolution, you might have the opportunity to move wherever you want for the first time in your career. If you're looking for a change of pace in a brand-new place,...
TRAVEL・2 HOURS AGO
Popculture

Netflix has canceled another one of its major shows, with this one getting the ax after only two seasons. Variety reports that hit sci-fi drama Raising Dion has been dropped by the streamer, following its recent season debut. The news seems to have been revealed by series star Sammi Haney, who shared the news with fans on Instagram. "Sad to say that Raising Dion is CANCELED [sic] Thank you for all of the amazing support we got from all of our wonderful fans!" Haney wrote, in part. "Season 2 was a success, equal to Season 1, even if just looking at how many people watched all of it and wanted a season 3!"
TV SERIES・27 DAYS AGO