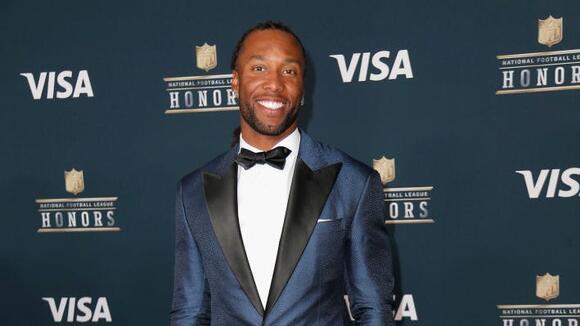 Larry Fitzgerald has spent the last 17 seasons as the face of the Arizona Cardinals' franchise, so it only made sense that he had to find a beautiful home for the times when he wasn't tearing it up on the football field. And it also makes sense that, as his career comes to an end (or has already reached its end), he might want to experience life in a new city.

Though head coach Kliff Kingsbury said that "it'll be a while before anybody knows" of Fitzgerald's ultimate career decision, a real estate move made by Larry Legend might be a small hint.

According to AZ Central, Fitzgerald has sold his huge Paradise Valley, Arizona estate for a whopping $18 million (h/t Randy White of Realtor.com). At that lofty price tag, it's the third most expensive home that has ever sold in Arizona, according to Erin Edgemon of Phoenix Business Journal. 18 million smackers! And here I was thinking that his 17,492 career receiving yards, good for second in NFL history, was a massive number.

Here's how the transaction and the property were described (h/t Chris Coppola of AZ Central):

The 13,929-square-foot luxury home sits on three acres and has four bedrooms and seven bathrooms. The estate grounds feature a pool and a separate guest house.

Additional details provided by Randy White of Realtor.com include a "manicured lawn, basketball court" and a "long, winding driveway that ends in a large motor court at the front door," though images are not readily available.

It appears, then, that catching balls isn't Fitz's only profitable venture. The future Hall of Famer had sold another Paradise Valley mansion to New York Yankees outfield Aaron Hicks in 2019, according to Catherine Reagor of AZ Central.

ok and? how is this newsworthy? good for him for selling his house. lots of other people sell theirs and no one writes an article about them..

I'm a big Larry Fitzgerald fan. Wishing him all the best.