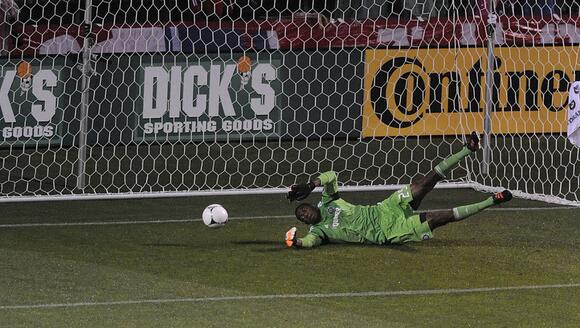 MADRID (AP) — Atlético Madrid said Tuesday that it reached an agreement with striker Diego Costa to rescind his contract by mutual accord.

Atlético said that the 32-year-old Costa had asked to leave for “personal reasons” the club did not disclose. His contract was set to run through June.

Costa has played 215 games in two stints for Atlético separated by a three-year spell at Chelsea, where he won two Premier League titles.

Costa, a Brazilian who acquired Spanish nationality and played for Spain, helped Atlético win the Copa del Rey in 2013 and the Spanish league title in 2014 before joining Chelsea.

But he never recovered the same scoring prowess on returning to the team in 2018. He has scored two goals this season.

Bologna sporting director Walter Sabatini has confirmed they plan to sign Marko Arnautovic. The Austria international is set to join Bologna as a free agent and Sabatini says they'll sign the striker ahead of former Atletico Madrid striker Diego Costa. Sabatini told Radio Nettuno Bologna Uno: "Here, if there is...

Chelsea transfers: Striker agrees to move away from Stamford Bridge

Chelsea has been relatively inactive on the transfer front thus far this summer, absent a few rumors here and there. Blues supporters have turned to outgoing transfers for entertainment this window for that exact reason. Fikayo Tomori and Victor Moses’ departures have earned the club some cash as they represent some of the earliest exits in a surely busy summer. After moving for the former, AC Milan turned its attention to a trio of other Chelsea players.

(NEW YORK) — Lionel Messi and Barcelona have reached a new 5-year agreement for Messi to remain with the club according to an ESPN report. The report also says that Messi will be taking a significant pay cut to remain with the team. The deal comes almost a year after...

Liverpool and Real Madrid among Chelsea’s rivals for superstar transfer

Liverpool, Real Madrid and Juventus are reportedly among the long list of suitors in the transfer of Borussia Dortmund star Erling Haaland. The Norway international has been a world class performer at Dortmund, scoring a remarkable 41 goals in 41 games in all competitions last season to show himself to be one of the most clinical finishers in world football.

AMSTERDAM (AP) — Ajax extended captain Dusan Tadic's contract by one year on Friday to keep him with the Dutch champion until June 2024 and announced the arrival of winger Steven Berghuis from rival Feyenoord. Tadic has 76 goals in 149 games across all competitions for Ajax since joining from...

Southampton manager Ralph Hasenhuttl says "there is no reason to sell" Danny Ings but the striker entering the final year of his contract without a new deal in place is "not a perfect situation". The 28-year-old's contract is due to expire in June 2022 and he has rejected a new...

Besiktas are in advanced talks to sign Leicester City winger Rachid Ghezzal. Fanatik says Ghezzal has agreed personal terms with Besiktas over a long-term contract. The midfielder will now approach Leicester chiefs to confirm his agreement and encourage the Foxes to agree a sale with the Turkish club. Ghezzal spent...

Liverpool have agreed a first professional contract with 17-year-old winger Mateusz Musialowski, a player who has already been dubbed the ‘Polish Messi’ by Reds fans following a sensational solo goal in the Under-18 Premier League last season. That effort from Musialowski, who joined Liverpool from Polish club SMS Lodz last...

Ike Ugbo took part in training on Monday, just as he had been all last week, but it sounds like his time at Chelsea is drawing to an end fairly shortly. According to Fabrizio Romano, the 22-year-old has agreed personal terms with KRC Genk, who had been one of the teams most heavily linked this summer in a transfer worth around £5m, maybe a bit more.

Lionel Messi and Barcelona have reached an agreement for the forward to sign a new five-year deal with the Catalan club, sources have confirmed to ESPN. Sources added Messi has accepted a significant wage reduction to prolong his stay. Messi was a free agent after his contract at Barca expired...

The back and forth between AC Milan and Santos over striker Kaio Jorge continues as a further discount is sought, according to a report. This morning’s edition of La Gazzetta dello Sport (via MilanNews) writes how Milan’s will is to include another striker in the squad to compliment the existing options of Ibrahimovic and Giroud. The first choice is Kaio Jorge, who has a contract with Santos until 31 December 2021.

Diego Simeone admits Saul Niguez 'wants to feel more important' and is unhappy 'playing everywhere' for Atletico Madrid... but boss insists Liverpool and Man United target is still vital for his side

Diego Simeone has insisted that Saul Niguez is still integral to Atletico Madrid but accepted that the midfielder is unhappy with his current role. The Spain international is a target for Barcelona, Manchester United and Liverpool this summer having spent more than a decade at Atletico. Simeone spoke about how...

Atletico Madrid boss Diego Simeone has addressed transfer links with former frontman Antoine Griezmann. Griezmann has been heavily linked with a move to Atletico Madrid as part of a swap deal with Barcelona that would see Saúl Ñiguez go the other way. The most recent reports suggest the deal is...

Diego Simeone tells Real Madrid and Barcelona 'they know they can't make mistakes' as Atletico prepare to defend LaLiga title... while he also seems to shut down talk of Antoine Griezmann's return, saying: 'I hope he is great' at Nou Camp

Diego Simeone has told Barcelona and Real Madrid that 'they know they can't make mistakes' as his Atletico Madrid side prepare to defend their LaLiga crown against Spain's big two clubs next season. Atletico capitalised on their rivals' poor domestic campaigns to seal their first title in seven years -...

Millwall supervisor Gary Rowett has admitted striker Abdul Abdulmalik is probably going to go away the Championship outfit amid curiosity from Rangers, Arsenal, and Watford, talking to the South London Press. It’s not as if the extremely rated ahead goes with the blessing of many at The Den both. Rowett...

Chelsea striker Armando Broja has signed a new deal to 2026. The young striker, who will turn 20 in September, spent last season on loan in the Eredivisie with Vitesse Arnhem, where he made 34 appearances. His 11 goals helped the Dutch side to a fourth-place finish and the final...

The Argentine head coach says he will give the midfielder a "big hug" and wish him luck if he secures a move away from Wanda Metropolitano. Diego Simeone has admitted that Saul Niguez could leave Atletico Madrid this summer amid links with Barcelona and Manchester United. Saul has spent his...

ANTOINE GRIEZMANN's potential return to Atletico Madrid from Barcelona hasn't gone down well with some fans. The 30-year old has been heavily linked with a move back to the La Liga champions this summer, but he could receive a hostile welcome upon his arrival. He left Atletico to join their...

Atletico Madrid manager Diego Simeone has admitted that Saul Niguez struggled to deal with his dip in form last season. Niguez faces an uncertain future with the La Liga giants, with Premier League giants Liverpool and Manchester United monitoring his situation. Jurgen Klopp's Reds are understood to have stolen a...