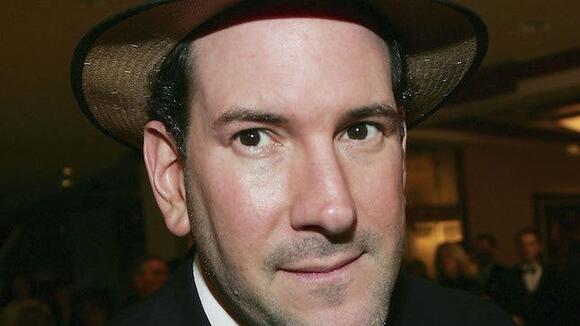 “Congratulations #Warnock on the historic win! GOP should have run the real @AnnCoulter not someone who was trying to ridiculously look and sound like her #Loeffler,” Drudge tweeted Tuesday night, shortly before Warnock was projected the winner of the race. He also included side-by-side images of Coulter, a conservative commentator, and Loeffler.

Loeffler received the backing of Republicans and President Trump ahead of Tuesday’s runoff election. Last September, she described herself as "more conservative than Attila the Hun" in a campaign ad ahead of the Nov. 3 special election in which she faced several candidates, including Rep. Doug Collins (R-Ga.). Collins, a vocal House ally of the president, criticized her at the time, particularly over stock sales ahead of the coronavirus outbreak. The Senate Ethics Committee, however, cleared her of any wrongdoing in connection with the trades.

Drudge, a major contributor to the early online conservative media ecosystem, became increasingly critical of Trump in 2020, with the president frequently firing back. Trump has blasted Drudge on Twitter and repeatedly promoted alternative conservative news aggregators. Drudge, meanwhile, mocked Trump with the headline “You’re Fired” after President-elect Joe Biden was projected the winner of the election in November.

Warnock's defeat of Loeffler makes him the first Black senator in Georgia history. While the state's other Senate runoff race has yet to be called, Democratic candidate Jon Ossoff currently leads incumbent Republican David Perdue , whose Senate term ended on Sunday. If Ossoff wins the seat, the Senate will be split evenly, with Vice President-elect Kamala Harris breaking ties.

Texas Democrats in Washington, D.C., to meet with Stacey Abrams and the Clintons

Texas House Democrats will meet virtually Thursday morning with voting rights activist Stacey Abrams, former Secretary of State Hilary Clinton and former President Bill Clinton in their latest series of bids with the nation’s most powerful Democratic leaders. More than two weeks into their stay in Washington, Texas Democrats have...

Sen. Warnock: Voting rights supersede everything that Congress should do

Georgia Senator Raphael Warnock says there is nothing more important than getting voting rights done this Congress. In an interview with Audacy's Maria Boynton, Senator Warnock said, "We argue about a whole range of issues, but democracy is the framework in which these debates take place and it's our democracy that's in peril right now."

In a provocative Substack post, Matthew Yglesias suggests that vice president Kamala Harris poses a serious problem for the Democratic Party. On the one hand, she's quite likely to be her party's next presidential nominee, in either 2024 or 2028 (depending on whether 78-year-old Joe Biden runs for re-election and/or lives long enough to complete one or both terms). On the other hand, her popularity lags behind Biden's, and the general sense in Washington is that she's politically inept.

WASHINGTON—I’m back, ye pack o’bastids. The free ride is over. I haven’t been here since the first time they impeached the last guy, and if that isn’t the damndest sentence I’ve ever written about American politics, it’ll do until another one comes along. We are in the middle of the end-of-session bloodbath as Congress tries to get an infrastructure deal passed that everybody wants, and that everybody wants to kill so that they can blame everybody else for having done so next year, when it’s time to run for office again. This is the way things work when the majority in both houses is a slim one, and the minority party is perpetually seconds away from smearing mud on its face and sacrificing people to Baal.

Sen. Ted Cruz (R-TX) responded to reports on the border crisis on Hannity Wednesday. Cruz puts the blame directly onto President Biden, saying his election lead to “a COVID super-spreader event.”. First, the Texas senator described his recent visit to the border. “I have seen cages of little boys and...

(CNN) — Rep. Adam Kinzinger, one of just two Republicans on the House select committee investigating the January 6 insurrection, said Wednesday that "a lot" of GOP lawmakers have privately conveyed support to him, as he stressed that "nobody actually believes" the election was stolen from former President Donald Trump.

Pelosi, Schumer to huddle with Biden on voting legislation

WASHINGTON — (AP) — Top congressional Democrats will huddle with President Joe Biden at the White House on Friday, looking to salvage their effort to enact federal voting legislation that could counter state laws restricting access to the ballot. The meeting between Biden, House Speaker Nancy Pelosi and Senate Majority...

Is a fourth stimulus check off the table now? While there's still public support for additional relief aid -- including a petition calling for $2,000 extra per month -- Congress is keeping talk of another round of payments on the back burner this summer and there's nothing about another payment included in any of President Joe Biden's recent proposals. Signs of an economic rebound and the COVID-19 vaccine rollout could be factors, though it's still debatable how the recovery will play out.

CLEVELAND, Ohio -- Tuesday the House Jan 6 Select Committee held their first hearing since subversive Trumplican Rep. Jim Jordan was rejected as a member of the Committee in part because he may be a material witness subpoenaed to testify before it. The Committee heard from four Washington D.C. Metropolitan...

Capitol cops BACK DOWN after Republican backlash over order to arrest staff and visitors who break Pelosi's mask mandate: Fury at CDC for reinstating masks but NOT releasing data behind decision

U.S. Capitol Police backed down on Thursday and said they would ask people in the House of Representatives not wearing a face mask to leave after Republican lawmakers blasted a memo that stated such individuals would be arrested. The agency did not specifically rule out arrests, but did say it...

Illinois Rep. Adam Kinzinger divulged this week that "a lot" of his fellow Republicans have privately been encouraging his work on the newly empaneled House Select Committee investigating the causes and events of the Jan. 6 insurrection. Asked by CNN's Wolf Blitzer on Wednesday whether any of his Republican colleagues...

House Speaker Nancy Pelosi (D-Calif.) appeared to call House Minority Leader Kevin McCarthy (R-Calif.) a “moron” on Wednesday, and the name instantly began haunting him on social media. One common image making the rounds was a doctored C-SPAN screenshot that made one small tweak to the lawmaker’s name:. Earlier this...

Tim Ryan's explosive speech against House Minority Leader Kevin McCarthy's comments on face masks has been viewed more than 1 million times as the Ohio representative was widely praised on social media for his remarks. During a speech on Wednesday, Ryan spent his allotted time speaking about Republican lawmakers who...

Senate Minority Leader Mitch McConnell (R-Ky.) is urging his fellow Republicans to buck up Sen. Kyrsten Sinema of Arizona — a Democrat, sources familiar with the conversations tell Axios. Why it matters: Republicans view Sinema and her moderate Democratic colleague Sen. Joe Manchin of West Virginia as their last line...

WATCH: Elizabeth Warren Pushes Back on Pelosi, Says Biden ‘Does Have the Power’ to Cancel $50K in Student Debt

Rep. Lauren Boebert threw a mask at a staffer who asked her to wear one, as some GOP lawmakers refused to follow the House's new mask mandate

The Capitol's attending physician reimposed the mask mandate earlier this week in response to the Delta coronavirus variant sweeping the US.