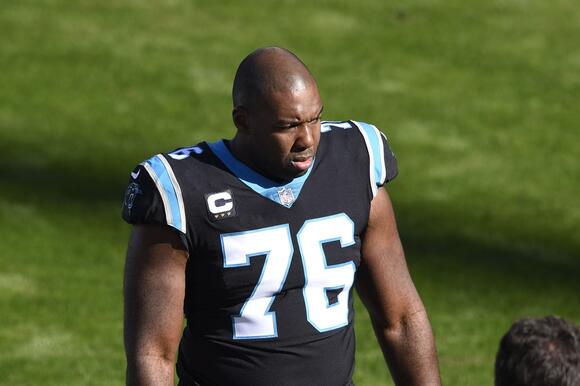 Russell Okung, Carolina Panthers offensive lineman, has become the first professional athlete to have at least part of his salary paid in Bitcoin.

Back in May of 2019, Okung posted a tweet that read, “Pay me in Bitcoin.” On Tuesday morning, he posted “Paid in Bitcoin”.

NFL Network’s Ian Rapoport reports that half of Okung’s $13 million salary will be paid in the crypto currency thanks to a partnership with Bitcoin company strike.

“Money is more than currency; it’s power,” said Okung in a release from Strike. “The way money is handled from creation to dissemination is part of that power. Getting paid in Bitcoin is the first step of opting out of the corrupt, manipulated economy we all inhabit. Bitcoiners are not only disrupting the status quo, we are reclaiming power that is rightly ours. PAY MEIN BITCOIN today becomes a reality thanks to Strike and the Panthers front office. This is the acknowledgement of a new way, a new path and a new future that recognizes diversity in finance and a reclamation of true financial control.”

“Strike users can easily spend wherever bitcoin is accepted and with the launch of our bitcoin payday product everyone has a simple way to get paid in bitcoin” announced Jack Mallers, founder and CEO of Strike. “Today anyone can sign up for early access at payday.strike.me.” With no fees, and features like cashback, Strike offers the cheapest way to buy, spend, and send Bitcoin.

Strike is the first app that lets your bank account interact with the world’s first natively digital asset class and payday is the first of many products launching in 2021.

Rapoport says that when Okung’s paycheck arrives, the money is automatically converted into Bitcoin.

Bitcoin is a virtual currency that can be used to purchase goods and services but not all retailers accept the form of money and some countries have even banned the currency.