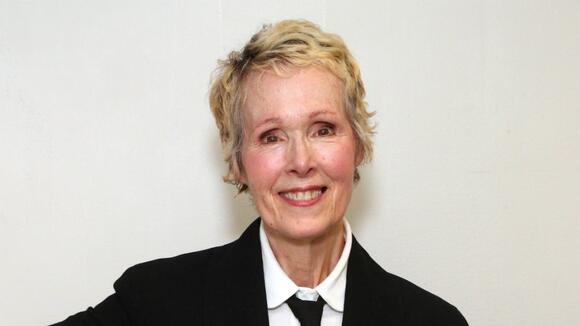 E. Jean Carroll is offering to delay collecting testimony and DNA evidence in her defamation case against President Trump , whom she has accused of sexual assault, if he gives up other records related to the case.

The offer comes as the Department of Justice appeals a ruling from District Judge Lewis Kaplan, in which he found that the president is not an employee of the government and that Carroll’s allegations are not connected to actions in his official capacity.

Lawyers for Trump have argued that proceedings should be halted pending the 2nd Circuit Court of Appeals’s decision, arguing that the president would suffer irreparable harm from discovery.

In a legal filing on Thursday, Carroll’s lawyers argued that discovery in the case should continue while the appeal is ongoing. However, they said depositions and Carroll’s request for a DNA sample can wait until the 2nd Circuit issues a ruling.

However, Carroll’s lawyers also argue that the president has already “engaged in substantial document discovery” when the case was still in state court, contradicting the claim of irreparable harm.

The filing says the case is “unlikely to involve many documents and any burden on President Trump’s official duties will end when he leaves office in a few weeks.”

A footnote at the end of that sentence takes aim the president’s assertions that he won the 2020 election, saying “the Court need not indulge such dangerous nonsense in deciding whether to stay proceedings here.”

In June 2019, Carroll published her allegation that Trump sexually assaulted her in a New York department store dressing room in the 1990s. Trump has denied Carroll’s allegations, leading her to sue him for defamation.

She has requested a DNA sample to compare against genetic material from what she was wearing at the time.

The FBI revealed new information on its sexual misconduct investigation into Justice Brett Kavanaugh before his confirmation to the Supreme Court. In a letter sent to two Democratic senators, the agency said it received more than 4,500 tips on the then-judge in 2018, but only the "relevant" ones were sent to the Trump White House, and it's not clear what happened after that. Kavanaugh has repeatedly denied allegations of sexual misconduct. Jan Wolfe, legal affairs correspondent for Reuters, joined "CBSN AM" to discuss.

Democrats continue to admonish FBI over handling of Kavanaugh complaints

Several Democratic senators demanded more answers from the FBI about its handling of Supreme Court Justice Brett M. Kavanaugh’s background investigation three years ago, when decades-old allegations of sexual assault were leveled against President Donald Trump’s nominee to the bench, bitterly dividing lawmakers over his suitability for the lifetime appointment.

The Department of Justice (DOJ) is facing a decision over whether to help insulate Rep. Mo Brooks from a civil lawsuit claiming the Alabama Republican was among those responsible for inciting a mob to storm the Capitol on Jan. 6. How the DOJ answers the legal argument from Brooks, who...

Rachel Maddow considers the possibility that a delay in the indictment of Donald Trump friend and inauguration committee chair Tom Barrack, as reported by CNN, could be part of an apparent pattern of corrupt deference to Trump associates by the Department of Justice in the Trump era, or perhaps a stall to wait out Trump's pardon power. July 24, 2021.

Kavanaugh conspiracy? Demands to reopen investigation ignore both facts and the law

It appears Washington has another conspiracy to make this a long, hot summer. Indeed, the conspiracy du jour has all of the favorite elements: a corrupted FBI, a powerful protected person, buried evidence of possible crimes. If it sounds like a Russia investigation redux, think again. For years, Democrats in...

WASHINGTON (Reuters) -Seven Democratic senators on Thursday said that newly released materials show the FBI failed to fully investigate sexual misconduct allegations against U.S. Supreme Court Justice Brett Kavanaugh when he was nominated to the court in 2018. The senators, including Sheldon Whitehouse and Chris Coons, said a letter they...

Former President Donald Trump on Sunday voiced concerns about "unexpected rulings" in the Supreme Court, saying the court has issued rulings unfavorable to the Right "because the nine justices do not want to be packed."

President Biden has made a habit of not talking too much about his predecessor, former President Trump . That changed big time on Tuesday, when Biden gave a spirited voting rights speech in Philadelphia. Biden didn’t mention Trump by name but repeatedly criticized the man he unseated as president, slamming him for “the big lie” that the 2020 election was stolen.

(CNN) — Two Democratic members of Congress are asking the Justice Department's inspector general to open an investigation into whether the probe of Trump ally Tom Barrack, indicted earlier this week, "was inappropriately suppressed," after CNN reported Wednesday that prosecutors had enough evidence to charge him last year. Reps. Ted...

A June 30 letter from the FBI revealed that the bureau got over 4,500 tips about the now-Supreme Court Justice Brett Kavanaugh.

Tom Barrack, Donald Trump and the (other) most corrupt White House in history

The criminal charges brought last week against Tom Barrack, a major fundraiser for former President Donald Trump’s 2016 campaign and chairman of his 2017 inaugural committee, were simply the latest in a long string of indictments (and convictions) of high-level Trump associates. (A spokesperson for Barrack, who was released Friday on $250 million bond, said the former fundraiser “has made himself voluntarily available to investigators from the outset. He is not guilty and will be pleading not guilty.”)

Senate Democrats are demanding that the FBI hand over "all records and communications" related to the FBI tip line set up to investigate Supreme Court Justice Brett Kavanaugh when he was a nominee in 2018. Why it matters: The ask comes after the FBI revealed it received more than 4,500...

WASHINGTON (AP) — Senate Democrats are raising new concerns about the thoroughness of the FBI’s background investigation of Supreme Court Justice Brett Kavanaugh after the FBI revealed that it had received thousands of tips and had provided “all relevant” ones to the White House counsel’s office. FBI Director Christopher Wray,...

Top U.S. were so concerned that former President Trump might stage a coup or take other illegal actions after his 2020 election loss that they discussed informal plans to stop him, according to excerpts from a forthcoming book obtained by CNN. Chairman of the Joint Chiefs Gen. Mark Milley and...