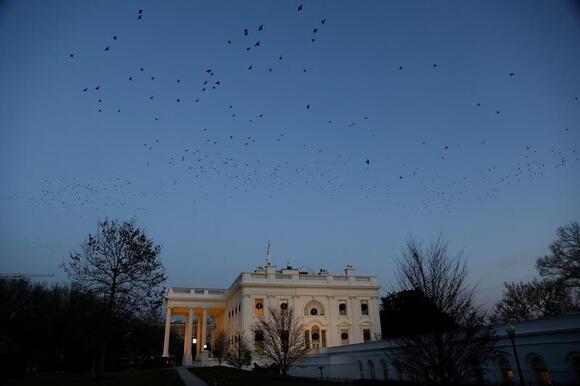 “What Texas is doing in this proceeding is to ask this court to reconsider a mass of baseless claims about problems with the election that have already been considered, and rejected, by this court and other courts,” Josh Shapiro, Pennsylvania’s Democratic attorney general, wrote in a filing to the nine justices.

Texas filed the long-shot suit against the four election battleground states on Tuesday directly with the Supreme Court. It asked that the voting results in those states be thrown out because of their changes in voting procedures that allowed expanded mail-in voting during the coronavirus pandemic.

Trump’s campaign and his allies already have been spurned in numerous lawsuits in state and federal courts challenging the election results. Legal experts have said the Texas lawsuit has little chance of succeeding and have questioned whether Texas has the legal standing to challenge election procedures in other states.

Biden, a Democrat, defeated Trump in the four states in the Nov. 3 election. The Republican president won them in the 2016 election.

The Texas lawsuit, Shapiro wrote, was adding to a “cacophony of bogus false claims” about the election.

Trump has falsely claimed he won re-election and has made baseless allegations of widespread voting fraud. State election officials have said they have found no evidence of such fraud.

Dana Nessel, Michigan’s Democratic attorney general, listed the many cases filed in that state that Trump and his backers have lost.

“The challenge here is an unprecedented one, without factual foundation or a valid legal basis,” Nessel wrote in Michigan’s filing.

Chris Carr, Georgia’s Republican attorney general, said Texas cannot show it has been harmed by the election results in other states.

“The novel and far-reaching claims that Texas asserts, and the breathtaking remedies it seeks, are impossible to ground in legal principles and unmanageable,” Carr wrote in Georgia’s filing.

Josh Kaul, Wisconsin’s Democratic attorney general, noted that Trump already had obtained recounts in the two most heavily Democratic counties in the state, showing no problems with the results.

“There has been no indication of any fraud, or anything else that would call into question the reliability of the election results,” Kaul wrote in Wisconsin’s filing.

Trump filed a motion with the court on Wednesday asking the justices to let him intervene and become a plaintiff in the suit filed by Ken Paxton, the Republican attorney general of Texas and an ally of the president. Trump met on Thursday with Paxton and other state attorneys general who support the suit.

Twenty states joined the District of Columbia in filing a brief lodged by Democratic officials on Thursday backing the four states targeted by Texas. Seventeen other states on Wednesday filed a brief urging the justices to hear the case in filings by Republican officials. Arizona filed its own brief signaling an interest in the case without explicitly taking sides.

“The Supreme Court has a chance to save our Country from the greatest Election abuse in the history of the United States,” Trump wrote on Twitter on Thursday, repeating his unfounded allegations that the election was rigged against him.

The Texas lawsuit does not make specific fraud allegations. Instead, Texas said changes to voting procedures removed protections against fraud and were unlawful when the reforms were made by officials in the four states or courts without the approval of the states’ legislatures.

Democrats and other critics have accused Trump of aiming to reduce public confidence in U.S. election integrity and undermine democracy by trying to subvert the will of the voters.

One Republican state attorney general, Dave Yost of Ohio, filed a separate brief on Thursday disagreeing with the Texas proposal that votes be tossed out, saying that it “would undermine a foundational premise of our federalist system: the idea that the States are sovereigns, free to govern themselves.”

Texas asked the Supreme Court to immediately block the four states from using the voting results to appoint presidential electors to the Electoral College and allow their state legislatures to name the electors rather than having the electors reflect the will of the voters. All four of the targeted states have Republican-led legislatures.

Biden has amassed 306 electoral votes - exceeding the necessary 270 - compared to Trump’s 232 in the state-by-state Electoral College that determines the election’s outcome. The four states contribute 62 electoral votes to Biden’s total.

Reporting by Lawrence Hurley; Additional reporting by Jan Wolfe and Brad Heath; Editing by Will Dunham

Democratic ex-cop Demings closes in on Republican Rubio in Florida

Sept 26 (Reuters) - When Evan Milligan, a voting rights activist and organizer, scans his hometown of Montgomery, the capital of the state of Alabama, he sees a tale of two cities.
ALABAMA STATE・1 DAY AGO
Business Insider

"You guys can instead sing kumbaya with them and hope they'll just stop, but what you're proposing doesn't work," Cruz said to a heated audience.
TEXAS STATE・2 DAYS AGO
Business Insider

Liz Cheney said she'll do "everything I can" to ensure Trump is not a 2024 presidential nominee. Speaking at Texas Tribune Fest, she said if Trump is the GOP candidate, she "won't be a Republican." The recently primaried vice chair of the Jan 6 committee has historically voted conservatively. Speaking...
WYOMING STATE・2 DAYS AGO

Hurricane Ian is projected to continue rapidly strengthening after moving over Cuba, and AccuWeather forecasters have rated the storm a 3 on its RealImpact Scale for hurricanes when it slams into Florida due to threats including excessive rainfall, storm surge, winds and even severe weather. But, Ian’s impacts will be far from over in the United States.
FLORIDA STATE・1 DAY AGO
Newsweek

At an event with Republican Senator Mitch McConnell on Monday, Sinema vowed not to back down from her position on the filibuster.
ARIZONA STATE・22 HOURS AGO
Reuters

Sept 27 (Reuters) - The U.S. Department of Labor is expected to unveil a proposed rule in coming weeks that would make it harder for companies to treat workers as independent contractors, potentially upending the gig economy and other industries that rely heavily on contract labor.
U.S. POLITICS・56 MINUTES AGO

Florida scrambles to prepare as Hurricane Ian churns toward coast

Sept. 27 (UPI) -- Five members of the far-right militia group the Oath Keepers will go on trial Tuesday facing the most serious charges connected with the Jan. 6, 2021 attack on the U.S. Capitol. Jury selection will begin in Washington, D.C. for Oath Keepers founder Stewart Rhodes, along with...
WASHINGTON, DC・14 MINUTES AGO
Reuters

WASHINGTON, Sept 27 (Reuters) - After weeks of lobbying the White House on how gig workers should be treated, the rideshare, delivery and retail industries are bracing for a new rule that is likely to make it easier to classify them as employees, multiple sources say. A proposed rule from the Department of Labor, aimed at defining whether gig workers for companies including Uber (UBER.N), Lyft (LYFT.O), DoorDash (DASH.N) and retailers such as Amazon.com Inc are misidentified as independent contractors, is under review at the White House's Office of Information and Regulatory Affairs (OIRA) and is expected to be released in coming weeks.
RETAIL・59 MINUTES AGO
The Independent

The January 6 House select committee will likely screen video footage of Trump-ally Roger Stone this week during what could be their final public hearing, The Washington Post reported.Danish filmmakers told the news outlet that though they were initially hesitant to cooperate with the congressional investigation, they decided this week to comply with a subpoena from the committee.Meanwhile, a Capitol rioter who received a call from the White House during the January 6 insurrection has been publicly named for the first time as text messages emerged shedding new light on then-chief of staff Mark Meadows’ efforts to overturn the...
POTUS・24 MINUTES AGO

WASHINGTON, Sept 27 (Reuters) - The U.S. Senate will take an initial vote on a stopgap spending measure on Tuesday to keep federal agencies running past the end of this week, while Congress continues to negotiate bills to fund the government through the next fiscal year.
FOREIGN POLICY・1 HOUR AGO
Reuters

NEW YORK/WASHINGTON, Sept 26 (Reuters) - Three men, including a father-and-son duo, were criminally charged on Monday with orchestrating a market manipulation scheme that briefly caused the owner of a tiny New Jersey deli to have a more than $100 million market valuation.
PUBLIC SAFETY・18 HOURS AGO
Reuters

WASHINGTON, Sept 26 (Reuters) - The U.S. Justice Department said on Monday it would appeal a judge's ruling that U.S. Sugar Corp's plans to buy rival Imperial Sugar Co was legal under antitrust law, according to a court filing.
CONGRESS & COURTS・5 HOURS AGO
Reuters

WASHINGTON, Sept 26 (Reuters) - Negotiators of a stop-gap spending bill in the U.S. Congress have agreed to include nearly $12 billion in new military and economic aid to Ukraine in response to a request from the Biden administration, sources familiar with the talks said on Monday.
FOREIGN POLICY・17 HOURS AGO