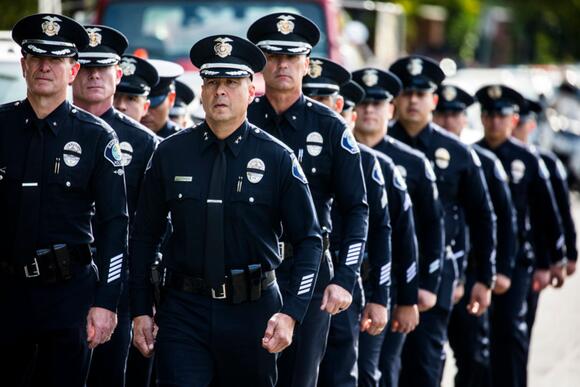 There were no injuries and no buildings were threatened at the scrapyard in Fort Pierce, Florida, the St. Lucie County Fire District said in a tweet.

Firefighters estimated that between 35 and 40 cars were destroyed.

A cause of the fire wasn’t immediately known.

SANTA ROSA BEACH, Fla. (AP) — A shark bit a Florida man who was swimming near a fishing line 40 yards from the shore. The South Walton Fire District said in a news release posted on Facebook that the man had visible wounds to the upper body and chest area and was taken to a local hospital, where he is expected to recover.

MERRIMACK, N.H. (AP) — A woman jumped from a second-story balcony to escape a burning home in Merrimack and two firefighters were injured while battling the fire, New Hampshire authorities said. The fire started near 7 p.m. Thursday at the home on Baboosic Lake, and crews initially received reports that...

Crews recover body of man from lake after possible drowning

Motorcyclist killed, another hurt in crash on Long Island

NORTH MERRICK, N.Y. (AP) — A motorcyclist was killed and another was injured in a crash Thursday on the Southern State Parkway on Long Island, state police said. Two motorcycles and two other vehicles were involved into the incident around 5:15 p.m. near Exit 31 in North Merrick, state police said.

Fire at state prison in Sioux Falls sends 3 to hospital

SIOUX FALLS, S.D. (AP) — Investigators are looking into what caused a fire at the South Dakota State Penitentiary in Sioux Falls. The fire that damaged the carpentry shop at the prison sent three staff members to the hospital for possible smoke inhalation, KELO-TV reported. According to authorities, Sioux Falls...

WESTPORT, Conn. (AP) — A woman and her 7-year-old daughter were found dead Thursday in a Westport, Connecticut home, police said. Authorities found the bodies around 4 p.m. while responding to a report of an unresponsive woman, police said. The matter is under investigation. Police remained at the home, a...

ST. LOUIS (AP) — A suburban St. Louis man has been charged with several counts in the January death of a man police say died when he was run over in his own yard while the suspected driver was high on fentanyl. Reginald Newtall, 40, of the Spanish Lake community...

Rampaging bear in Japan injures 4 before being shot dead

TOKYO (AP) — A wild brown bear on the the loose all night in a city in northern Japan wounded four people, entered a military camp and disrupted flights at the airport Friday before being shot and killed by authorities. The bear was seen wandering through the streets of Sapporo...

RAYTOWN, Mo. (AP) — A suburban Kansas City man accused of killing his roommate during an argument over a locked door told investigators he shot the other man to protect himself from being attacked, police said. Robert Matlock Jr., 43, is charged with second-degree murder and armed criminal action in...

SOMERSET, Ky. (AP) — The remains of a sailor from Kentucky who died in the World War II attack on Pearl Harbor have been identified, officials said. Authorities used DNA as well as dental and anthropological analysis to identify Navy Seaman 2nd Class Floyd D. Helton, 18, of Somerset, the Defense POW/MIA Accounting Agency said Wednesday in a statement.