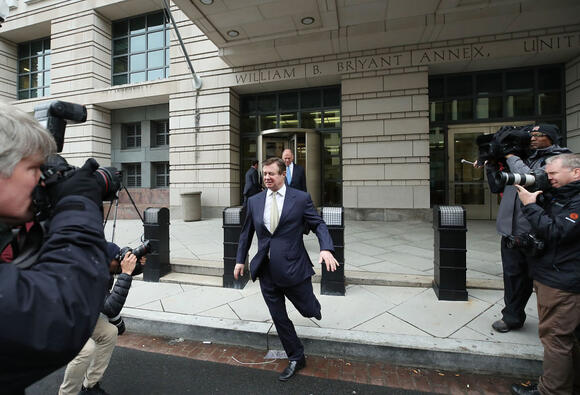 CLAIM: The U.S. Army raided the Frankfurt office of the Spanish election software company Scytl to seize servers that had evidence of voting irregularities in the Nov. 3 U.S. election.

AP’S ASSESSMENT: False. Both the Army and Scytl told The Associated Press the claim is not true. Furthermore, Scytl does not have offices or servers in Frankfurt, Germany.

THE FACTS: Social media users Saturday were sharing reports published by conservative websites claiming servers that would reveal wrongdoing in the U.S. election had been confiscated by U.S. military forces in Germany. Most posts said the servers belong to the software company Scytl, which is based in Barcelona, and some suggested the servers housed information from Dominion Voting Systems.

The false claims followed a Zoom call this week that featured Republican Rep. Louie Gohmert, of Texas, suggesting that “U.S. Army forces” had seized servers from a Frankfurt office of the software company Scytl.

In his remarks, which were widely shared on social media, Gohmert acknowledged that the information about the alleged raid only came from a “German tweet in German,” and had said, “I don’t know the truth.”

The Associated Press reached out to Gohmert’s spokesperson but did not hear back.

In his recorded remarks, Gohmert said he had heard from “former intel people” that Scytl maintained data that could be “gleaned” to prove Republican votes had been changed to Democrat in the Nov. 3 election.

But, according to the company, Scytl does not tally votes. Nor is there credible evidence Republican votes were changed to Democratic votes in the election.

When asked by The Associated Press if the Army had engaged in an operation to recover servers in Germany, an Army spokesperson responded Saturday, “Those allegations are false.”

In the statement Scytl said: “We do not have servers or offices in Frankfurt” and “The US army has not seized anything from Scytl in Barcelona, Frankfurt or anywhere else.” It also says Scytl does not “tabulate, tally or count votes in the US.”

Jonathan Brill, the president and general manager for Scytl’s U.S. division told the AP, “Scytl products sold to US customers are fully housed in the US, utilizing Amazon Web Services and have never been housed in Germany.”

The company provided four election-related products to city, county and state clients for the Nov. 3 U.S. election, including an interface to train election workers, online tools to educate voters, an online platform for voters to request absentee ballots and an online platform to display real-time election results tabulated by local election officials.

Scytl and Dominion do not have ties to one another, according to statements from both companies.

“There is no truth whatsoever to the claims,” a Dominion spokesperson wrote in an email when asked if the company stored data on servers in Germany and if it was aware of a U.S. military operation to seize those servers.

The claim is the latest in a series of false information that has circulated about Dominion Voting Systems since the election, including the meritless theory that the company’s voting machines deleted or switched Trump votes.

There is no evidence of widespread fraud in the 2020 election. In fact, election officials from both political parties have stated publicly that the election went well and international observers confirmed there were no serious irregularities.

This is part of The Associated Press’ ongoing effort to fact-check misinformation that is shared widely online, including work with Facebook to identify and reduce the circulation of false stories on the platform.

German police are investigating an “alleged sonic weapon attack” against staff of the US embassy in Berlin, in the latest in a growing number of incidents of “Havana syndrome” around the world. The police statement, which said the investigation had been under way since August, was issued on Friday in...
PUBLIC SAFETY・16 DAYS AGO
Newsweek

Stone said Dr. Anthony Fauci should be "prosecuted" while speaking at an anti-vaccination conference in Nashville.
NASHVILLE, TN・23 HOURS AGO
Fox News

Former President Barack Obama traveled to New Jersey on Saturday to campaign for Gov. Phil Murphy and claimed that he understands why Americans are questioning when COVID-19 mandates will end. BIDEN LEANS MORE ON OBAMA WITH WHITE HOUSE UNDER PRESSURE FROM MULTIPLE CRISES. "The science says it's the right thing...
POTUS・22 HOURS AGO

This Valuable Coin Might Be Hiding in Your Change

When was the last time you looked through your change? Many of us barely notice it at all, only glancing briefly while looking for a nickel or dime in the drive-thru. As it turns out, a small fortune could be hiding in plain sight, and we can thank the U.S. mint for that.
LIFESTYLE・13 HOURS AGO
Fox News

In his Opening Monologue on Friday, Sean Hannity ripped President Joe Biden for what he characterized as hypocrisy after reports surfaced that the Delaware Democrat will have a fence built around his summer home in Rehoboth Beach at the expense of the U.S. taxpayer. Hannity went on to criticize the...
DELAWARE STATE・1 DAY AGO
Business Insider

Ex-soldiers offered mercenaries $10,000 a week to join a private army that would fight in Yemen's civil war, prosecutors says

The German nationals tried to recruit up to 150 men, including ex-cops and soldiers, to join the private army to fight Houthis Shia militants.
MILITARY・15 HOURS AGO
Newsweek

The St. Louis Post-Dispatch editorial board said the "shameful roster" is "once again running interference for a lawless ex-president."
PRESIDENTIAL ELECTION・1 DAY AGO

Eric Trump mocked America's top general for running "sensitivity training" for the military while China tested nuclear-capable hypersonic missiles, at a conference attended by throngs of QAnon supporters and vaccine conspiracy theorists. The son of the former president gave one of the strongest hints yet that Donald Trump was plotting...
POTUS・9 HOURS AGO
hngn.com

The current supply chain crisis might jeopardize President Joe Biden's goal to vaccinate the whole country after a major distribution executive urged him to postpone the government regulations due to persistent supply chain concerns. CEO of the National Association of Wholesaler-Distributors Asked Biden To Postpone Vaccine Mandate. In a recently...
PHARMACEUTICALS・23 HOURS AGO
Newsweek

"If we decide to pull an insurrection, you're gonna know it," David Clarke warned.
PRESIDENTIAL ELECTION・9 HOURS AGO
WashingtonExaminer

Why do the Russian and Chinese governments want Americans to dislike immigrants?

There is a widespread belief that foreign governments and organizations occasionally meddle or attempt to meddle in U.S. elections. The Pew Research Center found that 75 percent of Americans believed it somewhat likely or very likely that Russia or another foreign government would attempt to influence the 2020 election. Respondent interpretations of the word “influence” substantially affect how we should understand this survey. If respondents interpret “influence” as “attempt to affect the outcome,” then most people should answer “very likely.” The outcome of the U.S. election impacts every country in the world, so all countries will naturally attempt to exert some influence if they can. On the other hand, many respondents will likely interpret “influence” to mean an organized attempt by a nefarious foreign government to change the outcome of the election. As committed skeptics of most surveys, we find these semantic suspicions difficult to shake when interpreting Pew’s findings. That said, some suspicions of foreign government influence on Americans are based on evidence that China and Russia have adapted Cold War‐era tactics such as “active measures” to rile up Americans on certain contentious political issues.
FOREIGN POLICY・2 DAYS AGO

Senate Democrats confirmed someone who is arguably President Joe Biden’s worst nominee. You can thank former President Donald Trump for it. Catherine Lhamon, Biden’s nominee for the Department of Education’s Office for Civil Rights, was confirmed by a 51-50 vote, with every Democratic senator voting to confirm her and Vice President Kamala Harris breaking the tie.
PRESIDENTIAL ELECTION・2 DAYS AGO
Insider

"All hell is going to break loose tomorrow," Trump's former advisor said on his podcast on January 5. "You have made this happen and tomorrow it's game day."
CONGRESS & COURTS・7 HOURS AGO

Twitter suspended the official government account for US Rep Jim Banks after he misgendered Dr Rachel Levine, a top secretary with the US Department of Health and Human Services and the nation’s highest-ranking openly transgender official.Ms Levine was sworn in this week as an admiral of the US Public Health Service Commissioned Corps. She also is the organisation’s first-ever female four-star admiral.In a post on the social media platform on 19 October, Mr Banks mocked the news and said her title was “taken by a man”.Twitter said the comment violated its rules against hateful conduct prohibiting the “targeted misgendering...
CONGRESS & COURTS・3 HOURS AGO
The Independent

The news that Emily Lawson is returning from 10 Downing Street to run the government’s vaccination programme ought to be doubly worrying for Boris Johnson. She is the civil servant who won praise for her management of the successful vaccine rollout this year, and who was appointed to head the new No 10 delivery unit – responsible for chasing up the delivery of the government’s manifesto promises.
HEALTH・1 DAY AGO
techstartups.com

Former NSA whistleblower Edward Snowden is back in the news. In September, Snowden warned people not to use ExpressVPN. “If you’re an ExpressVPN customer, you shouldn’t be,” Snowden said. The warning came after it was revealed that Daniel Gericke, CIO of ExpressVPN, is one of the three former U.S. intelligence operatives who agreed today not to fight charges they illegally helped UAE hack people.
TECHNOLOGY・2 DAYS AGO
KFOR