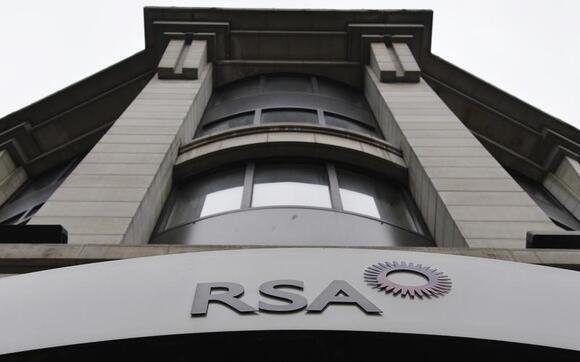 LONDON (Reuters) - Six insurers have decided not to appeal against a London High Court ruling that they were wrong to reject claims from holders of three business interruption insurance policies who have been pushed to the brink of collapse by the COVID-19 pandemic.

RSA, QBE, Hiscox, MS Amlin, Argenta and Arch were expected to challenge the judgment to pay affected customers holding five types of policy in a fast-tracked Supreme Court case to be heard by end-2020.

But the appeals linked to the Resilience, Eaton Gate Retail, and Eaton Gate Pubs & Restaurants policies have now been dropped, legal documents show, raising hopes that hundreds of vulnerable businesses could see their claims processed without further delay.

A spokesman for RSA, one of the largest of the six insurers, said it would work with broker Marsh to make interim payments where appropriate.

Businesses across the world have been locked in disputes with insurance companies over pandemic-related payouts.

Insurers say they are paying valid claims but that many policies exclude pandemics, require physical damage to premises or do not apply to widespread lockdowns, and paying out all claims could be catastrophic for the industry.

“It is of course a huge win for large portions of the UK’s business community, which for so many months has been told by insurers that insurance policies do not cover losses relating to the COVID-19 pandemic; that is plainly wrong,” said Mishcon de Reya partner Sonia Campbell, on behalf of the Hospitality Insurance Group Action.

Britain’s Financial Conduct Authority brought a case against a total of eight insurers in June to clarify whether 21 policy wordings, affecting potentially 700 types of policies, 60 insurers, 370,000 policyholders and billions in insurance claims, covered disruption and government-ordered closures to curb the virus.

The High Court in London last month ruled that many business interruption policies did in fact provide such cover. Two of the eight insurers, Zurich and Ecclesiastical, said they had no need to appeal since the judgment already found in their favour.

According to the documents, the insurers will continue to appeal the court’s findings in respect to the Cottagesure and the Eaton Gate Commercial Combined policies.

LONDON, Aug 15 (Reuters) - Britain, the first country to approve a coronavirus vaccine in late 2020, has now also given the first green light to a variant-adapted shot that targets both the original and Omicron version of the virus.
PUBLIC HEALTH・1 HOUR AGO
Washington Examiner

Social Security payments: First half of $1,652 direct payment to be sent in just weeks

Supplemental Security Income recipients are set to receive their first of two September Social Security payments in the next few weeks. Eligible recipients are set to receive their first payment of $841 on Sept. 1 and will receive their second payment of the month on Sept. 30 in the same amount, equaling out to a grand total of $1,652 for the month. September is one of two months in the year that people get two payments, according to the Social Security Administration, with the other month being December.
ECONOMY・2 DAYS AGO
Newsweek

Harry and Meghan are headed to Europe for a joint round of charity visits in early September including a trip to Germany ahead of the 2023 Invictus Games.
CELEBRITIES・15 HOURS AGO
Reuters

Two road bridges to Russian occupied territory in Kherson Oblast out of use, UK says

Aug 13 (Reuters) - The two primary road bridges giving access to the pocket of Russian occupied territory on the west bank of the Dnipro in Kherson Oblast are now probably out of use for the purposes of substantial military resupply, British military intelligence said on Saturday.
POLITICS・2 DAYS AGO

China pares back holdings of U.S. Treasuries for 7th month

BUENOS AIRES, Aug 13 (Reuters) - Argentina announced late on Friday a package of tax and customs benefits for the oil and gas industry meant to attract dollars to the South American nation, which is battling crippling inflation and a low level of foreign currency reserves.
ENERGY INDUSTRY・2 DAYS AGO
The Associated Press

OMAHA, Neb. (AP) — Warren Buffett’s company bet more on high-tech darling Apple and e-commerce giant Amazon during the second quarter, while also investing billions in old-school oil producers Occidental Petroleum and Chevron. Berkshire Hathaway detailed all its second-quarter investments Monday in a new filing with the Securities and Exchange Commission. Wall Street follows Berkshire’s investments closely because of Buffett’s remarkably successful track record over the decades. Berkshire had already disclosed its biggest move in the quarter — investing $1.4 billion in oil producer Occidental Petroleum — because that investment’s size required more immediate updates. Berkshire now owns more than $11 billion worth of Occidental stock, and it controls more than 20% of the company after making several more purchases since the quarter ended on June 30. But Monday’s filing revealed a number of smaller moves Berkshire made during the second quarter, including adding to its stakes in Apple, Amazon, Chevron, Ally Financial, Activision Blizzard and several other stocks. Berkshire also trimmed its holdings in General Motors, US Bancorp and Kroger stocks while eliminating a stake in Verizon Communications.
STOCKS・19 MINUTES AGO
Reuters

BEIJING, Aug 15 (Reuters) - Chinese developers in "survival mode" sharply cut property investment in July while new construction starts suffered their biggest fall in nearly a decade, suggesting the liquidity-challenged sector is not about to turn the corner anytime soon.
REAL ESTATE・15 HOURS AGO

HONG KONG, Aug 15 (Reuters) - The move to delist five Chinese state-owned enterprises (SOEs) from the New York Stock Exchange (NYSE) signals Beijing may be willing to compromise in order to strike an audit deal with the United States and end a more than decade-old dispute, analysts and advisers said on Monday.
ECONOMY・5 HOURS AGO
Reuters

Aug 16 (Reuters) - A look at the day ahead in Asian markets from Jamie McGeever. With no major regional economic reports on tap Tuesday, Asian markets will continue to digest the implications from China's dismal data deluge on Monday that instantly deepened the gloom surrounding the world's second largest economy.
ECONOMY・2 HOURS AGO
Reuters

SHANGHAI, Aug 15 (Reuters) - China's central bank unexpectedly cut a key interest rate for the second time this year and withdrew some cash from the banking system on Monday, to try to revive credit demand to support the COVID-hit economy.
ECONOMY・20 HOURS AGO
Reuters

Brazil economic activity much brisker than expected in June

BRASILIA, Aug 15 (Reuters) - Economic activity in Brazil rose more than expected in June, a central bank index showed on Monday, contributing to a second-quarter rally helped by a service sector rebound following the impact of the COVID-19 pandemic.
ECONOMY・3 HOURS AGO
Reuters

CARACAS, Aug 15 (Reuters) - The Venezuelan central bank's gold reserves dropped by six tonnes as of June 2022, according to the bank's first-half balance sheet published in a local media outlet last week and seen by Reuters on Monday.
ECONOMY・5 HOURS AGO
Reuters

Aug 15 (Reuters) - Novavax Inc (NVAX.O) said on Monday it had filed for U.S. authorization for use of its COVID-19 vaccine as a booster dose in people who had either received its shots or a different vaccine.
PHARMACEUTICALS・2 HOURS AGO
Reuters

NEW YORK, Aug 15 (Reuters) - Scion Asset Management fund manager Michael Burry, who rose to fame with timely bets against housing ahead of the 2008 financial crisis, in the last quarter dumped a dozen bullish positions and replaced them with a new stake in prison company Geo Group Inc (GEO.N), according to filings released on Monday.
STOCKS・3 HOURS AGO
Reuters

Aug 15 (Reuters) - U.S. regulators have been peppering firms offering funds that are marketed as sustainable with queries for several months, including how they lend out their shares and whether they recall them before corporate elections, Bloomberg News reported.
ELECTIONS・3 HOURS AGO