Martin Luther King’s Most Iconic Speeches Of All Time 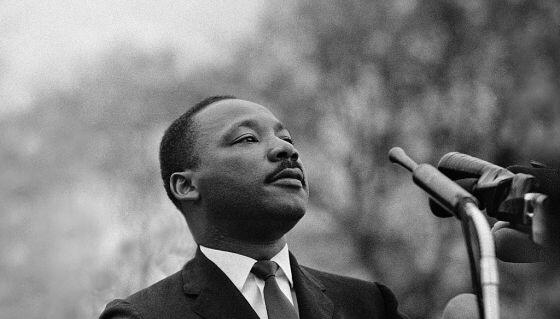 A s arguably the greatest and most inspiring orator in American history, the Rev. Dr. Martin Luther King, Jr. ‘s speeches have grown to become timeless and seemingly still apply to every facet of life in the U.S., including and especially the current political debate over voting rights.

Not only did the civil rights icon deliver speeches on the urgency of achieving equal access to the ballot but he also gave powerful addresses on the topics of poverty, the war in Vietnam and racial integration in the U.S. The legacy behind those and other sentiments he expressed in life has only magnified since his assassination more than a half-century ago.

To further recognize King’s greatness and his inimitable gift of speaking persuasively and knowledgeably, keep reading to revisit five of his greatest speeches of all time.

1. I Have A Dream . This is one of the most well-known and referred to speeches in modern American history.

2. Why I am Opposed to the War In Vietnam. Too often, people forget about King’s strong anti-war stance. Many of the reasons he opposed the war in Vietnam relate to the subsequent conflicts in Gaza and Iraq.

3. I’ve Been to the Mountain Top . King’s final speech was prophetic. He would be assassinated shortly afterward but his words would live on and inspire people forever.

5. A Time to Break Silence. In this speech, Martin Luther King again outlined his opposition to the war in Vietnam

Robin Roberts has spoken candidly about why she nearly turned down an opportunity to interview Barack Obama about marriage equality.The Good Morning America host, 61, discussed her 2012 interview with former president Obama during an appearance on The Ellen DeGeneres Show, where she revealed that she had concerns about the interview and her sexuality, as she didn’t want to be “outed” as gay because of the conversation.“In 2012, I got a call to go to the White House, and that there was a possibility that then-president Barack Obama would change his stance on marriage equality,” Roberts recalled to DeGeneres. “I...
CELEBRITIES・25 DAYS AGO
NewsOne

Black Communities Need To Speak More Openly About Their Health

I’m facing two battles before me – my diagnosis and the fight for voting rights. I am convinced that they can both be fought with the same weapon: the power of community.
HEALTH・8 DAYS AGO
NewsOne

White Supremacist Violence Is A Part Of America

A mistake that continues to be made is treating white supremacy as only a fringe ideology or something disconnected from mainstream American life. The post White Supremacist Violence Is A Part Of America appeared first on NewsOne.
BUFFALO, NY・5 DAYS AGO
NewsOne

Groups challenged the potential dismantling of the decades-old law protecting the right to decide whether to have an abortion. The post Nationwide Rallies Galvanize Fight To Protect Abortion appeared first on NewsOne.
WASHINGTON, DC・4 DAYS AGO
NewsOne

Malcolm X, In His Own Words

Five of Malcolm X's most iconic speeches in celebration of his life, which began on May 19, 1925. The post Malcolm X, In His Own Words appeared first on NewsOne.
ADVOCACY・1 DAY AGO