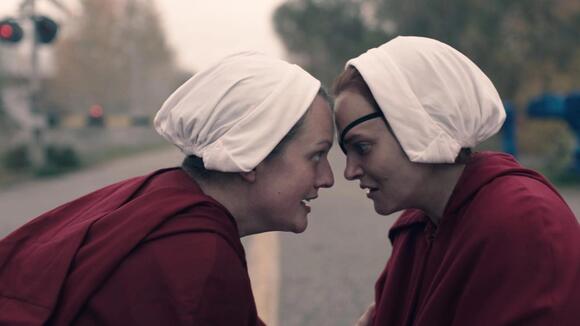 If you want an easy way to catch up on the latest TV shows, documentaries and movies, you’ll want to take advantage of Hulu ’s Cyber Monday deal . If you subscribe right now, you can pay just $.99 per month for one year, which works out to roughly $12. Hulu typically costs $6.99 per month, so you end up saving $72.

This is the best deal Hulu offers all year, and this promotional pricing is only available until 11:59pm PST November 29. New subscribers and lapsed subscribers (anyone who hasn’t had an active Hulu account in over one month) can take advantage of this deal .

Use your year  to watch Emmy nominees like The Handmaid’s Tale , Shrill, and This Is Us , and Emmy winner Saturday Night Live , along with all the other films and series people are buzzing about right now.

Is Hulu Offering Any Other Deals? Pricing, Offers

Yes. Hulu’s other great deal is the Disney+ Bundle , which gets you Hulu, Disney+ and ESPN+ for just $13.99 a month . That’s access to all three streamer services for less than $14 total. Hulu’s ad-supported streaming is the subscription that’s included here. You can upgrade to the Disney+ Bundle with ad-free streaming for $18.99 total .

Hulu live is incomparable with T-Mobile internet and they don’t tell new customers. They find out the hard way. Hulu is deceptive

Amazon’s New Streaming Deal Gets You AMC, Paramount+, Showtime or Starz for $0.99

There are still a few days left until Amazon’s big Black Friday sale but we’ve already spotted some great Amazon streaming deals online. One of the best Amazon streaming deals we’ve seen is a deep discount on Prime Video Channels, which allows you to subscribe to premium streaming services using your Amazon account. Prime Video Channels typically cost between $7.99 and $10.99 per month (the price they’d be if you subscribed on their respective websites), but you can get a number of channels right now for just $0.99. Buy:Streaming Subscription Dealat$0.99 The Amazon Black Friday streaming deal gets you two months of access...
TV & VIDEOS・4 DAYS AGO
Rolling Stone

Disney is pulling out the stops for its first-ever “Disney+ Day,” with a new offer that gets you a month of Disney+ for just $1.99. The new deal is eligible for both new and returning subscribers, and gets you an entire month of Disney+ streaming for less than the price of coffee. Buy:Disney+ Subscriptionat$1.99 The $1.99 Disney+ deal is the best offer we’ve ever seen for the streaming service, and you’ll be able to get it in time to stream a host of new content as part of Disney+ Day. Use the November 2021 Disney+ deal to stream Jungle Cruise and Shang-Chi...
TV & VIDEOS・20 DAYS AGO
Rolling Stone

The 7 Best Movies New to Netflix in November 2021

Another month, another wave of new Netflix titles hitting the platform. While you wouldn’t be wrong for chalking up the streamer as mostly a source for original binge-able TV series that go from the mind as soon as they enter it, Netflix at least tries to do some good each month with a few classic-ish movies to appeal to film fans.
TV & VIDEOS・23 DAYS AGO

This could be the best side hustle ever for the Christmas season. You could make $2,500, and all you have to do is binge through 25 holiday movies over 25 days. Reviews.org needs to find what it calls the "Chief Holiday Cheer-meister" in the hunt for the greatest holiday movie ever. You have to write your thoughts on each movie. Plus, you can pick whatever 25 films you want to watch. (Yes, you should pick Die Hard).
MOVIES・2 DAYS AGO
24/7 Wall St.

This Is America’s Worst Streaming Service

Streaming deals are flying all over the place on Black Friday 2021,like this 1-year for $0.99 per month Hulu offer. However, you can get over a dozen streaming deals in one place thanks to Amazon. They're offering 99 cent per month deals on streaming services that include Paramount+, Starz, Showtime, Discovery+, and more.
TV & VIDEOS・2 DAYS AGO
Collider

Here's What's New on Hulu in November 2021: All the New Movies, Shows & Originals Streaming This Month

Need something new to watch on Hulu? Well, you've come to the right place, because we've got the complete list of all the new movies, TV shows, and original series streaming on Hulu this month, and November has a particularly robust lineup!. As usual, the month kicks off with a...
TV SHOWS・27 DAYS AGO

Starting off the month, Hulu is dropping a new movie with Chloe Grace Moretz on Dec. 17. Mother/Android is Mattson Tomlin’s new sci-fi thriller movie following two young adults fleeing their country as artificial intelligence attempts to take over. It also stars Algee Smith and Raúl Costello (and, most likely, a whole boatload of robots).
TV SERIES・11 DAYS AGO
Android Headlines

Black Friday is quickly approaching and Walmart is kicking things off early with a relatively massive deal available for two “onn.” TVs from the start of its Walmart Black Friday Week deals. In fact, right now, buyers can pick up 40-inch and 70-inch onn. TVs from Walmart for Black Friday at just $128 and $398, respectively.
SHOPPING・6 DAYS AGO
Business Insider

3 ways to add channels to your Roku

You can add channels on Roku via the device, the mobile app, or the Roku website. Nearly every streaming service is available as a Roku channel — everything from Netflix and HBO Max to CBS All Access and Peacock. The Roku Channel is one channel option that lets you access...
ELECTRONICS・9 DAYS AGO
TechRadar

Halloween has been and gone, which means horror season on streaming services is coming to an end. Sure, there’s still plenty of new horror movies coming to screens in 2021, but the next few days sees the blood and gore of previous weekends replaced by a decidedly eclectic mix of original movies, hotly-anticipated TV shows and returning comedies.
TV SHOWS・23 DAYS AGO
Business Insider

The 5 most anticipated new TV shows premiering in November

What’s New to Streaming in November 2021

TLDR: With the VPN Unlimited Lifetime and PlayStation Plus 1-Yr Subscription Bundle, you get both awesome PlayStation action and full online protection, all for under $50. Far Cry 6. Battlefield 2042. Returnal. If you’re a PlayStation fan, you may well be hoping at least one of those triple-A titles is under the tree with your name on it this year. Of course, if you really want to get the most out of those games, you need somebody to play with. And since Grandma and the cat are pretty poor at cutting edge gameplay, PlayStation Plus is basically an essential for any PlayStation owner.
VIDEO GAMES・2 DAYS AGO
Complex

Though Netflix and Hulu certainly give it a run for its money, Amazon Prime is no joke when it comes to the TV shows and movies you love. Amazon knows that few of us stick to just one genre, and that's why their selection of movies and TV shows is so great. The streaming platform is stacked with must-see comedy, drama, and horror films, so there's something for everyone. No matter your preferred genre—rom-com, thriller, sci-fi, action, Oscar-winning films—Amazon Prime has something for you.
TV SHOWS・2 DAYS AGO
Business Insider

When you buy through our links, Insider may earn an affiliate commission. The limited-time deals include discounts on video streaming services like Hulu and Philo. If you're an avid binge-watcher searching for a new show to obsess over, Black Friday is a fantastic time to subscribe to a new streaming.
LIFESTYLE・2 DAYS AGO
Vulture

Hulu’s Price Drops to $1 a Month for One Year

The fastest way to financial ruin is paying full price for every streaming service out there. To keep you solvent, we’re constantly watching for new deals, promotions, and full-on freebies. Check back here or follow us on Twitter for updates. The Latest Hulu Deal. You can now get Hulu with...
TV & VIDEOS・5 DAYS AGO
Digital Trends

If you want the cinema experience at home, these 85-inch TV Black Friday deals are the perfect opportunity to get the gigantic TV your living room deserves. Black Friday TV deals are by far the best way to save a bundle of cash on a new television, and with retailers already rolling out the red carpet for shoppers, now’s the time to get shopping if you want to snatch up any of the best 85-inch TV Black Friday deals before they dry up.
ELECTRONICS・3 DAYS AGO
ComicBook

The latest streaming numbers are in from Nielsen, and the two movies holding the top spots the week of October 18th to the 24th come from Disney+, beating its main competition in Netflix. The Marvel Studios film Black Widow —the first Marvel Cinematic Universe movie to premiere simultaneously in theaters and on Disney+ — and Hocus Pocus came in first and second place, respectively. Netflix rounds out the Top 5 with The Forgotten Battle in third place, Going In Style in fourth, and Night Teeth (2021) in fifth. Ironically, both Disney+ and Netflix have five movies a piece in the Top 10.
TV & VIDEOS・2 DAYS AGO