By Eyewitness News
ABCNY
1 hour ago 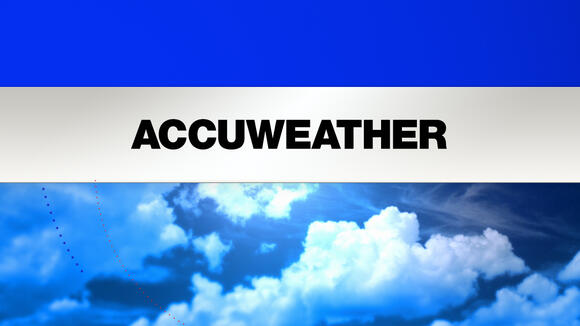 WATCH: Weather Or Not with Lee Goldberg - now available on our connected TV apps for Fire TV, Roku, Apple TV and Android

Lee Goldberg introduces us to Dani Beckstrom, the newest member of the Eyewitness News AccuWeather team! Watch the interview in the latest episode of "Weather or Not with Lee Goldberg." 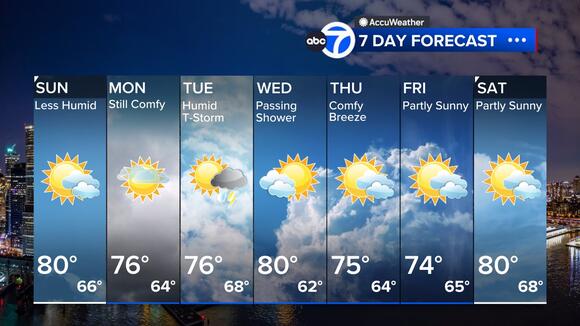 Have weather photos or videos to share? Send to Eyewitness News using this form. Terms of use apply.

They say V has ended. Let me make something absolutely clear: it’s only just begun. As a matter of fact, it just got that much bigger. Some people want to go enjoy their lives, whereas others like myself have to deal with the storm that was created in no small part by them to begin with. And they don’t even have the decency to talk in person and say at least I’m sorry. Well, if they’re not sorry, they will soon be.

Mostly sunny, cool and breezy for the workweek in NYC

Will Hurricane Ian impacts be felt in NYC? Forecaster says ‘stay tuned on that.’

STATEN ISLAND, N.Y. — Hurricane Ian is expected to rapidly strengthen in the coming days and could become a major hurricane by the time it reaches Florida as early as Wednesday. Currently, the storm is still in the western part of the Caribbean and it has a long way to go before any potential impacts would be felt on Staten Island.
STATEN ISLAND, NY・20 HOURS AGO
The Staten Island Advance

STATEN ISLAND, N.Y. — There is a slight risk for severe thunderstorms Sunday afternoon into the early evening, the National Weather Service said. “A slight risk of severe thunderstorms continues for late afternoon into this evening,” the agency’s New York office wrote on Twitter. “Storms in southern PA early this afternoon could skirt the NYC metro area after about 4-5 PM. Additional storms developing in NE Ohio and NW PA could reach the area after 6 PM.”
STATEN ISLAND, NY・1 DAY AGO
News 12

Mostly cloudy, some rain on mild Sunday in NYC

NEW YORK (PIX11) — On Sunday, the clouds will thicken rather quickly, but it should remain dry with the bulk of the showers/t-storms expecting to arrive Sunday evening. Come evening; there could even be a rumble or two of thunder as a result of some instability. With that in...
NEW YORK CITY, NY・2 DAYS AGO
92.7 & 96.9 WRRV

What the Woolly Bears are Predicting for Winter in New York

It's my favorite time of the year... the oppressive heat is fading, apple cider donuts are on store shelves, and the black and brown Woolly Bear caterpillars are back with their winter weather predictions. Woolly Bear Caterpillars in New York. Much like Punxsutawney Phil predicts how soon we'll escape winter...
NEWBURGH, NY・23 HOURS AGO
NBC New York

Incoming storm threats kept tri-state residents on alert Sunday as the first fall weekend eyed potentially destructive wind gusts. The biggest risk heading into Sunday looked to be wind gusts up to 60 mph, on top of showers and the possibility for hail. The chance of tornadoes weren't ruled out.
NEW YORK CITY, NY・2 DAYS AGO
ABCNY

The Feast of San Gennaro in Little Italy ends Sunday with a meatball-eating contest.
MANHATTAN, NY・1 DAY AGO

Did you see it? Rocket launch lights up sky across area

NEW YORK -- Did you see it? A rocket launch lit up the night sky across the area. SpaceX says a Falcon 9 rocket with 52 Starlink satellites was launched from Cape Canaveral Space Force Station in Florida around 7:30 p.m. Clear skies provided a great view for many in...
NEW YORK CITY, NY・2 DAYS AGO
News 12

Residents in Bound Brook, a New Jersey community hit hard by Hurricane Ida in 2021, are staying positive as they prepare for the possibility that Hurricane Ian could somehow turn into a similar situation.
BOUND BROOK, NJ・1 DAY AGO
Travel Maven

This Tree Tunnel in New Jersey is an Epic Fall Destination

From scenic drives to hikes through the woods, there are tons of different ways to take in all the beautiful fall foliage the Garden State has to offer. If you're looking for something completely unique, you're going to want to check out this stunning sculpture park in Mercer County. Keep reading to learn more.
MERCER COUNTY, NJ・1 DAY AGO
News 12

STATEN ISLAND, N.Y. — Leaf peepers, behold! Summer days are behind us, so it’s time to look ahead to the bright, beautiful colors of fall, and reports say New York can still expect “spectacular’' colors, though it may be a shorter foliage season. Just a short...
NEW YORK CITY, NY・2 DAYS AGO
travelnoire.com

Traveling On The Train In NYC? Here Are Some Tips From A Local

I’ve been taking the train in New York City since middle school, which is further back in my history than I care to admit. The city, the world really, has changed a lot since then. After September 11, 2001, train passengers were repeatedly advised “if you see something, say something,” which is still encouraged 21 years later.
NEW YORK CITY, NY・1 DAY AGO
ABCNY

Everything at the iconic NYC hotel must go -- that includes the smallest items and the most grand.
NEW YORK CITY, NY・19 HOURS AGO
Hudson Valley Post

A team of WABC-TV employees, including station General Manager Marilu Galvez, joined together to walk and run in solidarity as a team Sunday at a rally to beat brain cancer in honor of former News Director Rehan Aslam
NEW YORK CITY, NY・1 DAY AGO
96.9 WOUR

The Fall foliage season is about to increase the amount of distracted driving around the Capital Region. As of today you might see a tree or two around the neighborhood but we are still a couple of weeks away from colors really starting to pop around New York State. Where...
NEW YORK CITY, NY・1 DAY AGO
ABCNY