Happy 713 Day! Here's how you can celebrate Houston's day 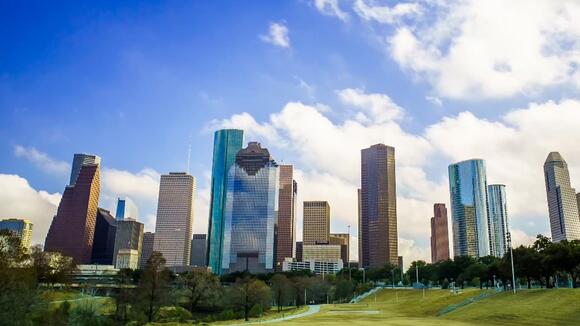 July 13, or 7/13, marks a numerically coincidental day in Houston. When area codes first came to North America in 1947, Texas was designated for four sets of codes. Houston was assigned the digits 713. Of course, additional sets of numbers were given to the growing area, including 281 and 832. Then in 2014, the Public Utility Commission of Texas put the 346 telephone area code into effect. But the original always stays with us, and conveniently enough, the seventh month of the year has a 13th day. And, thus, Houston has 713 Day. While there's not really a historical concept of the day, Houstonians have marked July 13 as H-Town's day, celebrating the things and landmarks that give Houston its identity. Here are some of the celebrations scheduled in the city for this year, according to the website 365 Things To Do in Houston : This isn't an exhaustive list so get out and explore! Meanwhile, check out this behind the scenes look at the visual tribute to DJ Screw, "All Screwed Up."

"All Screwed Up" director Isaac "Chill" Yowman and executive producer D-Reck spoke with ABC13's Richh Harrison about the 20-year journey to bring DJ Screw's story to the screen.

Can't get enough of H-Town? You can get a complete list of some Houston suggestions by visiting this story on why this is the greatest city in the world .

Houston Astros fans bought $12.8 million in beer and liquor at Minute Maid Park so far in 2021

What do beer sales have to do with our team down at the Juice Box? (They're both on the way up!) #ForTheH🙌
HOUSTON, TX・1 DAY AGO
ABC13 Houston

The angels in the outfield returned to Minute Maid Park after being a playoff hit and rallying the Astros to a win earlier in the American League Championship Series.
HOUSTON, TX・1 DAY AGO
ABC13 Houston

No tropical development expected in the Gulf

The Gulf remains quiet, and we can finally say goodbye to hurricane season come Nov. 30.
HOUSTON, TX・2 DAYS AGO

Not only is this Astros fan trying to raise $28 million to keep Carlos Correa on the team, but she's also hoping to help feed the hungry.
MLB・2 DAYS AGO
ABC13 Houston

Studying just down the street from Minute Maid Park, it's no question the love these young women have for the Astros is unmatched. 🧡💙
HOUSTON, TX・2 DAYS AGO
ABC13 Houston

Last week, the Grammy-winning artist announced she was teaming up with Popeyes to be a franchise owner. This week, she's giving back to her hometown.
HOUSTON, TX・4 DAYS AGO

J. Alan Kent is a custom home builder and was among the 21 people on board who miraculously all walked away from the fiery crash.
HOUSTON, TX・5 DAYS AGO
ABC13 Houston

Police chase comes to end on Houston's east side

Police say, at times, the driver was traveling the wrong way on a freeway.
HOUSTON, TX・4 DAYS AGO