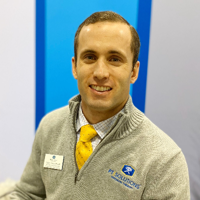 I am a physical therapist, researcher, and educator whose mission is to challenge health misinformation. You will find articles about health, fitness, medical care, psychology, and professional development on my site. As the husband of a real estate agent, you will also find real estate and housing tips.

The Atlanta Braves had high hopes for Travis d'Arnaud coming into the season. In the shortened season, d'Arnaud batted a robust .321/.386/.533 giving him a wRC+ of 144 (44% above league average). Unfortunately, he has been limited to only 23 games this year due to injury. There is a light at the end of the tunnel, but it is still weak.

Shooting for an August return

d'Arnaud underwent thumb surgery in early May to repair a torn ligament in his left thumb. As a right-handed catcher, he catches with his left. When handling 100 mph fastball and sliders that break a foot in the blink of an eye, he needs a fully healed thumb to withstand the forces it will experience. The thumb is vital in gripping and handling a bat as well.

The good news for Atlanta is d'Arnaud is on track with his recovery. The bad news is August is still the goal.

Rehabbing a surgically repaired ligament takes time. After the repair, the ligament is still fragile and cannot withstand strain. d'Arnaud was likely immobilized for six weeks following the surgery, meaning he is just now starting active movement and resisted activity. After immobilization, muscle atrophy and the region weakens. He needs to first recover lost muscle before he can regain game-level strength.

As his physical therapy progresses, d'Arnaud needs to perform baseball-specific activities, including a minor league rehab assignment. Getting into game shape will take a couple of weeks. He needs to build up his tolerance to catching pitches and swinging a baseball bat.

Even when he returns to games, expect him to take off days more frequently than pre-injury. He may even play shorter games.

In his absence, Atlanta has relied upon rookie William Contrares. He has batted a fair .227/.306/.437 in 134 plate appearances, but he is buried in the latter half of the lineup. Instead of bolstering the lineup, as d'Arnaud did last year, Contrares is more of a net neutral bat. He doesn't hurt you but he won't win any games either.

After finishing a single game shy of a World Series berth last year, the Braves have high hopes this year. d'Arnaud doesn't influence the lineup like Acuna and Freeman do, but he is still a big part of this team. The Braves are eager to get him back.

I am a physical therapist, researcher, and educator whose mission is to challenge health misinformation. You will find articles about health, fitness, medical care, psychology, and professional development on my site. As the husband of a real estate agent, you will also find real estate and housing tips.

What Is Next For Stephen Strasburg?

Washington Nationals ace Stephen Strasburg is out for the remainder of the season. It's not the feared ulnar collateral ligament tear, which often results in Tommy John surgery, but something equally devasting to pitchers. Strasburg underwent surgery for thoracic outlet syndrome.
Read full story
Los Angeles, CA21h

Trout Receives Good News. Is it Enough To Turn the Angels Into Buyers?

This season, there is no greater trade deadline acquisition than adding one of the greatest hitters of all time. The Los Angeles Angels are able to do it without giving up any prospects. They just have to wait.
Read full story
Los Angeles County, CA1d

The Los Angeles Dodgers have a couple of decisions to make and soon. The trade deadline is looming and executives around the league are judging whether their teams have what it takes to make a playoff run. The Dodgers easily call on the buy-side of the ledger. At 61-40, they have the second-best record in the national league, sitting nine games ahead of the Reds for a wild card spot and only two games behind the Giants for the division lead.
Read full story
Cleveland, OH1d

It's been a rough week for Cleveland Indians fans. They went 2-5, dropping them 5 games below the second wild-card spot. While not insurmountable, three teams sit ahead of them and the Angels are only a half-game behind. With the deadline around the corner, teams are trying to determine if they will buy or sell. The latest news out of Cleveland may have them pushing towards the sell side of the ledger.
Read full story
1 comments
Washington, DC3d

When the Washington Nationals signed Stephen Strasburg to a record-breaking $245 million contract (which lasted only 33 hours thanks to Gerrit Cole) during the 2019 offseason, fans and baseball experts had mixed reactions. On the one hand, the contract felt like a just reward for a player who just dominated the 2019 playoffs and helped the Washington Nationals win their first World Series. When healthy, Strasburg is one of the 10 best arms in Major League Baseball.
Read full story
1 comments
Minneapolis, MN5d

The Minnesota Twins entered the season with playoff aspirations. Scratch that, they were passed playoff aspirations, they had aspirations to make it to the World Series. The Twins currently own the major league record for most consecutive playoff losses at 18. The streak is active.
Read full story
3 comments
Chicago, IL5d

The White Sox Are About to Be Dangerous

At the end of July, all Major League Baseball teams assess their teams and decide whether they should add or subtract. Elite teams look for the missing piece, good teams making a playoff push look to make a big splash, and teams out of the race aim to sell short-term rentals for long-term prospects. For the buyers, they need to depart with those long-term prospects - lottery tickets that often don't pan out but are the most valuable players in the game when they do. It is the price you have to pay to bolster a playoff team.
Read full story
5 comments
Cincinnati, OH5d

The Cincinnati Reds Playoff Push Has Taken a Hit

The Cincinnati Reds have entered each of the last two seasons with growing optimism that they can compete with the best teams in baseball. Many baseball experts have been skeptical of that notion, wondering if all of their win-now moves left them in limbo - a middle-of-the-pack MLB team with a middle-of-the-pack farm system. Going into 2020 they signed Mike Moustakas to a four-year, $64 million contract. He had an All-Star nod under his belt but they had to get creative with their defensive alignments to fit him on the team. The reds followed the Moustakas signing by adding outfielder Shogo Akiyama from Japan. He joined an already crowded outfield. The biggest move came a month later when they signed the top available outfielder, Nick Castellanos.
Read full story
7d

Build Your Resilience and Perspective

Books expand our perspective and shift our mindsets. We are limited by our experiences and some of those experiences — like living through a global pandemic — can leave us yearning for answers.
Read full story
Cincinnati, OH8d

By U.S. Army photo by Sgt. 1st Class Anthony L. Taylor/Released. Michael Lorenzen finally made his season debut last night after rehabbing his shoulder since spring training. It might be his only outing of the season. The Cincinnati Reds have placed Lorenzen back on the injured list after straining his right hamstring while running the bases. Yes, a relief pitcher strained his hamstring running the bases. It wasn't because of the rare occurrence when a multi-inning reliever stays in to bat; Lorenzen was solely in the game to run the bases.
Read full story
5 comments
Boston, MA10d

The Boston Red Sox are on the verge of gaining a big boost to the team. One of the best pitchers in baseball in the past decade, Chris Sale, started a rehab assignment on Thursday. He looked good, too.
Read full story
Atlanta, GA11d

The Atlanta Braves Are Wondering in the Desert

Are the Atlanta Braves taking on the role of buys at the trade deadline this year? Yesterday, the Braves struck a deal with the Chicago Cubs for outfielder Joc Pederson. With the trade, they absorb the rest of Pederson's modest $1.84 million salary and his $2.5 million buyout, as he can no longer fulfill the mutual option with the Cubs.
Read full story
Alpharetta, GA12d

Seeing the news about the latest spike in COVID-19 cases in Tokyo and the restrictions being placed on the Olympic Games is a sobering reminder that the pandemic is still rampant. The vaccine rollout in the US has been strong relative to the rest of the world (we still have a long way to go) and we are fortunate to be able to return to some level of pre-pandemic normalcy. One of the most welcome changes is the ability for kids to gather again.
Read full story
Atlanta, GA13d

It has been a rough season for the Atlanta Braves. No team has been hit harder with injuries and it may cost them a shot at another World Series run. If they want to maintain any chance of returning to the NLCS, they need more firepower. Typically, the trade market is how teams beef up in the summer. For the Braves, it will come through returning key players from injury.
Read full story
Pawleys Island, SC13d

Looking for a New Family Tradition? Check Out Pawley's Island

What is your longest family tradition? Growing up, my family watched the Christmas Story every Christmas eve. I can recite half the movie at any given time. Compared to my wife's family, however, the movie is a small-time tradition. Her family has been gathering at a Pawley's Island beach house for four generations.
Read full story
New York City, NY13d

When Thomas Szapucki imagined the start of his MLB career, allowing six runs in a single relief appearance never appeared in the highlight reel. He isn't the first rookie to be roughed up during a debut outing. Unfortunately, he won't receive the opportunity to right the ship in 2021. The New York Mets announced Szapucki is done for the season due to ulnar nerve transposition surgery.
Read full story
14d

Does Your Doctor Understand Pain?

How do you choose your doctor? Perhaps you review the credentials and experience of local physicians. Maybe a friend’s recommendation sways you. Could Google reviews be the key?
Read full story
1 comments
Atlanta, GA14d

Atlanta Braves fans are still in mourning. On July 10th, one of the best players in all of baseball, Ronald Acuna Jr, landed awkwardly chasing a fly ball off of the bat of Jazz Chisholm. He immediately crumpled to the ground, grabbing his knee in extreme pain. Unable to bear weight on his own, he was carted off of the field.
Read full story
Atlanta, GA14d

Did The Atlanta Braves Lose Another Starter?

The Acuna injury is still fresh for Atlanta Braves fans yet the hits keep coming. Only two starters have managed to avoid the injured list this season but that number may be cut in half soon. Ian Anderson will undergo tests on his throwing shoulder after experiencing discomfort in his last start.
Read full story
15d

Going Back Full In-Person Education Is a Mistake

When planning for my first elective course as a lead instructor in late 2019, a global pandemic failed to crack my list of contingency plans. I joined the ranks of educators scrambling to convert all of their content to online-only in a matter of a few days (two of my colleagues were given 48 hours).
Read full story