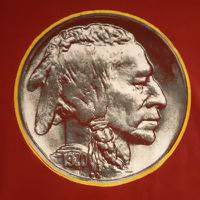 Read about Washington football and the NFL in general. We have player profiles, analysis of coaching and front office moves, detailed salary cap discussions and updates on NFL news, rule changes and more.

It was no surprise that the Washington Football Team wanted to draft a tight end; the surprise was that they left Bre vin Jordan on the board and selected a little-known player from Boise State.

With Washington’s lack of depth at the tight end position, it was widely expected that the team would take a tight end between the 2nd and 4th rounds, and they did. Had they gone for this position in the second round, it would have been to select Pat Freiemuth, the Penn State tight end who was drafted by the Steelers at Pick #55, just 4 picks after the WFT selected OT Samuel Cosmi.

Once the draft entered Day 3, most pundits shifted their sights to Brevin Jordan, who had 105 catches and over 1,300 yards in a 3-year college career with the Miami Hurricanes, who was eventually drafted by the Texans early in the 5th round.

Instead, Washington drafted John Bates, tight end from Boise State with the 124th overall pick in the draft, midway through the 4th round.

Bates had limited production in his college career.

The Pro Football Network said this about him:

The Boise State tight end is best suited to join a team where the pressure to perform isn’t immense. Somewhere with a set TE1, who could use the extra boost of athletic ability in its depth chart. He’ll need a coaching staff willing to utilize his traits in space.

This sounds like a custom-made fit for Washington, where Logan Thomas is the established starting tight end, and Pete Hoener is a proven coach who knows how to get the best from players at the position. Washington has the kind of offense under Scott Turner that can use Bates’ skills as a blocker – and he is a good blocker. Take a look at these highlights:

But don’t let Bates’ limited production fool you; the fact that he was the 3rd or 4th option in the Boise passing attack doesn’t mean that he can’t catch.

Washington has proven over the past few seasons to be very good at drafting players in middle and late rounds who turn into contributors. In addition, tight end coach Pete Hoener, who was credited with identifying Logan Thomas as a priority free agent target a year ago, has shown the ability to both spot and develop tight end talent.

It appears that John Bates will have an excellent chance of making the 53-man roster in Washington and playing an integral role as a blocker and part-time pass catcher. He should be a good addition to the offensive attack.

Read about Washington football and the NFL in general. We have player profiles, analysis of coaching and front office moves, detailed salary cap discussions and updates on NFL news, rule changes and more.

Former player, T.J. Ward, who spent part of last season on the practice squad of the Arizona Cardinals before being released in October, launched an attack on Twitter yesterday that was aimed squarely at Washington’s head coach Ron Rivera.
Read full story
Washington, DC1d

Washington players reported to training camp on Tuesday, and a lot of the questions revolved around the continuing reports of low vaccination rates among the team's players. Nicki Jhabvala of the Washington Post reported that Washington had the lowest player vax rate in the NFL, with just 60% having received at least one dose. This contrasts with a report that 10 NFL teams have vaccination rates above 90% and that the league-wide average is 83.6% of players having had at least one shot.
Read full story
Washington, DC1d

Mike Garafolo has reported that Washington has extended its second key veteran ahead of training camp, following just hours after it became known that Jonathan Allen had signed a 4-year extension.
Read full story
Washington, DC2d

Washington gets a big win with Jonathan Allen extension

One of the big challenges that the Washington Football Team will face in the coming seasons is how to keep its impressive defensive line together. The eventual cost of paying market value to 4 consecutive first-round picks is threatens to become too much to bear for a single unit.
Read full story
Washington, DC3d

2020 Defensive Rookie of the Year, Chase YoungEmilee Fails. With the Washington Football Team Training Camp opening up in Richmond, Virginia this week, the excitement for the upcoming season should build quickly. Expectations for the team, led by head coach Ron Rivera, are high, with national media pundits endorsing Washington as a favorite to win the NFC East division and make noise in the playoffs.
Read full story
Washington, DC4d

Jonathan Allen was the first of four consecutive defensive line first-round selections made by Washington between 2017 and 2020. The team exercised Allen's 5th year option, paying him $10m for one season in 2021. Many fans are now anxious to see the team leader rewarded with a well-earned contract extension, and it seems a natural time, before training camp begins, to complete a contract extension with the defensive stalwart who has been bringing Alabama work ethic and toughness to his NFL job for the past four seasons.
Read full story
Washington, DC4d

If there's anything many football fans love more than NFL football during the regular season and playoffs, it's Madden football year round!. A good friend of mine at work is an Australian who talks to me almost every morning about NFL football. He's pretty knowledgeable about the game and intensely interested in it. When he first started talking to me about it 5 or 6 years ago, I asked him how he had become interested in the game. He told me that he'd gotten hooked playing Madden. Despite growing up with no awareness of the actual sport, the video game got him hooked and got him interested in how and why offenses and defenses work. He eagerly awaits the newest iteration of Madden every year, and rushes to buy it the moment it's available.
Read full story
Washington, DC6d

NFL takes the gloves off in fight to get players vaccinated

There have been consistent reports from the media that the Washington Football Team is among the NFL teams with the lowest rates of vaccination. Today there is a report that, as of two weeks ago, the vaccination rate for the WFT was at just 36%.
Read full story
3 comments
Washington, DC6d

Remember the excitement you felt when Taylor Heinicke dove for the pylon in the January playoff game against the Buccaneers? Remember how you shot up out of your chair, cheering and laughing?
Read full story
1 comments
Washington, DC10d

Lamar Miller recently turned 30 years old, and he hasn’t really had any meaningful snaps on an NFL field since 2018 because he tore his ACL during the Texans’ third preseason game in 2019.
Read full story
2 comments
Washington, DC11d

Who is Washington's best defensive end?

Prior to the 2020 season, someone asked me to predict the WFT defensive player of the year for the upcoming season. While most people seemed to be counting on then-rookie Chase Young to be that guy, I chose the other defensive end, Montez Sweat, who I felt would have a great year in 2020. While Chase Young probably stole the headlines for most of the season, Sweat played great football alongside Young, Allen, Payne and Settle, and helped lead Washington's defense to its #3 overall ranking as measured by Football Outsiders. I believe he may have fulfilled my prediction of being the team's best defensive player last year.
Read full story
Washington, DC12d

Washington Football Team running back Antonio Gibson (24) runs for a touchdown against the Dallas CowboysJerome Miron-USA TODAY Sports. If you sort the rushers by total yards in 2020, you'll have to scroll down to the 20th position to find Antonio Gibson's name. On a yards-per-carry basis, he ranked 21st among running who averaged at least 5 rushes per game.
Read full story
Washington, DC14d

On the Bandwagon: Rich Eisen predicts Chase Young will win DPOY and Washington will have its best season since 1991

On his show this week, Rich Eisen went all in on the Washington Football Team, jumping on the bandwagon but stopping just short of actually predicting a Super Bowl appearance for them, saying that he believes that the Tampa Bay Buccaneers, quarterbacked by Tom Brady, will return to the championship game in February.
Read full story
5 comments
Washington, DC15d

Chad Johnson at the weigh-in ahead of his exhibition boxing match vs Brian Maxwell on June 5, 2021Photo by Cliff Hawkins/Getty Images. Former NFL and CFL wide receiver, Chad Johnson, who spent a decade plying his trade for the Cincinnati Bengals is a genuine athlete who had a ton of talent on the football field and an odd charisma away from it. During his NFL career, if there was a TV camera in the area, Chad Johnson would find it, and somehow, he never seemed to run out of things to say.
Read full story
5 comments
Washington, DC15d

NFL Top 100 will air during the 2021 offseason as a lead up to the start of the Regular Season. The first episode airs on Thursday, July 15th. For the eleventh consecutive year, current NFL players have voted to determine the top 100 players in the NFL.
Read full story
1 comments
Washington, DC16d

"Hail to the Redskins"

Jack Del Rio is unafraid to attack the quarterback

I was looking at the All-22 film from last season’s Week 11 game against the Bengals. What I immediately noticed was that the team was running pretty vanilla defenses in the 1st quarter, rushing 4 and dropping 7 into coverage. The pass rush, which is what I was looking at, was pretty ineffective. The Bengals were blocking with 6 men most of the time and Joe Burrow was staying clean.
Read full story
Washington, DC19d

This article grew out of a snap analysis I was doing for a different article. As I worked on the snap analysis, I started to realize that Kamren Curl was being used creatively by the Washington coaches long before he had to step up and replace the injured Landon Collins last season -- and he wasn't lining up as a safety much during that time.
Read full story
Washington, DC21d

In January 2018, I wrote a pair of articles, a week apart, in which I argued that, having drafted Jonathan Allen a year earlier, Washington was in a position to change the direction that it had followed for years of trying (unsuccessfully) to build an offensive juggernaut, and focus instead on creating a top-10 defense, which I believed it could do with a defensive focus in the upcoming drafts.
Read full story
2 comments
Washington, DC22d

Terry, Fitzy, Chase, Ron and Jack will be live and in person in Richmond three weeks from today

With the COVID restrictions that have affected everyone’s lives, there hasn't been much opportunity to get up close and personal at games or other NFL events since the end of the 2019 season, but now that's all about to change. Live training camp practices will be open to the public from Wednesday July 28th to Saturday July 31st.
Read full story
1 comments