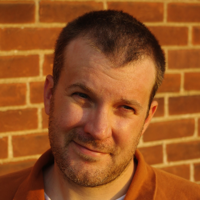 Walter Rhein is an author with Perseid Press. He also does a weekly column for The Writing Cooperative on Medium.

If Rodgers Leaves, the Packers Shouldn’t Ever Retire His Number

What is it about Green Bay that creates so much drama with hall of fame caliber quarterbacks? Prior to the 2008 season, there was was a huge controversy created when Brett Favre decided he didn’t want to retire after all. Expecting to be welcomed back with open arms, he was summarily traded and Aaron Rodgers was handed the reins.

Now, 3 MVPs and a Super Bowl Trophy later, it might be Rodgers turn to get traded. But there’s a big difference between these two situations.

Everyone who followed Brett Favre’s career got a little annoyed with his off-season retirement speculation. By the time 2008 rolled around, it had been going on for years. Favre seemed to need the ego stroking of being begged to come back.

But after Favre threw a really stupid interception in the NFC Championship game following the 2007 season, the head office came to the conclusion that the gunslinger no longer had what it took to win a Super Bowl.

As it turned out, they were right. Favre would go on to throw another dumb interception to lose yet another NFC Championship game after the 2009 season. This time he was wearing a Minnesota Vikings jersey and Packer fans found the moment rather amusing.

As the years went by, fences were mended, and Favre eventually returned to Green Bay to have his number retired.

The same scenario might not play out for Aaron Rodgers.

When you look at the statistics and the resume, it certainly seems like nobody else should ever wear number 12 in Green Bay ever again. But Aaron Rodgers wants out, even though he is under contract, even though the team has repeatedly expressed that they would like him to return.

The way Aaron Rodgers is behaving right now is not an example of loyalty. It’s not admirable. It’s not something befitting of a legacy player.

There’s a reason that you don’t see Terrell Owens’s number retired anywhere. If you cause major problems for a franchise, you shouldn’t expect to be fondly remembered.

The way Aaron Rodgers is behaving right now isn’t acceptable, and it’s up to the Green Bay front office to send a message. You don’t reward this kind of behavior. You punish it.

People often say that athletes are role models. Well, kids today certainly don’t need to see some entitled athlete who refuses to honor a contract he signed. It’s not like the Packers are paying Rodgers minimum wage after all.

Favre was traded when he didn’t want to be. Years later, he came back to have his number retired. Rodgers, on the other hand, is trying to force his way out the door. If he doesn’t want to come back, neither the fans nor the team should ever consider celebrating his return.

That being said, all Aaron Rodgers has to do to protect his legacy is honor his word. There’s still time for him to do so. The Green Bay Packers are bigger than any one individual player. They are a team. It would be nice if their field general also showed what it meant to be a team player.

Walter Rhein is an author with Perseid Press. He also does a weekly column for The Writing Cooperative on Medium.

One of the unfortunate realities about life in the United States is that everybody seems to think they are experts on everything. No matter what line of work you’re in, it’s annoying when somebody who has never spent a second in your shoes comes up to you and starts telling you what to do.
Read full story
Green Bay, WI1d

Is Rodgers Back? I’ll Believe It When I See It

Lately reports are emerging that Aaron Rodgers does intend to play with the Packers in 2021 after all. This leads one to question how much of this whole “Aaron Rodgers is dissatisfied” story. However, there are a few facts that we can point to which should lend some clarity to the issue.
Read full story
Chippewa County, WI2d

Why Is Olympic Coverage Always So Terrible?

If you turn on the television in the Chippewa Valley in the hope of watching the Olympics, you’re more likely to find yourself watching reruns of the Andy Griffith show. Even if you do happen to find some coverage of an actual event, it will likely cut away from the action in order to bring you commentary from some national reporter in a suit sitting behind a desk.
Read full story
Green Bay, WI4d

Make No Mistake, Rodgers, Not the Front Office is Dismantling the Packers

If he wants to retire, fine, then retire. If he wants to play, fine, then play. But what’s completely intolerable is this commitment to absolute season sabotage. What’s Aaron Rodgers doing? Is he sitting around giggling? Does he think this is funny? Does it make him happy to see his teammates and coaching staff stress about what’s going to happen next year?
Read full story
37 comments
Chippewa Falls, WI4d

Dogs are wonderful companions and they quickly become part of the family. No matter what you have planned in the summer, any activity is better if you can bring along your four legged friend. Unfortunately, many hotels do not allow guests to bring pets. If you’re looking for a pet friendly option in Chippewa Falls, AmericInn is your best choice.
Read full story
5 comments
Milwaukee, WI7d

The Chippewa Falls Public Library is sponsoring a wonderful opportunity for families to come together and enjoy an entertaining summer evening together. Wisconsin storyteller Paul Akert is scheduled to perform as John Muir at the Riverfront Park at 7PM, and everyone is invited to the free event.
Read full story
Chippewa County, WI9d

Wisconsin recording artist Samantha Grimes has had a whirlwind of a year. Her latest release, Trainwreck from Return Records debuted at number seventeen on the Pro Indie Rock Chart Top 25 and has a strong chance of climbing even higher.
Read full story
Chippewa Falls, WI11d

1n 1973 and prior to Star Wars, George Lucas released the film American Graffiti which brought him to national prominence. The film is a celebration of American culture, and largely features young people cruising around in vehicles that are as much a part of their identity as their names or physical appearance.
Read full story
Chippewa Falls, WI14d

Prolific Wisconsin author Dan Woll is scheduled to give a presentation at the Chippewa Falls Public Library on Thursday, August 5th. The presentation is free and Woll will have copies of his books available for purchase.
Read full story
Chippewa Falls, WI15d

It already seems like we’ve put the pandemic far behind us, but it’s important to keep in mind that many businesses are still reeling from the effects. As life returns to normal, many local establishments have planned re-opening events to remind the general public of the joys that can be found in going out for an evening. The moment you take the family out, you get a better sense of just how much our country has been through in the last year.
Read full story
Wisconsin State18d

How Much Will a Family of Four Spend at the Northern Wisconsin State Fair?

Going to the fair is a wonderful Wisconsin summer tradition. There are displays from local businesses, farm animals, carnival rides, games, exotic food options, and much more. The fair will remain open until Sunday, July 11th, so there’s still plenty of time to get in on the fun.
Read full story
5 comments
Chippewa Falls, WI19d

There’s a small restaurant space on Bridge Street right across from the Holiday gas station that has housed a variety of businesses throughout the years. It’s a nice spot on a prominent walkway where patrons can stop in and grab takeout for a work lunch or home dining.
Read full story
Wisconsin State20d

The Christian music festival One Fest is scheduled to take place at the Northern Wisconsin State Fairgrounds from Friday, July 23rd to Sunday, July 25th. This represents yet another in a series of fun, family activities in our local community. It’s always rewarding to have the opportunity to sample the works of quality recording artists from all over the world.
Read full story
Milwaukee, WI21d

Will Milwaukee’s Giannis Antetokounmpo Get Stronger as the NBA Finals Continue?

Nobody in the state of Wisconsin wished to see the Milwaukee Bucks lose the first game of the 2021 NBA finals. The contest was held a the Phoenix Suns Arena on Tuesday, July 6th, with the Suns emerging victorious by a score of 118 to 105.
Read full story
Wisconsin State22d

Fair season is a Wisconsin tradition that brings the community together and is often the highlight of the summer. The Northern Wisconsin State Fair is scheduled for Wednesday July 7th through Sunday July 11th. Daily tickets are available as is a 5 day special that allows you to visit the fair every day at an extremely affordable price.
Read full story
Chippewa Falls, WI24d

Sign for Josef's Cheesecakes in Chippewa FallsImage by Walter Rhein. Nestled among the quaint city streets of Chippewa Falls, Wisconsin, is a nondescript cheesecake shop that is easy to overlook. Josef’s Cheescakes isn’t a nationwide chain with name recognition and a fifty foot tall flashing sign. Instead, it’s the kind of place that gets by on local fame and a reputation for having the best desserts in the area.
Read full story
Chippewa Falls, WI26d

The United States of America approaches the 2021 Fourth of July celebrations in a much better place than it was just a year ago. In July of 2020, the nation was reeling with school closing and stay at home orders issued just a few months before. This year, with a large percentage of population vaccinated, it is starting to feel like a regular summer.
Read full story
Chippewa Falls, WI26d

The world is filled with treasures, and it’s stunning how picking up a physical item can bring back a flood of memories that you didn’t even know existed. Perhaps the sight of a dresser similar to one owned by a fondly remembered grandparent, or handling a toy you longed for as a child, can allow you to step into the past and recall thoughts and feelings from your youth.
Read full story
Chippewa Falls, WI28d

Chippewa Falls is a vibrant community, and this can be seen by its beautiful, seasonal street decorations. As summer reaches its peak, it’s fun to walk through the city and admire the city's display of colorful antique bicycles decorated with bouquets of flowers.
Read full story