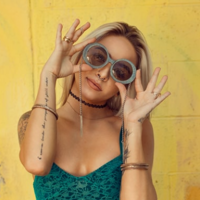 A merchant of dreams. ♡ I love to connect humanity to technology. I write news, and fiction, exploring Worldview plots. Was a CGA/CPA in a past life. I have a lot of life experience. Parenting, Art, Finance, Investing, Auditing, Project Management, Writing, Story Grid Method, Science, Forensic Anthropology, Extensive overseas travel including Asia, Greece, Thailand.

This restaurant is a standby for a generation of Seattle residents who discovered it when they first opened years ago. You can find it in the Ballard area, which is full of trendy restaurants and tourist attractions so it’s a natural location.

It’s run by the original family that also runs El Mezcalito. There are three generations involved, and they all follow the directions of the Matriarch.

For many, La Carta de Oaxaca was the first time they had tasted Mexican food as it was meant to be. They offer dishes that are much more traditional than the standard fare offered in Americanized restaurants.

Oaxaca is a city in southern Mexico, located in the state of Oaxaca.

It’s the historical center of one of Mexico’s major cuisines, known internationally.

The diet in Mexico is generally based on staples such as corn, beans, and chile peppers. Oaxacan cuisine is similar, but the addition of a wide variety of local ingredients influenced the tradition and produces many unique dishes.

It was the first cuisine to receive UNESCO culinary heritage status

The variety of climates in the state, and the diversity of cultures have contributed to making this cuisine the most varied in Mexico.

Many mountain ranges, a central valley, and coastal areas each contribute different ingredients. You can find seafood from the coast, the valley grows a wide variety of vegetables and there is a year-round supply of tropical fruits.

The seventeen recognized indigenous groups in the state contribute their own cooking tradition to the mix, which adds to the variety. The cooking methods range widely. One group is known for its pit barbecuing. Many others use roasting or grilling in their food preparation.

The flavors are rich and layered, spicy, and subtle at the same time.

Iguana is one ingredient as well as grasshoppers and local cheese and chocolate. There are tiny avocados that hint of licorice, corn fungus, herbs unique to the area, and many types of chili peppers.

Chocolate is well known as an ingredient of Mole, but it is also often drunk in a hot preparation with spices and other flavorings.

It all revolves around corn, which is a dietary staple in Mexico.

Tlayudas are a large pizza, usually served as street food in Oaxaca.

This sauce comes in a wide variety of flavors. In Oaxaca, each of the seven regions makes a mole’ unique to them.

Mole negro is a jet-black sauce served over chicken or pork with rice. Regional varieties also include a citrusy mole verde, a fiery mole amarillo, a fruity mole manchamantel, a rare chichilo, a sweet-n-spicy rojo, and a smoky coloradito.

The house specialty is a black mole’ with chicken or pork ribs, white rice, and tortillas.

If you’re near the ocean, you can’t miss these delicious seafood treats. Lime, chile, and garlic marinated and sautéed prawns, with rice and pinto beans.

Halibut is local and fresh, so try the Pescado Tacos.

They are stuffed with sautéed halibut topped with lettuce, guacamole, and chipotle sauce.

A merchant of dreams. ♡ I love to connect humanity to technology. I write news, and fiction, exploring Worldview plots. Was a CGA/CPA in a past life. I have a lot of life experience. Parenting, Art, Finance, Investing, Auditing, Project Management, Writing, Story Grid Method, Science, Forensic Anthropology, Extensive overseas travel including Asia, Greece, Thailand.

Seattle is located in one of the best places to live in the country, the Pacific Northwest. With a population of 3.43 million, it’s a great resource for start-ups and the first choice for many entrepreneurs.
Read full story
Austin County, TX4h

This festival is a great reason to visit Texas this fall. It's an eight-stage event with many talented artists to entertain you. The name ‘Austin City Limits’ comes from a concert series that was successful in the past. The festival includes an art market, lots of tasty treats, and a special area for the family to play and have fun together.
Read full story
Dover, DE10d

Each year, the Woodlands of Dover International Speedway are transformed. A team of fireflies descend on the grounds and create a magical musical paradise. This year marks the 10th anniversary of the Firefly Festival so the magic will be particularly powerful.
Read full story
Seattle, WA10d

Little Neon Taco Seattle has been working hard to stay open during the pandemic and has tried quite a few things to keep their business running. Seattle’s First Hill, home to the city’s most renowned hospitals, can seem drab compared to its colorful neighbor Capitol Hill. Little Neon Taco used to be the bright spot in the neighborhood. Unfortunately, the pandemic changed that for the locals.
Read full story
1 comments
Chicago, IL10d

Dress up for the Electric ZooDaniel Lincoln/Unsplash. New York City is set to become an electronic dance utopia with the twelfth edition of the Electric Zoo festival. The parkland of Randall’s Island Park will be transformed into a party venue by the creative minds behind Tomorrowland, Mysteryland, and Sensation. They will inject the event with a dose of passionate magic to create a dancing paradise.
Read full story
1 comments
Napa, CA15d

It’s a perfect pairing. True to its Napa Valley roots, BottleRock prides itself upon its “Music, Food, Wine, Brew,” range of attractions, even including a “culinary stage” and spa.
Read full story
Milwaukee, WI16d

Summerfest in Milwaukee is the Place to Be in September.

It's older than Woodstock, but you won’t find mud at this Festival. It’s a massive event, held over three weekends and the venue is perfect. Henry Maier Festival Park is right on the lakefront in Milwaukee, a permanent festival venue created with music lovers in mind.
Read full story
Columbus, OH17d

Grab a Ride on the Wonder Bus in Columbus OH

The Wonder Bus Music and Arts Festival is back for another year of music, food, and arts. Dates: August 28–29 This is their second year in Columbus, OH on the grounds of CAS, which is the perfect site for the music festival. Festival-goers can spread out in the 54 acres of open-air, outdoor space.
Read full story
Utah State18d

It's time for Utah's Most Loved Event

Dust off your hat and put on your spurs. It’s time for one of the most-loved events in Utah. For three fun-filled days and nights, you can experience the thrill of competitive rodeo events as top riders meet the best, most consistent pen of bucking horses in the country.
Read full story
Sheridan, WY19d

Wyoming, where if the sun’s up, you’re late. July 14–17, 2021 with a few events the day before and after….just for fun. The official start to Rodeo week at the Sheridan WYO Rodeo begins with a boot kick-off.
Read full story
Colorado Springs, CO20d

LET’S RODEO, July 14–17, 2021 at the scenic Norris Penrose Event Center!. Families and competitors alike are making their way to their favorite towns across the country, looking forward to the thrill of rodeo competitions and all the fun family events.
Read full story
1 comments
Oregon State21d

Portland, Oregon is the place to be for jazz this August. This event celebrates the historic community of Vanport and its contribution to Oregon’s jazz scene. The 2021 headliners Gerald Albright, Marion Meadows, Tahirah Memory, and Sheila E.
Read full story
Portland, OR22d

Get Your Cosplay On at Rose City Comic Con, Portland

Cosplay competitorDaniel Lombraña González/Unsplash. It’s a get-together for comic book fans. Mainly the conference focuses on comic books and the culture surrounding them. Fans travel to meet and share their interest in the genre.
Read full story
2 comments
Pendleton, OR22d

This is a Bucket List Rodeo in Pendleton, OR

It’s one of the most anticipated week-long events in the fall. Come to Pendleton on Sept. 11–18 for the Round-Up. The Round-Up in Pendleton is a “bucket list” rodeo for competitors and spectators alike.
Read full story
Cullman, AL23d

Remember, Rebuild and Rise With Rock the South

Originally intended to be a one-year celebration of recovery from the area’s 2011 tornadoes, Rock the South has been going strong ever since, expanding to become a massive celebration of country music and community.
Read full story
Lexington, KY23d

Deep Tropics in Nashville, An Event to Change the Future

From Net Neutral to Net Positive, this event will change your festival experience for the better. Right in the heart of the city of Nashville, this festival brings together music, the arts, and sustainability with style.
Read full story