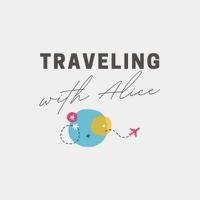 The Bronx Zoo is the largest metropolitan zoo in the United States; it spans over 265 acres of natural habitats, and it's home to over 8,000 animals (600 species)! The Bronx Zoo was opened on November 8, 1899, to preserve and save animals. It was called the New York Zoological Park.

The Bronx Zoo is today owned and operated by the Wildlife Conservation Society and was one of the first zoos in the U.S. that moved animals from cages to replicas of their original living environments.

Different animal species are mixed to create a more realistic context for the animals and the visitors. The zoo charges entry fees to assist in the maintenance of the park and preservation expenses of the hosted species.

Some exhibits are included in the general admission tickets, while others, like the Butterfly Zone, the Congo Gorilla Forest, and the Children Zoo, require additional fees.

One of the Bronx Zoo jewels is the Congo Gorilla Forest, which homes over 400 animals of 55 different species, including 20 gorillas, and 15,000 plants representing 400 species.

The 6.5-acre forest is the largest artificial rainforest in the world. The Bronx Zoo also features almost an acre of indoor Asian rainforest.

Another fascinating habitat is the African Planes' habitat. The zoo workers have integrated several predator and prey species, like it would have been in their wildlife environment, separated by an elaborate system of channels. In this habitat, you will find zebras, giraffes, lions, and other animals typical of the savannah.

The Bronx Zoo also hosts several bison in the Bison Range located in the northeast corner of the zoo. Did you know that the bison model for the buffalo nickel was one of the Bronx Zoo's residents? Furthermore, many of today's bison living in the Western U.S. are descendants of Bronx Zoo ones.

William T. Hornaday, zoologist and first director of the Bronx Zoo, cultivated a deep interest in the American bison. These animals, that once were over 50 million, hit the sad record of fewer than 1,000 specimens living in the wild in the 1890s.

In October of 1899, Hornaday acquired bison for the Bronx Zoo, and by 1903 there were forty bison on the Bronx Zoo's ten-acre range. Shortly after that, American Bison were provided to several states, including Montana, South Dakota, and Nebraska. Many of the bison living in the Western U.S. today are descended from those who lived at the Bronx Zoo.

The Bronx Zoo has a special relationship with snow leopards too. In fact, it was the first zoo in the Western Hemisphere to exhibit and successfully breed snow leopards. A grand total of 82 leopard cubs were born between 1966 and 1999.

Located at 2300 Southern Boulevard Bronx, the Bronx Zoo offers educational entertainment for the entire family and is open year-round. Check opening schedule and price tickets in advance; you can also buy them online and save time.

Also known as "Brick City", Newark is the largest metropolis in New Jersey. It is located a few miles from New York, from which the Jersey City peninsula separates it. It is the capital of Essex County and has a population of 282,529.
Read full story
10 comments
Providence, RI2021-06-21

There is no need to spend a ton of money when visiting Washington. There are many must-see activities and places that are free and offer visitors priceless art masterpieces, historically notable artifacts, and impressive symbols of the nation's heritage.
Read full story
2021-06-21