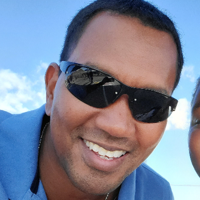 An El Paso mom was recently arrested after she snuck into her daughter’s school and pretended to be her. When you first hear about this, you would never think it could happen but it did. The reason by the mom makes sense but it really was not worth sneaking into school.

Casey Garcia posed as a middle school student and wanted to test the security of the school’s campus.

On Thursday, June 3, Garcia recorded herself while at her daughter’s school in the San Elizario School District. After Garcia walked around the school, dressed in a hoodie and skinny jeans while wearing a mask, she uploaded the video to YouTube. The video has already gone viral with over 200,000 views which you can see.

“I did this to prove a point, I’m a parent, I proved that I could get through the public school system and I made it without any problem. We need better security at our schools,” she said.

During lunch, Garcia said in her video, “I’ve been here all day, face-to face with teachers.”

Garcia made it the entire day and attended the classes and ate lunch in the cafeteria until the last teacher called her out. Some students realized she wasn’t a student but didn’t mention anything to teachers.

This mom proved a point but it will cost her time in jail and money for bail. Her bond was set at $7,908 which is a high price to test out the school’s security.

Investigators met with the school officials and Garcia was arrested on two counts. She was arrested for trespassing and tampering with government records.

Garcia said she wasn’t trying to break the law but wanted to run her social experiment to see if anyone would notice she wasn’t a student. She wanted to prove students were vulnerable to threats including mass shootings.

In the video, Garcia said, “We need better security at our schools. This is what I tried to prove. I don’t mean to be curt, but I kind of feel like I proved it.”

She added: “There have been way too many mass shootings. The first one should have never happened. We need metal detectors. I don’t think backpacks are a good idea.”

“While there was a breach in security by an individual associated as a parent with the school … we want to assure you that our security measures are being reviewed and evaluated,” Meza-Chavez commented.

“I’ll talk to you once I’m inside,” said Garcia, sporting a yellow hoodie, jeans, sneakers, glasses, and a black face mask. “Do I look like a seventh-grader? No? Cool. Awesome.” (Jail records show Garcia is 4 feet 11 inches tall and weighs 105 pounds.)

The Washington Post released data that said since the Columbine massacre in 1999, there have been more than 248,000 children at 260 schools experienced gun violence. Schools have increased security by adding locked doors, security cameras, hallway supervision, and other measures to provide more safety for students and staff.

El Paso Reports the First Cases of the Delta Variant

El Paso COVID-19Image by v-a-n-3-ss-a from Pixabay. At a briefing Friday afternoon, El Paso Mayor Oscar Leeser and County Judge Ricardo Samaniego stated there were three Delta variant COVID cases in women in their 20s, 40s, and 60s. It appears the Delta variant can affect anyone despite their age.
Read full story
3 comments
Texas State1d

Beto O’Rourke and others marched against unequal voting rights starting from Austin. This weekend Willie Nelson is singing for free in Austin also against the government of Texas and the changes in voting rights.
Read full story
5 comments
Texas State2d

Another Soldier is Missing at Fort Bliss, Texas

El Paso COVID-19Image by Alexandra_Koch from Pixabay. As the virus reemerges, the CDC has recommended fully vaccinated people wear a mask to prevent a further spread of the virus. As of Tuesday, approximately 68% of people age 12 and older had been fully vaccinated in El Paso.
Read full story
3 comments
El Paso, TX5d

El Paso jobs hiringImage by Gerd Altmann from Pixabay. These are the business in El Paso that are hiring in the borderland. Several companies are hiring and the jobs that are available go by very fast. So if you are looking for a job, don’t wait and apply.
Read full story
El Paso, TX5d

Finding the best roofer in El PasoImage by sandid from Pixabay. El Paso has seen a lot of rain this year and there may be a few more days of rain left in the summer. So getting a roofer out to prepare for the next storm may be hard since they are busy working on homes of people who were affected by the recent rain. I know because I am having my roof repaired right now.
Read full story
1 comments
Texas State6d

El Paso back to schoolImage by Dimitris Vetsikas from Pixabay. Most students in El Paso are returning to school on August 2, 2021. The summer is over for children as they return to school.
Read full story
2 comments
Harris County, TX8d

Houston COVID Rates are Rising, and a New Variant Enters

Houston is seeing a rise in COVID after a decline. The Delta variant has been the primary COVID variant but the Lambda has been recently identified in a patient. This has caused concern for city representatives.
Read full story
8 comments
Texas State10d

Migrants are Still Crossing the Southern Border in Texas

Close to El Paso in Hudspeth County, since October migrants have been flooding the area bringing crime and death. Two ranchers spoke on condition of anonymity for fear of the Mexican cartels.
Read full story
Texas State10d

This Friday, July 23, 2021, free pets are given away along with $125 to the new home. The El Paso Animal Services and the Best Friends Animal Society teamed up to each home that adopts a new pet.
Read full story
El Paso, TX11d

El Paso's City Leaders and Medical Experts are Not Talking About COVID Variant. Or are They?

El Paso jobs hiringImage by Gerd Altmann from Pixabay. El Paso companies are hiring this summer in the borderland. Several companies are hiring and the jobs that are available go by very fast. So if you are looking for a job, don’t wait and apply.
Read full story
El Paso, TX15d

El Paso COVID-19COVID image by mohamed Hassan from Pixabay. You may have seen stories or references to the COVID breakthrough infections that may be in El Paso. According to the CDC, this is exactly what it is:
Read full story
1 comments
El Paso, TX16d

This is What You Need to Know About El Paso Students Getting Ready For School.

With summer about to end, El Paso students are getting ready to see their school break end and start off a new school year. The past year has been tough for families, students as well as teachers as everyone had to make last-minute adjustments because of the virus.
Read full story
El Paso, TX17d

El Paso COVID-19Image by SeeMoon JaaMoon from Pixabay. Dr. Edward Michaelson of Texas Tech University Health and Sciences believes the Delta variant is in El Paso, Texas. El Paso does not have the equipment to detect the Delta variant so leaders do not know the answer.
Read full story
5 comments
El Paso, TX18d

The Miami Marlins selected El Paso’s own Ivan Melendez in the 2021 Major League Baseball draft. Melendez is a sophomore for the University of Texas Longhorns where he played third base. He was selected 479th overall. Melendez may return to the Longhorns for another college season.
Read full story
18d

Hong Kong’s Crypto.com opened a $175 million partnership with the sport Las VegasUltimate Fighting Championship (U.F.C.). The deal is for 10 years. The Crypto.com logo will appear on the apparel of athletes in and out of the Octagon where the athletes fight.
Read full story
El Paso, TX19d

The Vaccine is Out But El Pasoans Are Still Getting COVID

The city of El Paso reported that 12 people have contracted the coronavirus even though the vaccine is available. There have been no recent deaths but hospital rates show 48 people are hospitalized with 14 people in ICU.
Read full story
7 comments
San Diego, CA23d

SeaWorld in San Diego, California is operating after a year of COVID that closed many facilities and activities. Just about all of the rides and events were open after spending a day there recently.
Read full story