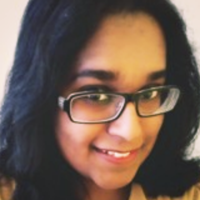 In Chicago, Illinois, a Chicago bus driver was looking for ways to relieve his stress. You see, this bus driver was stressed by the ongoing pandemic and came up with the idea to jump into Lake Michigan.

Recently, he had just jumped for his 365th straight day this past Saturday. His name is Dan O'Conor.

As you can see from the video above, Dan O'Conor first started jumping into Lake Michigan. Eventually, for safety reasons, he specifically moved into Montrose Harbor on the city's North Side.

You can see a map of the general area below:

The father of three had reportedly said:

From the sounds of it, jumping into the water really did help him process the greater world, such as the ongoing pandemic, protests, and elections. It seems that just diving into water helped him achieve moments of peace.

One can imagine that being a father would mean that he has to make sure his children are well too. If he is not okay, then it would be hard for him to provide the best level of care for his kids, and our kids deserve the best quality of parenting, regardless of age.

Anyways, he had been jumping for at least a full year.

In the fall, he had somehow continued jumping. There was an issue: the increasingly frozen lake. He ended up hacking a hole in the ice that was big enough for him to jump into.

It seemed to help him out during the winter months too.

However, after creating a giant hole in the frozen lake, he did report one instance where he found some scrapes and cuts on his body, somewhere during the wintertime.

As he continued doing this ritual, others started to notice.

“People started asking me what this was benefiting and how they could support — and when I say people, I’m talking strangers online, you know. When I started posting the videos on Twitter and Instagram ... I got more wind in my sails there because people started commenting like, ‘This makes my day, it’s nice to see this."

It's great that others noticed and decided to help him out. It's also cool that this little habit turned into an online thing too, where others would compliment him on social media and make him feel good about it too.

This past Saturday marked a full year of his habit of jumping into the lake.

“I just wanted to celebrate just that drive to dive for 365.“

You can see a video of him jumping below this past Saturday. It looked like he had a lot of fun since you can see other spectators and music being played, just to celebrate the momentous occasion. He even climbed a special ladder to make it all grandiose.

In the days leading up to day 365, you can tell he had a lot of fun. Here's a video of him jumping with other people back on Day 364.

As for life beyond day 365, we shall see if Dan O'Conor will continue doing these jumps. For now, the community of Chicago, Illinois (and his friends, fans, and family) will have to just wait and see.

A street in New York.Photo by Helena Lopes from Pexels. Several days ago, New York City had plans to move over 8000 homeless people out of hotels (and into group shelters) but was disrupted by a federal judge that determined that the health of the homeless was not being adequately considered.
Read full story
3 comments
7d

Some people in New York State may be thrilled to hear that people who plan to travel with marijuana within the state will not have to worry about their stash being stolen or confiscated. In fact, they won't be issued tickets for possession, or be arrested for possession.
Read full story
1 comments
New York City, NY9d

The Queens Night Market is Back in Business

In New York City, the Queen's Night Market officially reopened as of June 19, 2021. It served up (and will continue to serve up) many tasty treats for hungry New Yorkers craving some fantastic and wonderful multicultural food.
Read full story
2 comments
New York City, NY10d

Some New York restaurants (including some in New York City) have thousands of dollars in wine and beer that they cannot sell anymore. For example, some places have prepared pre-made beverages in to-go cups and bottles that many people happily bought, and allowed some restaurants to salvage some financial hardships.
Read full story
3 comments
New York City, NY10d

In New York, a television actor named Isaiah Stokes was indicted for murder. Specifically, he had been charged with murder in the fatal shooting of a New York. Isaiah is a 41-year-old actor who has appeared on shows like Law & Order, Power, and Boardwalk Empire. According to his IMDB page, he was also an aspiring rapper under the name of I$AIAH.
Read full story
1 comments
Geneva, NY11d

Finger Lakes Sees the Return of the International Riesling Expo

In Geneva, New York, the International Riesling Expo returns to the Finger Lakes for FLXCursion 2021: Riesling and the New Normal. After a resounding success from the 2019 conference, it's great to see some sense of normalcy and socialization in the area.
Read full story
New York City, NY12d

On Seneca Lake, the biggest of all Finger Lakes in upstate New York, is often seen by most as being associated with wine tasting, swimming, fishing, and boating. Curiously, there's also a gas-fired power plant that upholds a massive Bitcoin mining operation. If you're unfamiliar with this term, this video explains it in great detail (but in simple terms):
Read full story
New York City, NY14d

In New York City, New York, there were plenty of people running and cycling at the New York City Triathlon on Sunday, July 11, 2021. More specifically, more than half of the participants were residents from New York City, while the remaining half were people coming from 39 others states and 19 other countries.
Read full story
1 comments
Buffalo, NY17d

In Buffalo, New York, over 300 cyclists from 34 states will travel 400 miles across the state for the 23rd annual Cycle the Erie Canal Bike Tour. They will start in Buffalo and end in Albany.
Read full story
New York City, NY17d

In the state of New York, fully vaccinated teachers students are no longer required to wear face masks in summer school. The Centers for Disease Control and Prevention recommended this, while the Department of Health (DOH) released new guidelines and guidance suggesting that they would approach summer school programs like they would for summer camps.
Read full story
1 comments
New York City, NY19d

In the United States, and especially in New York City, New York, infrastructure cyberattacks are becoming an increasingly big problem. Whether it was the infamous computer system outage in the Atlanta City Government in 2018, or Baltimore's 911 emergency system disruption (also in 2018), or even the temporary and offline takedown of Colorado’s Department of Transportation (in 2017-2018), cyberattacks are costing taxpayers over $17 million.
Read full story
New York City, NY20d

Screenshot of the Masked Man (aka Hunter Kowald) from YouTube. In New York City, New York, around the early morning hours of June 22, 2021, there was incredible and unbelievable footage of a masked man flying around Times Square while standing on a hoverboard.
Read full story
New York City, NY20d

Image credited to Mr. Rossi on Wikimedia Commons under Creative Commons License. After a long slumber, Madison Square Garden, located in New York City, New York had finally reopened to the bombastic sounds of the Foo Fighters, one of the most famous rock bands of all time.
Read full story
New York City, NY21d

For the past couple of weeks in New York City, New York, The LEGO Group has opened their latest LEGO Store. It will be the first flagship store to feature its latest and newest retail format.
Read full story
Buffalo, NY24d

New York City, New York is getting its first-ever museum dedicated to the culture and history of LGBTQIA+ communities. This will be housed within the city's oldest museum called the New-York Historical Society.
Read full story