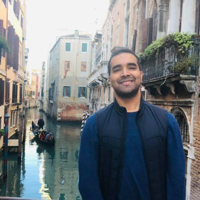 Follow me to read about upcoming technology trends, business strategy, and articles and tips.

5 Must-Visit Places for Your Next Trip to San Diego

Founded in 1769, San Diego is the oldest and second-largest city in California. The comfortable weather throughout the year and the laid-back environment make San Diego a very popular tourist destination.

San Diego's coastal seat along with its proximity to the Mexican border makes it a perfect cultural fusion of Mexico and America. Whether you are looking to go to the beaches, museums, awe at high-rise buildings, or experience the food and local culture, San Diego is filled with exciting and fun things to do. Here is a list of some of the must-visit attractions for your next trip to San Diego.

One of the most photographed places in San Diego, La Jolla Cove is an ecologically protected area with wildlife both in and out of water. You can spot sea lions near the cove's bluffs and if you are lucky they may even come on the beach occasionally. La Jolla Cove is a very popular spot for snorkeling for both beginners and experienced folks and when you are underwater you will see a variety of sea creatures.

Even if you are not into snorkeling, it is still recommended to visit the La Jolla Cove for its beautiful landscapes. The site is also popular for swimming, kayaking, scuba diving, hiking, and biking.

The Gaslamp Quarter is a 16 blocks long stretch from L Street all the way up to Broadway, including Sixth, Fifth, and Fourth avenues. The area is filled with Victorian-style architecture and houses a variety of shops, art galleries, theaters, and restaurants. You can either start your stroll at the Horton Plaza or the Gaslamp Quarter's gate itself. Gaslamp Quarter has a very happening nightlife and the place is buzzing with people even late into the night.

Gaslamp Quarter also hosts a lot of events throughout the year - from Comic-Con to Mardi Gras Parade, this place is part of some of the most popular annual events in San Diego.

San Diego is a big military town and is home to the longest-serving aircraft carrier in the world USS midway. USS Midway started its journey in 1945 and has served in World War 2, Korea War, Vietnam War, and Operation Desert Storm before being converted into a museum in 2004.

The museum offers over 60 exhibits and nearly 30 restored aircraft aboard. During the tour, you can see the crew's sleeping quarters, brig, ship's jail, and the engine room among several other points of interest. You can also enjoy flight simulators, know tying demonstrations, and films showcasing the dramatic history of the wars USS Midway had been a part of.

While the self-guided audio tour is great it is recommended to try and listen to several volunteers some of whom are military veterans who served on the USS Midway. There is just so much history and stuff to learn at this museum so you may want to plan for at least half a day when you visit this historical relic.

Balboa Park is a 1200 acre park filled with trails, museums, theaters, occasional concerts, and several recreational facilities. The park also houses the San Diego Zoo. If you like music there are often open-air concerts, if you like theater you can enjoy theater productions. For people looking to play games there are ballparks, bowling alleys, archeries, and remote-controlled racetracks. History buffs can take museum tours, memorials, and art houses.

The city built a seawall in 1930s to make the waters calmer for children. There was an unintended pleasant surprise that these calm waters appealed to the seals as well. Located in La Jolla, Children's Pool Beach is a great place to watch seals having fun in the sun, playing in the water, and ocassionally giving birth to their pups. If you are even remotely interested in wildlife you would love witnessing the seals in their near natural habitat. It is recommended to pack binoculars if you plan on watching them from above.

Follow me to read about upcoming technology trends, business strategy, and articles and tips.

Malibu is a beautiful beach city in the Santa Monica Mountains and is home to several famous Hollywood celebrities. The city is just 30 miles (48 km) west of Downtown Los Angeles and the city is famous for its Mediterranean climate. The city has some of the best restaurants with delicious food and spectacular ocean views.
Read full story
1 comments
Nebraska State5d

Lincoln is the capital city of Nebraska and the second-most populous city in Nebraska. Founded in 1856, the city was renamed after President Abraham Lincoln and became the state capital in 1869. Lincoln is an offbeat city and offers the best of both urban and rural life. The city is home to numerous museums and other cultural attractions and it doesn't matter what interests you, Lincoln has no shortage of things to do for its visitors.
Read full story
Fresno, CA5d

Fresno is a beautiful city near the geographical center of California. It is in the center of San Joaquin Valley, the southern portion of California’s Central Valley. Fresno is approximately 220 miles (350 km) north of Los Angeles and approximately 185 miles (300 km) southeast of San Francisco.
Read full story
Texas State6d

Top Places to Eat on a Budget in Arlington, TX

Albuquerque is the most populous city in the US state of New Mexico. The city has one of the highest elevations of any major city in the US ranging from 1500 m to 2000 m. Albuquerque is a fascinating mix of diverse cultures, natural beauty, rich history, and mid-century charm.
Read full story
Fontana, CA8d

Fontana is a vibrant city nestled against the San Bernardino mountains and situated in San Bernardino County, California. The city was founded by Azariel Blanchard Miller in 1913 and it remained essentially rural until World War II when entrepreneur Henry J. Kaiser built a large steel mill in the area. While the steel industry ruled the economy of the city in the past, Fontana, today is a regional center with plenty of fun and entertaining attractions for tourists and visitors of all ages.
Read full story
1 comments
Lancaster, CA9d

Lancaster is a charter city in Northern Los Angeles County, in the Antelope Valley of the western Mojave Desert in Southern California. The community is famous for its art and cultural events, including the annual California Poppy Festival that brings in more than 60,000 visitors to the region to see widespread blooms of the state’s official flower. The city also has several movie scenes shot including the Two Pines Church that featured in many scenes of Quentin Tarantino's movie, Kill Bill.
Read full story
6 comments
Honolulu, HI9d

Best Attractions to Visit on Your Next Trip to Honolulu

Honolulu is the capital and the largest city in Hawaii. Other than being Hawaii's main gateway to the world, Honolulu is a major hub for international business, finance, and is characterized by a mix of diverse cultures.
Read full story
Wichita, KS10d

Wichita is a city in South-Central Kansas and is popularly known as The Air Capital of the World. The nickname was first used by the Aeronautical Chamber of Commerce in 1929 due to the large presence of aviation and aeronautical corporations in the city. Wichita is home to some of the biggest universities in the state of Kansas including Wichita State University, Friends University, and Newman University.
Read full story
6 comments
Toledo, OH10d

Toledo is the fourth most populous city in Ohio behind Columbus, Cleveland, and Cincinnati. The city serves as a major trade center for the Midwest and is located on the west bank of the Maumee River.
Read full story
Milpitas, CA11d

Milpitas is a beautiful city in Santa Clara County in California and is home to the largest Bay area enclosed mall, The Great Mall of the Bay Area in Northern California. There are approximately 200 stores in the mall and consists of a total of 1,357,000 square feet of retail area. Most of the visitors come to Milpitas to shop and get some retail therapy.
Read full story
6 comments
Kansas State11d

Top Must-Visit Places for Your Next Trip to Wichita, KS

Wichita is the largest city in the US state of Kansas. In the 1920s and 1930s, several aircraft manufacturing companies were established in Wichita earning the city the name of "The Air Capital of the World". Even today Wichita is a major center of aircraft manufacturing with companies like Textron Aviation, Airbus, and Learjet continuing their operations in the city.
Read full story
6 comments
Oklahoma State12d

Best Attractions to Visit for Your Next Trip to Tulsa

Tulsa is the second-most populous city in the state of Oklahoma and the 47th most populous city in the United States of America. While the city's economy was driven by the energy sector initially and it was once called the Oil capital of the world, the city today has diversified sectors consisting of finance, telecom, aviation, and technology.
Read full story
Henderson, NV14d

Best Places to Visit During Your Trip to Henderson, NV

Henderson is the second biggest city in Nevada after Las Vegas and is located about 25 km southeast of downtown Las Vegas. While no other city comes close to how popular Las Vegas is, Henderson is a great laid-back suburban alternative to the bright lights and party destination that Sin City has to offer.
Read full story
2 comments
Texas State15d

Arlington is a city located in the US state of Texas. The city ranks 49th on the most populous city in the USA and is the seventh most populous city in the state of Texas. Arlington captures the spirit of Texas perfectly. The city is full of museums, attractions, thrilling amusement parks, and many more attractions to keep its visitors as well as locals entertained.
Read full story
Riverside, CA16d

Riverside is a city in California and is named for its location besides the Santa Ana River. Riverside was founded in the early 1870s and it is the birthplace of the California citrus industry and home to the Mission Inn, the largest mission revival style building in the United States.
Read full story
6 comments
Chula Vista, CA16d

Best Must-Try Restaurants During Your Visit to Chula Vista

Chula Vista is famously known as the Lemon Capital of the world. The city hosts the annual Chula Vista Lemon festival along with food, crafts, music, and performances. It is the second-largest city in the San Diego metropolitan area and the fifteenth largest in the state of California. The city has some of the best ocean views and you can catch sunrise or sunset from almost any corner of the city.
Read full story
1 comments
Colorado State19d

Best Places to Visit During Your Next Trip to Colorado Springs

The City of Colorado Springs is the second-most populous city in the US city of Colorado behind Denver. The city is home to 24 national sports governing bodies and is situated on the eastern slope of the Front Range of the Rocky Mountains.
Read full story
California State24d

Best Things to Do in Fontana, California

Fontana is a city located in San Bernardino County in California. It is the 18th largest city in California by population. In Italian, the word "Fontana" means "water source" which is apt due to the nearby Santa Ana River. Founded in 1913, the city grew largely due to the Kaiser Steel Mill which provided jobs and boosted the economy of the city. The city has now grown to a regional center and has several attractions to entertain tourists and visitors of all ages.
Read full story
8 comments
Arizona State25d

Mesa is a city in the US state of Arizona and is the largest suburban city by population in the United States and the third-largest city in Arizona after Phoenix and Tucson. The city is home to numerous educational facilities and the largest relief airport in the Phoenix area.
Read full story
1 comments