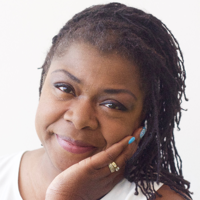 I write about Lifestyle content with a focus on Parenting, Society and Trends. I also talk about how things have changed on my podcast, "Parenting Then and Now."

No, that title isn't a typo. "Geriatric" pregnancies are really a thing. A geriatric pregnancy, in medical terms, simply means that the mother carrying the child is over the age of 35. Pretty unbelievable because in most places, 35 is not considered old, at least not old enough to be equated with a term that most of us connect to senior citizens.

News of a 57-year-old woman giving birth shocked many who didn't know that it was possible. While in strictly medical terms, the New Hampshire woman’s age at gestation meets the requirements, that’s likely where it ends.

Check out this video of that new mom, Barbara Higgins doing cross-fit while pregnant. She could give any 34-year-old or younger a run for their money.

Her story about how and why she came to delivering her child at an advanced age would touch anyone. But of course there are naysayers who believe that for many reasons, giving birth in your late fifties is a bad idea.

The question is, “says who?”

As fertility technology progresses and the age of older parents continues to climb, we will likely be seeing more of older women making their dreams of motherhood come true well beyond age 35. There’s no question that there are challenges to making this choice but there are also advantages to doing so. Experiencing a “geriatric” pregnancy isn’t necessarily a bad thing. And get ready to see more of these types of pregnancies as technology advances and social/cultural expectations shift.

Experiencing a “geriatric” pregnancy isn’t necessarily a bad thing. And get ready to see more of these types of pregnancies as technology advances and social/cultural expectations shift.

The reality is that becoming a parent later in life is an increasingly more common occurrence. As women struggle with financial responsibilities, career goals and the inherent challenges of fertility that age brings, the definition of “older mom” will continue to shift. While this particular situation in New Hampshire is atypical it may not be the case for long. Women around the world are reassessing their options and making choices that are best for them and their families.

Some may disagree - so what?

Many who disagree with the prospect of women post age 40 having kids aren’t aware of the fact that this reality is easier to realize now than it was even 20 or 30 years ago. Advances in technology, better health in women as the pass the 40-year-old benchmark and financial stability have resulted in more women and their partners making these choices.

For the naysayers, there are more negative outcomes and issues that are a result of these decisions, but it’s safe to say that a growing number of women are now considering their fertility and childbearing options.

As with any choice, especially one that is so life-changing. A full consideration of some of the pros and cons of doing so should be considered. For those who are thinking about it one way or another, here are some points that may sway them towards or away from this choice.

Should you have a baby after 40?

The Cons of Having a Baby After 40 (Or Later)

I write about Lifestyle content with a focus on Parenting, Society and Trends. I also talk about how things have changed on my podcast, "Parenting Then and Now."

In honor of Juneteenth, popular furniture store perpetuates racist stereotypes, say employees. "Insensitive" is what Black employees at an IKEA store in Atlanta called efforts to honor Juneteenth. The popular Swedish furniture retailer emailed a menu to all staff at the store this past Friday.
Read full story
Chicago, IL2021-06-15

One Year of Daily Jumps Into Lake Michigan For Chicago Man

Social media helped find the rightful owner, who says she lost it at a movie theater in 1975. Tom Stephens and Colleen Distin at the Majestic Ventura Theater with her lost wallet and contentsWes Woods II/The Star.
Read full story
Prince George's County, MD2021-06-05

Blown Away: Birthday Cake Tradition Gets a Pandemic-Era Makeover

Children blowing out candles on a birthday cakeUnsplash. Blowing saliva droplets over a birthday cake is less than enticing during COVID-19 One Richmond-area dad came up with an ingenious solution to this age-old problem made more pressing by the emergence of the coronavirus.
Read full story
Los Angeles, CA2021-05-31

Los Angeles Toddler is Smarter Than Most Americans

A two-year-old genius has been accepted to Mensa America. Kashe Quest, the youngest member of American MensaInstagram. The best-known society for people with high IQs has admitted a Los Angeles toddler to its ranks. At just two years old, Kashe Quest has an IQ of 146, which is 46 points higher than the average American, whose IQ is 100.
Read full story
6 comments
San Francisco, CA2021-05-30

Masked Customers Must Pay $5 to Keep Their Masks On

"Pay to Stay" is the policy in this Mendocino cafe. There's a new store policy in town not all of the locals like it. Customers got a shock when they saw a newly-placed sign in the window at Fiddlehead’s Cafe in Mendocino recently.
Read full story
11 comments
2021-05-26

Online shopping leader acquires MGM in latest deal. Popular Franchises Including James Bond and The Real Housewives Included in Sale. In a prime deal straight out of the movies, online shopping giant Amazon has announced its acquisition of MGM studios. The popular online retailer is paying $8.45 billion US for MGM. This decision has made it the company's second-largest acquisition after its record purchase of Whole Foods for $14 billion US in 2017.
Read full story
Boston, MA2021-05-25

Event at New Hampshire quarry included the explosive Tannerite. On May 17, a New Hampshire man was charged in connection with a gender reveal explosion that literally shook various area towns in April. After turning himself in to police, Anthony Spinelli of Kingston has been charged with disorderly conduct. It wasn’t immediately clear whether he had obtained a lawyer on his behalf and, at the time of the charge, was unreachable by phone.
Read full story
Richmond, VA2021-05-23

Richmond-area woman finds her missing scratch-off ticket under dresser after being lost. In just the nick of time, Kimberly Jones got lucky. After believing she had lost the winning scratch and win lottery ticket that she had previously bought, she located it in the most unlikely of places: under her dresser.
Read full story
Gainesville, TX2021-05-21

68 lions, tigers and other felines released after complaints against park's owners. Lions, tigers but no bears were rescued from the animal park that was made famous in Netflix's hit series, "Tiger King: Murder, Mayhem and Madness." Federal authorities have seized 68 big cats from an animal park located in Thackerville, Oklahoma, a town just about a 10 minute drive from Gainsville, Texas. When authorities entered the park, they seized 46 tigers, 7 lions, 15 lion-tiger hybrids, and 1 jaguar that were said to be abused and mistreated by the park owners, Jeff and Lauren Lowe. The couple were prominently featured in Netflix's "Tiger King" hit show, which debuted on the streaming service in March, 2020.
Read full story
Los Angeles, CA2021-05-16

Winning $26 million lottery ticket destroyed in laundry cycle. Watch out for the rinse cycle. It's a doozy. This lesson was sadly learned a bit too late for a Norwalk resident recently. Believed to be the owner of the winning $26 million California Lottery prize, the unnamed woman returned to an Arco AM/PM convenience store at 10602 Imperial Highway, the place she said she bought the original ticket.
Read full story
Salem, OR2021-05-11

Church Remains Open Despite Congregation Becoming Ill. Even though he, his wife and 72 members of his congregation became infected by COVID-19 at his church, Pastor Scott Erickson of the Peoples Church in Salem, Oregon, remained defiant. In his Mother's Day service on Sunday, Pastor Erickson vowed to continue to remain open, despite the spread of the virus.
Read full story
5 comments
San Joaquin County, CA2021-05-10

Multiple felonies include forgery and identity theft. A Northern California business owner has been charged with multiple felonies after being accused of selling fake COVID-19 vaccination cards. Todd Anderson, 59, of Acampo, California, was arrested on May 4 at the Old Corner Saloon, a bar that he owns in Clements, nearly 35 miles southeast of Sacramento. The arrest followed a complaint that fake cards indicating that the COVID-19 vaccine had been received were being sold at the location.
Read full story
3 comments
Portsmouth, RI2021-04-30

'Josh Fight' participants battle with pool noodles at Lincoln Air ParkNBC News. Lincoln's Air Park was the host of a first-of-its kind event that's sure to become a must-attend adventure, "Josh Fight." The event is unique in that its claim to fame is that every one of the hundreds of participants is named "Josh." The brainchild of Josh Swain, a 22-year-old from Tucson, Arizona, started inauspiciously. Early in the pandemic while at home fighting boredom, the college student sent direct messages (DMs) to a number of people on various social media platforms who shared his first name. In a lighthearted and joking manner, he challenged them to a duel.
Read full story
Daytona Beach, FL2021-04-26

Senior citizen experienced a gashed forehead after I-95 incident. It's a bird! It's a plane! It's a...turtle?That's the surprising reality of what happened to a 71-year-old Daytona Beach woman who was driving with her daughter on Florida’s Interstate 95 near Port Orange on April 21. The woman and her daughter were shocked to discover that a turtle had flown through their windshield hitting the older woman in the head, resulting in her having to visit the hospital, authorities said. The woman was sitting in the passenger side of the vehicle. She suffered a half-inch to an inch cut above one of her eyes, and the gash drew a lot of blood reported Port Orange police spokesman Officer Andre Fleming. Her treatment was provided at Halifax Health Medical Center in Daytona Beach.Fleming confirmed that the turtle was alive, and suffered only some scratches on its shell. Firefighters released it into the woods near the scene of the incident, he explained.
Read full story
Kern County, CA2021-04-25

'Jane Doe' case from 1980 resolved through DNA evidence. Artist rendering of 'Jane Doe' revealed to be Shirley Ann SoosayDNA Doe Project. A 41-year-old cold case has been solved due to DNA evidence. The Kern County Sheriff’s Office announced on Friday that with the help of the Ventura County District Attorney's Office and the DNA Doe Project (DDP) it was able to identify Jane Doe 1980. The unknown woman had been given the name due to her unknown identity and has remained by this title until this new information came to light. The announcement came at a fitting time, during National Crime Victims’ Rights Week.
Read full story
1 comments
Sumter County, SC2021-04-23