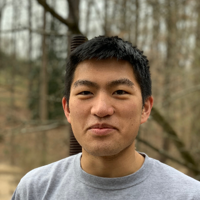 If Your Writing Pleases Everyone, You’re Doing Something Wrong 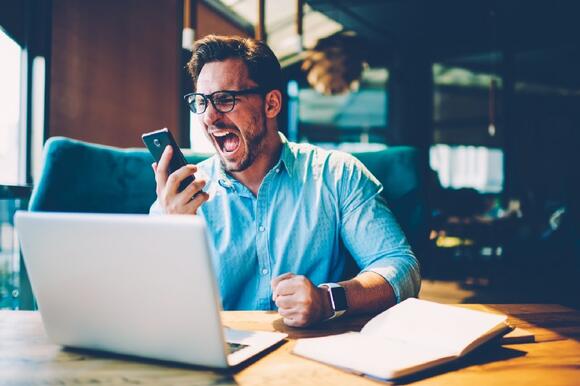 “You have enemies? Good. That means you’ve stood up for something, sometimes in your life” — Winston Churchill

I have had my fair share of extremely harsh, hateful comments, and a couple of death threats here or there. It’s not like I welcome that kind of very harsh reception, but as I’ve gotten more exposure, positive and negative, with the topics I write about, particularly politics and religion.

Some negative comments are constructive. Some are flat-out vociferous. But that led to a wider lesson that didn’t happen when I was getting less exposure:

If your writing pleases everyone, you’re doing something wrong

It might mean that you’re not taking a strong stance on anything, not standing by your beliefs, or not taking enough risks in your writing. To truly be vulnerable as a writer, it’s opening yourself up to the possibility that people might not like your writing.

Just like how the best villains in TV shows are the ones that can solicit hatred and negative emotions out of you, good writing that you disagree with will solicit similar negative emotions. The worst reaction you can elicit is not negativity — it is indifference.

If you have a strong enough voice, not everyone will like what you want. You will have a lot of really loyal fans, “meh” fans, detractors, people who are just indifferent.

Your beliefs, writing style, and topics you write about cannot possibly please everyone. Sure, they will probably please a lot of people, but it’s not only just about religious or political opinions — a lot of people just won’t like how you write, which words you use, how you use your adjectives, and how you compose your sentences.

By no means should you try to provoke negative reactions, but they are inevitable

A good writer is not a deliberate provocateur. You might get a lot of hate views and reads by setting yourself out to troll and offend people, but you’re also sacrificing your integrity and ethics. Negative reception should be a byproduct, not a desired outcome.

But look at what all great writers from Stephen King, Jane Austen, Fyodor Dostoevsky, Leo Tolstoy, Oscar Wilde, and Shakespeare have in common — they have been vilified. Look at the most popular book in human history — the Bible.

How many people out there hate the Bible?

What great writers have in common is that they stuck to themselves, their beliefs, genres, and styles. They put their voice and stories out there unapologetically. Writers don’t usually intend to offend anyone, but it happens regardless.

We must acknowledge that people simply have different interests and opinions. Readers do especially, and that means in no world should every reader like everything we have to say. If they do, then we have built an echo chamber, not a story and not an argument.

If you elicit a bunch of long, disagreeing comments on your writing that verge in the “constructive criticism” category rather than hate and death threats, then good — it means you have a really thought-provoking piece that leads to a lot of thoughtful disagreement.

Writing that pleases everyone means you’re not writing for yourself

But in writing, sometimes playing it safe is the riskiest thing you can do.

There are a lot of writers out there. There are thousands of writers who probably write on the same topics and genres that you write about.

Ask yourself if there’s any famous writer out there who’s universally loved. How many can you count on your fingers? That’s right — zero.

It’s easier to give a negative opinion and make your distaste for someone’s writing heard now more than ever. If you are on the receiving end of those comments, they might not be nice to see, but it means you’ve stood up for something. You stood up for your experiences, friends, family, or deeply ingrained beliefs.

Writing, by nature, is exposing yourself and a window into your mind that people won’t see all the time. In a lot of ways, it’s like being naked and subjecting yourself to not only praise, but scorn.

People have their own personal experiences and preferences, and when they leave you a negative comment, know that it’s more about them than it’s about you. And people are different, so there’s a wide range of how your writing can be interpreted.

Write your best work, your best stories, and defend what you believe in, and know that receiving untasteful comments is a natural byproduct in your progression as a writer. Don’t fixate on the negativity, but know you’re doing something right as you move onto your next story.

Originally published on July 6, 2020 on The Partnered Pen.

The Segregationist New York Mayor During the Civil War

“His Highness, King Abraham Africanus the First — our Great Usurping Caesar, violator of habeas corpus and freedom of the press, abuser of states’ rights…radical Republican autocrat ruling by fiat and martial law affixed his name to his heinous and illicit Emancipation Proclamation…[which] has obliterated millions of dollars’ worth of personal property rights and ‘liberated’ the hundreds of thousands of hopelessly indolent Negro refugees.” — Fernando Wood in Lincoln.
Read full story
5d

“I believe that man will not merely endure: he will prevail. He is immortal, not because he alone among creatures has an inexhaustible voice, but because he has a soul, a spirit capable of compassion and sacrifice and endurance,” said William Faulkner in his acceptance of the 1949 Nobel Prize in Literature.
Read full story
Maryland State2d

Originally published by AndrewHome on Public Domain. During the second term of the Obama administration, a grant was offered to Maryland to build the Red Line in Baltimore, a mass transit rail line that would have connected many Baltimore neighborhoods to downtown Baltimore and the suburbs.
Read full story
4d

How to Deal With the Unpredictability of Freelancing

In the last two months of freelancing, I’ve made more money than I do my average month in my day job. But I won’t quit teaching for freelance writing for many reasons. One of those reasons is that income from freelancing is incredibly unpredictable.
Read full story
5d

On The Internet, Negative Feedback Is Good For You

The more I spend time blogging on Medium and on the Internet, the more I realize this attention-seeking maxim is true of the Internet environment, as well as the age of Donald Trump:
Read full story
5d

I Don’t Have Any Idea What I’m Doing, And That’s Fine

Evil Was In Us All Along

The above-mentioned quote is my favorite from the HBO series because it conveys a fundamental life truth. We often look at life changes and actions as we get older and think that we’ve changed irreversibly somehow, like substrate turns to product in an irreversible chemistry reaction.
Read full story
5d

Being Noble Is Not Important, But It’s Important To Me

I was once hanging out with a couple of my friends and we were having a discussion when somehow this question popped up:. There was a pause in the conversation as we considered the question. It was something that I’d wondered for a long time, too. Eventually one of my friends, who I’ve come to really respect and take after, said this:
Read full story
1 comments
5d

The Story Behind My Tattoo: Learning To Have A Lover’s Quarrel

The above quote is the final stanza to my favorite poem, Robert Frost’s “The Lesson For Today.” The last line of the poem is Robert Frost’s epitaph, the line that goes on his gravestone. The words were so powerful and inspirational to me that I thought about my own mortality back in April, and, for an English project about Robert Frost, wrote my own epitaph for what will go on my own gravestone.
Read full story
5d

When You Have to Hit The Reset Button

Today, I towed a heavy line between being tired and exhausted, with a lot of my day leaning towards the latter. Working my 10-hour shift at Amazon with not good sleep last night was, well, not pleasant, especially towards the end, but hey, it happens.
Read full story
1 comments
5d

Why We Find Patterns in Randomness

I see patterns in randomness all the time, even if sometimes, a cigar is just a cigar, not a phallic symbol. For me, everything going wrong in a given warning is a sign of God wanting me to be challenged on a given morning. The run that ran poorly was a sign of God’s plan that running wasn’t for me that day. The fact that I’m not motivated to do my work means God wants me to do something else at a given moment.
Read full story
Baltimore, MD9d

Going Back to the Place That Made Me Who I Am

Blistering humidity, stifling heat, and random rain and thunderstorms that shake the Earth on a regular basis are not constants where I live. But they do exist in Atlanta, the city where I went to college and effectively the place that made me who I am.
Read full story
6d

I Just Got Engaged — Here’s How My Life Changed

I’m terrible at keeping surprises. My girlfriend knew I was proposing weeks before I actually did. As you can tell from the headline, I proposed to my girlfriend recently, and thank Jesus she said yes.
Read full story
7d

The Inspiration For Sherlock Holmes

Sherlock Holmes is one of the most famous fictional characters of all time, a private detective with a proficiency in observation, forensics, reasoning, and seemingly, well, everything. He was also incredibly unclean and had a cocaine habit.
Read full story
Baltimore, MD6d

Why Did America Obsess Over Casey Anthony?

“While Americans fixated on this trial, they ignored thousands of other murder cases” — wrote Andrew Cohen in The Atlantic. I was only 14 years old during the time, and I remember being fixated to CNN covering the death of Caylee Anthony, allegedly at the hands of her mother, Casey Anthony, that seemed to be on TV all the time. My dad would comment when he saw the case on the news, that no case of alleged murder would get as much attention since he saw O.J. Simpson all over the news when he first came to America in 1995.
Read full story
6d

Some People Expend Tremendous Energy Merely To Be Normal

In mythology, the character Sisyphus is famous and unique for his crime and punishment in the underworld. On one account, when Sisyphus dies, he wrestles and overcomes Thanatos (death) and chains him as he is being sent to Hades.
Read full story
9d

My Chinese grandfather just crossed the milestone of 80 years old, and he is struggling. He has been fighting cancer. He is living in America, where he knows zero English. One time, he got in a lot of trouble at the mall because he didn’t understand bathroom signs, and walked into the women’s bathroom.
Read full story
Baltimore, MD6d

One Day, My Fire Will Be Extinguished

“Men shut their doors against a setting sun.”— William Shakespeare. How much do I really factor in the grand scheme of the world, I wonder? I struggle with that all the time, and it’s been enlightening to me, recently, to realize that I don’t really factor in that much. I’m just one small blip, one moment bright and the next, extinguished; for a universal truth is that we’re all going to die, whether we like it or not.
Read full story
6d

Why The Pomodoro Technique Doesn’t Work For Me Anymore

I had to do a lot last week between teaching, freelancing, and running errands. To do it, I used the Pomodoro Technique. For people who don’t know, the Pomodoro Technique is when you set a timer to work on specific tasks for 25 minutes, or other set increments of times, giving yourself a short break. In the moment, it makes you feel productive and get a lot done.
Read full story