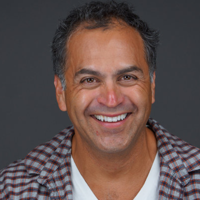 Exploring the world, one eatery, and beer at a time. Writing about the local food, beer, and spirits scene. With the occasional emphasis on donuts. #NomNom

When Brassiere Mon Chou Chou opened its doors in San Antonio, amid a global pandemic, it was immediately evident that the new French-inspired restaurant had something special.

The atmosphere is warm and inviting, with a stylish mix of traditional French fare and modern Texas flair. But what really sets Brassiere Mon Chou Chou apart from other restaurants in the area?

It's not just the food (which we'll get to), but also an ambiance that will make you feel like you're dining in Paris itself!

Walking up to Brasserie, one gets the feeling of a Paris cafe. The kind where famous writers meet for a croissant and coffee. With tables set up in the front, the vibe is immediate. Walking inside, the vibrancy is palpable, as is the energy.

At first, I thought it was due to the relative newness of the restaurant. Still, it became apparent that this is truly what Brasserie is about.

We were greeted upon entering, and it's a good thing we had made reservations because the place was bustling. Nearly every table was full, both inside and out, and we were led to our quaint two-top right near the window with a perfect view of The Pearl

Before I go on and share Our food experience, it's worth noting where the restaurant's name comes from. "Mon Chou Chou" literally translates to "my darling" and is an affectionate french nickname given to a person who is special or close to you. That special someone who completes you or is "the one."

So it was perfectly fitting that it was my wife and me here on this visit.

We started with two mimosas, and while in and of itself, a mimosa is "standard" with OJ and champagne (or sparkling wine), for some reason, the taste and flavor hit our taste buds just right.

Our waiter made some suggestions and to be honest, everything on the menu looked spectacular.

Things like the crisp duck confit in a green peppercorn sauce or the Lobster Bisque with its puff pastry cap, every single item here was tempting to say the least.

My wife ordered the Omelet Aux Champignons et Herbs, with seasonal mushroom and fresh herbs. It came with a side of French country potatoes. For me, I had the Confit De Canard au Poivre Vert. Aka: Crisp duck confit in a green peppercorn sauce. While we waited, we ordered the classic escargots in a garlic butter sauce.

The escargots came out hot and ready, and even the accompanying baguette was incredible. I'm a fan of the buttery delights, and my wife not so much, but together we managed to eat the whole appetizer. It was that good.

Our entrees arrived soon after.

The dishes were both presented beautifully and are picture-worthy for sure. My wife's omelet was perfectly cooked and so delicious I almost wish I had ordered the same. The potatoes on the side were crisp on the outside and soft on the inside. In short, the omelet and potato combo were perfect.

On the duck confit. In a word, it was Magnifique! Perfectly cooked, and the peppercorn sauce was just right. I cannot say enough good things about the food, suffice it to say.

As if it couldn't get any better, we then moved on to dessert.

Of course, being a fan of creme brulee, it was a no-brainer.

Like the rest of the meal, the creme brulee did not disappoint. Served with fresh, mixed berries, the custardy, vanilla, sweet delight was the perfect end to an excellent meal.

And all with my very own "mon chou chou."

In it's won way, Brassiere Mon Chou Chou manages to capture the essence of a Parisian bistro in the heart of South Texas. This new restaurant succeeds on every level, from the cuisine to the service, environment, and vibe.

Location: in the Pearl district near the entrance of the hotel Emma at 312 Pearl Parkway Building 2

Exploring the world, one eatery, and beer at a time. Writing about the local food, beer, and spirits scene. With the occasional emphasis on donuts. #NomNom

Classic French pastry in the heart of San Antonio: Bakery Lorraine at The Pearl

While strolling around the farmers market at The Pearl one weekend, one cannot help but notice the crowded patio, a line at the walk-up window, and a vibe like you've just stepped into a Parisian bakery.
Read full story
San Antonio, TX7d

When my wife got off work and sent the text, "where do you want to eat tonight?" it's like she was a mindreader. We both texted at the same time..."how about Stone Werks?" For quite some time now, this San Antonio-based, rustic American grill has been a restaurant we both know and love.
Read full story
4 comments
San Antonio, TX9d

Inside one of San Antonio's BEST steakhouses: J-Prime Steakhouse

Nothing goes better with Texas than a perfect cut of meat. I mean, it's Texas; what can I say?. We love our meat—especially a fabulous steak. Thankfully, the Alamo City has plenty of restaurants serving choice cuts of beef.
Read full story
San Antonio, TX10d

The burger to trump all burgers: San Antonio's very own Burger Boy

Burgers, ahhhh burgers. What can I say? They're one of our favorite foods, whether it's fast food or backyard BBQ-style burgers. We enjoy our hamburgers because they are a quick and easy way to get a lot of flavor with minimal effort. Especially when it comes from one of the best burger joints around.
Read full story
4 comments
12d

With the work from home movement picking up greater steam by the day, many Americans are looking for ways to start a career and be able to stay home. Now that we're seemingly getting back to "business as usual", even many companies are opting to allow employees to continue the remote life.
Read full story
13d

Headed to the beach? Here are 10 essentials you're going to want to pack

Tis the season when Texans start thinking beach time. Whether you're headed to South Padre Island, Galveston, Rockport Beach, Mustang Island, or Port Aransas, it's going to be super important to think about and pack what you need.
Read full story
Texas State14d

As the COVID-19 pandemic swept through San Antonio, eateries and breweries that were once thriving have now had to focus on making ends meet. Our resilience has been tested, and San Antonians have come together to support established and new restaurant ventures alike.
Read full story
San Antonio, TX17d

Beer has been around since about 3500-3100 BC. At least that's when humans and beer lovers alike have pinpointed, but it's fair to add that these dates are not proven. Some say beer was being made as far back as 10,000 BC!
Read full story
San Antonio, TX18d

The one San Antonio Tex-Mex destination to rule them all: Las Palapas

Is Whataburger the best burger ever?

Burgers, ahhhh burgers. What can I say? They're one of our favorite foods, whether it's fast food or a backyard BBQ. We enjoy our hamburgers because they are a quick and easy way to get a lot of flavor with minimal effort. Especially when it comes from one of the best burger joints around.
Read full story
13 comments
San Antonio, TX22d

Craving authentic Mexican food in San Antonio? La Gloria has got you covered

Anyone from San Antonio knows we have our share of fabulous Mexican food. And any visitor knows that when you come to the Alamo City, there'll definitely be no shortage of Tex-Mex and authentic Mexican cuisine.
Read full story
1 comments
San Antonio, TX23d

With hot summers and mild winters, San Antonio enjoys weather of all sorts. That may mean that our drinking habits are all over the map, but if there's one libation that holds true, year-round, it's wine.
Read full story
Kirby, TX24d

Nothing is better in Texas than a perfect cut of beef. What can I say? After all, this is Texas, and in the Lone Star state we certainly love our meat—especially when it's a fabulous cut prepared by one of your favorite places.
Read full story
2 comments
San Antonio, TX25d

Looking for a hip, new, excellent upscale bar in the Alamo City to relax with friends or your favorite person?. We've got you covered with San Antonio's latest and most incredible sky-high bar.
Read full story
San Antonio, TX27d

Larder at The Pearl: a unique San Antonio market for lovers of food

Walking around The Pearl in San Antonio, one can't help but stare in wonder. It's hard to believe that this place was a thriving brewery producing Pearl beer at one time. And soon after that, it became a run-down, dilapidated eyesore.
Read full story
San Antonio, TX27d

Velvet Taco at The Pearl: No One Can Resist the Deliciousness

If you are a foodie and live in San Antonio, you know what we're talking about. Velvet Taco is the ultimate foodie destination to satisfy your taco cravings! But tacos aren't just for Tuesdays anymore. You can find them every day of the week at Velvet Taco's two locations in San Antonio: The Pearl, and out at The Rim. With a menu filled with tasty twists on Mexican food favorites (think fried avocado), there is something for everyone to enjoy here- even if they're not into tacos.
Read full story
San Antonio, TX29d

5 San Antonio Steakhouses That Are A Cut Above the Rest

Nothing goes better with Texas than a perfect cut of meat. I mean, it's Texas; what can I say?. We love meat—especially a fabulous steak. Thankfully, the Alamo City has plenty of restaurants serving choice cuts of beef. One, in particular, is my favorite place to go for a good steak and some fantastic cocktails: Kirby's in Stone Oak. The menu features all kinds of meats, from Tomahawk steak to salmon, but if you ask me, there's nothing better than getting your hands on one of their ribeyes or New York strips. And they have an extensive wine list that will make any oenophile happy as well!
Read full story
4 comments
2021-07-01

Destination Hollywood: What to do and see this summer in L.A.

Summer is here, and what better place to visit than SoCal. Specifically Hollywood. While there is so much to do and see here, today we're gonna focus on some of the top places to visit in this famous city.
Read full story
Los Angeles, CA2021-07-01

Tour the Venice Beach Boardwalk: Cool Things to Do in L.A.

The Venice Beach Boardwalk is one of the most iconic and popular tourist destinations in California. It's a place for all ages to enjoy as it has something for everyone. From its world-famous beachside boardwalk all the way to Abbot Kinney Blvd. So if you're seeking a remarkable place with lots to do, Venice has you covered.
Read full story
1 comments
San Antonio, TX2021-06-26

Botika: An Exciting Peruvian-Asian Cuisine in the Heart of San Antonio

Botika is a Peruvian-Asian restaurant in the heart of downtown San Antonio that has been drawing many foodies, travelers, and locals to their doors. They offer an exciting mix of both cultures with traditional dishes from Peru and new flavors from Asia. The vibrant ambiance invites curiosity about the cuisine and celebrates the variety of fresh ingredients being used daily.
Read full story