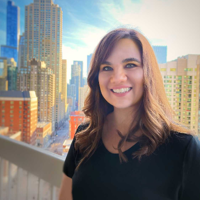 How to Visit an Alpaca Farm in Utah

I found Zion Alpacas on Airbnb and, of course, learning I could play with alpacas, mini donkeys, baby doll sheep, goats, silky chickens, and highland cows, I booked my adventure immediately.

I’m not sure if there is an animal that amuses me more than a llama or an alpaca. Do you know they’re different animals? Yep. They have different ears (llamas are longer), face shapes (alpaca have a shorter face) and fur. Alpacas are generally used for their fur and llamas are used as pack animals.

I found Zion Alpacas on Airbnb, where you can rent a casita for the night and feed the animals in the morning if you’d like! I don’t know why you’d rent a place there if you didn’t want to mingle with the animals. It’d be really funny if you didn’t realize you were staying on an alpaca farm and woke up to them staring in your window. Anyway, I digress. I just love these beasts and get sidetracked.

The farm is in Hurricane, Utah, just northeast of St. George, in a little farming community made up of adobe-style houses.

When I arrived, there was already another couple present and our host making four people total and one little black sheep who was so rambunctious and bleating loudly I couldn’t help but notice. He happily followed us (the host) around for the entire hour-long tour.

There were also goats penned up nearby, whose eyes I stealthy avoided looking into lest I get hypnotized by the devil. I’m just sayin’. Those sideways slanted eyes aren’t natural.

While we waited in a shady area, the host, Amy, went and got the alpacas and one llama. They trotted over in what I found to be the funniest way ever. Alpaca and llamas are hilarious. Their big eyes, long necks and curious, mild-mannered personalities are amusing; I don’t care who they are.

The host gave us jars of pellet feed and I fed them from my hand. They don’t have teeth in the front and it was like feeding a cow or horse. They jostled for position and brayed at each other in competition for the food. They each were colored differently and their faces were as distinct as any humans.

I even fed one from my mouth by holding a baby carrot between my lips and letting one of the alpacas take it. That may have been when I actually fell in love.

Then, to make the experience even more magical, Amy harnessed a couple of alpacas and we went for a walk down the long driveway. My alpaca, Friday, went along gamely and we made fast friends. We promised to send each other postcards wherever we go.

After our walk, the alpacas went off to do whatever alpacas do and we held some of the soft, fancy chickens. They seemed to like the attention and petting and were as docile as cats and about as easy to wrangle.

The farm sits on about four acres of property and we walked to the back to brush the long-haired mini Highland Cows. I joked that we were happily paying Amy to do her farm chores and she didn’t disagree.

As we brushed their long, wavy, woolly coats, we also saw Kunekune pigs and mini donkeys. The donkeys kept their backs turned to us and I got a distinct impression that they thought we were the donkeys – paying to do farm chores and all.

We watched the alpacas hilariously wander around the farm (everything they do is hilarious, it’s not just me) and before we left, we fed the two small black baby doll sheep from bottles. That seemed to calm those rambunctious little fellows down finally.

All in all, it was the best hour I’ve spent in a long time and I’d happily do it again.

Seeing animals in Yellowstone National Park either happens by accident or by intention and otherwise not at all. Since I didn’t see any by accident, I took matters into my own hands and booked a safari.
Read full story
Idaho Falls, ID6d

I was browsing Yelp looking for someplace to go for dinner, and there were several Mexican restaurants in the area, but one stood out with 280 reviews and 4.5 out of five stars, which was far better than any of the others, so I stopped scrolling.
Read full story
2 comments
Idaho Falls, ID9d

I’m from Detroit, so my idea of a farmer’s market is based on what I’ve seen at Eastern Market. It’s among the biggest, oldest farmer’s markets in the country, where farmers and ranchers come from all over the state to sell produce and meat. In recent years other types of vendors have popped up, including premade foods and merchandise.
Read full story
Ashton, ID9d

I drove past the Frostop Drive-In multiple times on my way from Idaho Falls to Yellowstone. They’re on the side of the highway in a small town that doesn’t look like much as your passing by. But their massive root beer float sign is attention-getting.
Read full story
3 comments
Idaho Falls, ID9d

I found Lucy’s New York Style Pizzeria on Yelp – it was the highest-rated “New York Style Pizza” I could find in Idaho Falls, so I gave them a call. My hopes weren’t high when I realized they were in the middle of the busy Idaho Falls shopping district in a strip mall. But then I reminded myself that the best New York pizzas I’d ever had came from places I wouldn’t usually go, in buildings I would never have suspected. So, I put my judgment aside and placed an order.
Read full story
3 comments
Idaho Falls, ID9d

If you’re in or passing through Idaho Falls, stop by the Snake River Greenbelt to see a massive waterfall, grab a meal, enjoy public art, gardens and learn about hydroelectricity. Don’t forget to take a scenic, history-filled walk while you’re at it.
Read full story
Utah State13d

I spent five weeks in Utah this summer and visited all five of the “Mighty Five” Utah national parks. What surprised me the most were that the parks I expected to like the most, I liked least. While parks I’d never heard of turned out to be the best.
Read full story
Wyoming State14d

I spent a day at the Yellowstone hot springs, taking in the many thermal pools and soaking up the hot Sulphur breezes. They say that hot springs have healing properties, but these are more likely to boil you alive. Still, I wonder about the benefits to my skin from standing alongside so many of them throughout the day?
Read full story
Montana State14d

You’ve made it halfway through Yellowstone and you’re hungry, or maybe you’re just beginning your journey into the park. Either way, you’re hungry and the Mammoth Terrace Grill has something for you - and it'll be fast.
Read full story
1 comments
Wyoming State14d

If you’re a lover of the outdoors, you’ve heard of Jackson Hole, Wyoming and the Grand Tetons. It’s a place where the old west isn’t that old and the mountain ranges call you home. Population-wise, there aren’t many people, but any lack is made up for with mountains, streams, wildlife and the joy of a quiet country road.
Read full story
Jackson, WY15d

Finding a bite to eat in busy downtown Jackson Hole could be its own reality TV show. Once you finagle a parking place and dodge the crowds to get to your chosen location, there’s sure to be a crowd and a wait. This is why I was so glad to find The Bistro open, spacious and with a few available tables.
Read full story
Idaho Falls, ID18d

Surrounded by other options, the Tandoori Oven is in a strip mall in the shopping district of Idaho Falls, but it stands alone as the only Indian food. Outside it is nondescript, the façade matching that of the other businesses it’s connected to. It’s not a big place, but it doesn’t need to be to serve good food.
Read full story
Salt Lake City, UT22d

On Antelope Island, the buffalo roam. And it’s a beautiful miracle. Not so many years ago, the American Bison, or buffalo, were almost extinct. They say that once in the late 18th century, these glorious beasts numbered over 60 million. There were so many buffalo in this country that a crossing could last up to six days. You’d just have to wait as they lumbered and rumbled past. But then they were hunted. And hunted and hunted and hunted.
Read full story
2 comments
23d

The Beyond Van Gogh: The Immersive Experience finally made its way to the United States and it’s a fun and unique way to immerse yourself in Vincent van Gogh’s most famous works.
Read full story
Detroit, MI23d

There is a massive hot spring crater shaped like a beehive in Salt Lake City. It holds a 90+ degrees geothermal hot spring – and it’s big enough to swim in. The best part? It’s open to the public.
Read full story
Utah State29d

I’d made up my mind to skip Capitol Reef National Park more than once in my five-week visit to Utah. But it was all the things I didn’t like about the other parks that made me go. I’m so glad I did. It ended being my 2nd favorite.
Read full story
Torrey, UT29d

Unless you live near one or travel often, likely, you don’t often see a place like the Chuckwagon outside of movies. It’s in a remote location and serves as a general store, bakery, restaurant, and deli. It’s hard to be all things to all people, but the Chuckwagon has it down pat.
Read full story
Utah State29d