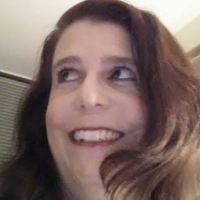 Chicago Automatically Places Some Students of Color Into Military-run Classes

Students at smaller high schools on the South and West sides are being automatically put into JROTC, which is a program designed in part to recruit students for the military.

According to data and interviews, hundreds of Chicago students enrolled at Dr. Martin Luther King Jr. College Prep on Chicago’s South Side and at least nine other predominantly Black and Latino high schools are being automatically put in JROTC each year. The program was designed in part to recruit students for the military. The practice is currently being investigated by the school district’s inspector general.

Last fall, for example, all 110 students in King’s freshman class were placed in JROTC, which stands for Junior Reserve Officers’ Training Corps — whether they wanted to be enrolled in the program or not.

District area data has demonstrated a clear pattern. At smaller high schools on the South and West Sides that serve mostly low- income minority students, there is a high degree of automatic enrollment in JROTC programs. In more affluent schools on Chicago’s side where more students are white there is a significantly lower number of freshmen enrolled in JROTC.

According to Chicago Public Schools Department of JROTC Leadership participation in the programs is strictly voluntary. Their website states:

“The traditional JROTC program is housed within one of the 37 participating high schools and is a voluntary program. Students and parents/guardians who are interested in application/enrollment procedures can speak to their school counselor or the JROTC Senior Military Instructor within the participating high schools. Because this is a four-year program, interested students should make inquiries as eighth graders or as rising ninth graders.”

Debate over the pros and cons of JROTC programs isn’t new, but the practice taking place in some Chicago public schools of automatically enrolling students has caused a more intense focus on the program, with some parents and educators calling for changes.

JROTC is a daily class that deals with military science, leadership development and citizenship that seeks to “create favorable attitudes and impressions” toward the armed services and military careers. One way they do this is by hosting military recruiters for regular visits. The program is popular among students and promoted as a means to instill confidence and teach valuable leadership skills.

But JROTC also has been widely criticized for concentrating in under-resourced schools with large Black and Latino enrollment as well as for steering teens toward military careers and away from other educational or job opportunities.

The protest from parents comes amid a new national racial awareness that has shined a light on how communities of color are policed, and how students of color are treated. CPS has stated that they intend to address racial disparities in access to career and college readiness programs that are lacking at under-funded schools. These are also schools where JROTC programs are often pressed into service to fill the void created by the lack of higher-level courses.

Within CPS, 94 percent of JROTC students are Black or Hispanic, while students of color account for 83% of total enrollment, according to CPS data. Nationally, a little over of the approximately 550,000 students in JROTC are students of color.

According to one parent of a child automatically placed in JROTC, “Fostering kids into classes that they don’t want to take is concerning to me. Schools are supposed to be student-centered. Why aren’t we listening to the students?”

The practice of automatically enrolling students in JROTC has been raised numerous times with district leaders, who have yet to stop the practice, according to copies of district emails and interviews with students, teachers, parents and Local School Council members.

King Principal Brian Kelly said that students who aren’t interested in participating could be removed from the class, recalling that 8 to 10 students did withdraw.

But, a King teacher stated, “A lot of parents didn’t know they could do that.”

CPS spokesperson James Gherardi said in an email that the program is “voluntary,” but acknowledged that default enrollment occurred at some schools. 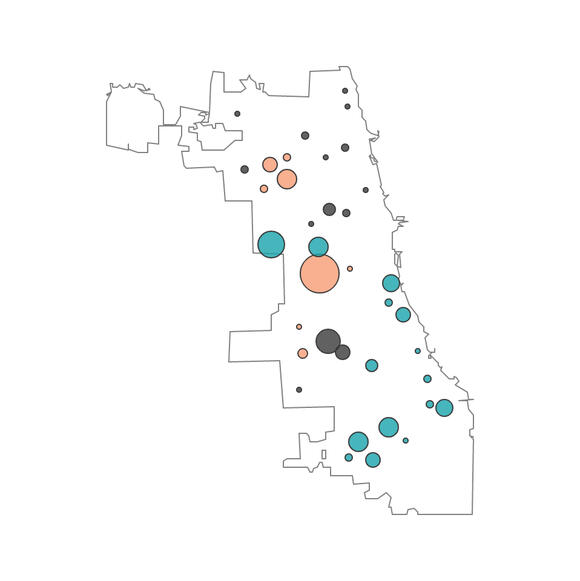 Rapid changes in air pressure that occured during Thursday morning's severe weather may have resulted in a meteotsunami at Navy Pier with the water fluctuating two feet during the event.
Read full story
1d

Chicago Mayor Lori Lightfoot is once more under fire for attending the music festival where other most attendees went without masks, waving vaccination cards to get in, despite imposing more COVID restrictions on the city.
Read full story
24 comments
Chicago, IL3d

Some have accused Chicago leaders of putting people's lives at risk by holding Lollapalooza for the money the music festival generates. Lollapalooza, one of the largest music festivals in the country, is the first major event that was known to draw huge crowds that was scheduled after the city of Chicago reopened. There was hope that the July 4th fireworks held every year at Navy Pier which was chanceled last year would take place this year. But there was enough concern over the crowds that it always draws that Chicago's mayor, Lori Lightfoot, decided to cancel it.
Read full story
15 comments
4d

With COVID-19 rates rising and transmission now considered substantial in Cook County, it is again being recommended that everyone mask whenever indoors in public regardless of immunization status.
Read full story
1 comments
5d

Lollapalooza is the first huge tourist event since the legalization of marijuana in Ilinois and retailers are expecting a large spike in sales. My 420 Tours/Wikimedia License: https://creativecommons.org/licenses/by-sa/4.0/deed.en.
Read full story
1 comments
5d

Remington, the gun manufacturer that made assault rifle used in the murder of 20 children and 6 adults in one of the worst school shootings in US history, has offered a settlement of $33m to be split by nine of the victims' families.
Read full story
3 comments
7d

AccuWeather meteorologists are warning Chicago and surrounding areas that atmospheric conditions are conducive to the formation of a fast moving, straight line of excessive wind accompanied by thunder storms with torrential downpours called a derecho that could be extremely damaging.
Read full story
6 comments
7d

Chicago is known for its hot wings so it’s the perfect place to celebrate National Chicken Wing Day on July 29th. National Chicken Wing Day is an annually celebrated holiday which falls on July 29th and celebrates one of the most popular appetizers in America. The most obvious way to celebrate the holiday is to eat chicken wings all day long. Stick with your favorite kind or shake things up a bit by trying new flavors.
Read full story
2 comments
5d

The luminous orange-yellow glow of July’s full moon is special as it reflects its perfect alignment with the earth and the sun as the light from the sun shines full fully on the side of the moon facing the earth.
Read full story
Illinois State8d

Some health experts are saying the Chicago music festival is a bad idea given how rapidly cases in Illinois are rising, certain that there will be a spike in coronavirus numbers following the event.
Read full story
15 comments
Chicago, IL10d

Cost: $40.00 - $75.00. Billed as the biggest Banksy exhibit ever assembled with more than 80 original works by the elusive artist, "The Art of Bansky" will open in Chicago, Illinois on August 14th at 360 North State Street. The show opens five weeks later than it was originally scheduled to, due to a second change in venue.
Read full story
12d

There has been a significant increase in cases all over Illinois, especially in areas with low vaccination rates, at least half of which has been attributed to the delta variant.
Read full story
112 comments
Cook County, IL13d

Following recently released guidelines from the CDC and the Illinois Department of Public Health The Illinois Board of Higher Education (IBHE) and the Illinois Community College Board (ICCB) strongly encourage institutes of higher education require vaccinations for students enrolled for Fall 2021.
Read full story
2 comments
15d

Dissatisfaction with high prices for Lyft and Uber in Chicago may be relieved as Lyft will be again offering three versions of their shared rides. The Lyft "mustache" is a common site on the streets of many cities including ChicagoWikipedia.
Read full story
16d

CPD warns people to beware of meeting individuals in person who they originally encountered selling items through an online marketplace. Like many others, I’ve sometimes turned to online marketplaces to buy items I need, especially when the pandemic was at its worst and stores were closed. I’ve used a couple of sites that let you focus on items that are available near where you live.
Read full story
17d

The bid to throw Chicago and Cook County out of Illinois, letting it become its own State is being raised again though research shows that it would greatly harm the very counties that are proposing it.
Read full story
65 comments
18d

Parents demand that masks be made mandatory for school children, especially those in elementary schools. Many parents in Wheaton, Illinois are outraged by the announcement that masks will be made optional in Wheaton schools for the 2021-2022 school year. According to the announcement for schools in District 200 which includes Wheaton, the decision of whether children should wear masks in school will be up to the parents.
Read full story
9 comments
Chicago, IL18d

Law enforcement and the public are calling on judges to keep more violent suspects in custody pending trial. More Chicago police are retiring claiming "catch and release" system puts criminals back on the streets preventing them from doing their jobgrendelkhan/flickr.
Read full story
30 comments
Illinois State20d