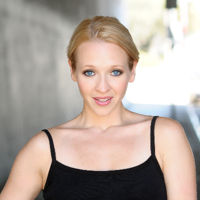 I'm a traditionally published author with over 20 years' experience in content creation. I have an MBA, run marathons, and obsess about productivity, entrepreneurship, and business.

Thirty Percent of Side Hustlers in Los Angeles Will Fail. Here's Why.

People in Los Angeles hold a variety of jobs. More than many places in the world, Los Angeles is the home to many freelancers - actors, directors, writers, and content creators. And if you ask them, they all have a side hustle going. Unfortunately, more than thirty percent of side hustlers in Los Angeles will fail in their pursuits. Here's why.

An article by Beth Braverman on the CNBC website says, “…flexible work outside of business hours has nearly a third of workers maintaining a side hustle in addition to their regular jobs.” And, according to these three articles, many of these side hustles, in Los Angeles and in other cities around the world, will fail for one reason.

Side hustlers in Los Angeles don’t stick around long enough to succeed.

It’s not what people want to hear, but most side hustles take time to get started and become profitable. And many folks in Los Angeles that start a side hustle don’t see it through to profitability.

First of all, let’s look at some side hustle statistics.

In short, side hustling in Los Angeles is a thing. Whether you are currently doing it, considering it, or supporting someone else’s side hustle, the side hustle culture isn’t going anywhere.

So, how do side hustlers in Los Angeles succeed?

According to a survey of 1,700 people conducted by side hustle nation, half of the people surveyed make less than $100 per month. However, after breaking down their data, they found that the longer side hustlers stuck around, the more money they made.

If we combine some of these income brackets, you can say that after someone’s side hustle gets over the initial startup phase, 43.4% of side hustlers earn $1000 or more per month.

It seems like a simple concept, but when side hustlers in Los Angeles are in the thick of it, they can’t see the forest for the trees. When a writer earns $1.08 for an article that took an hour, when a craftsman on Etsy sells just one handmade coat rack, and when an affiliate sells exactly zero products after a hard day’s work, it is difficult to have the mental fortitude to persevere.

Run the money says it best, “Many a potentially excellent business has been abandoned because the people behind it expected too much too quickly.” It all takes time.

Rome and Seth Godin weren’t built in a day. Your Los Angeles side hustle won’t be either.

So, if you happen to be one of the people in Los Angeles pursuing a side hustle, you're definitely not alone - by a long shot. Many other people are working toward the same goal. One Instagram follower, one cold email, and one new customer at a time. I encourage you, though, to really look at the data before you consider throwing in the towel.

You are not alone (by far) and your chances of success go up with every day you persevere in your side hustle. So, go and get it hustlers. It’s out there for the taking. We all just need a little patience.

I'm a traditionally published author with over 20 years' experience in content creation. I have an MBA, run marathons, and obsess about productivity, entrepreneurship, and business.

The Three Best Places to Go Running in Burbank

I have been training for the Los Angeles Marathon over the past few months and I've scouted out practically every place in Burbank to go running. As my mileage grows week to week, I combine more and more of my favorite places to get my sweat on (particularly in the summer heat of Burbank in late summer). Some are flat, some are hilly, some are populated, and some are quiet.
Read full story
Burbank, CA13h

My kid and I headed out to day two of soccer camp at Brace Canyon Park in Burbank. We had the athletic gear, the ball, the water bottle, the mini shin guards, and the adorable size 10 fluorescent green cleats.
Read full story
1d

If you live in Burbank and you have not had breakfast or brunch at Bea Bea's, you're missing out. It is the place to be for all things breakfast. And, as residents return to restaurants after a plethora of Covid-19 shut downs and changing regulations, Bea Bea's is still going strong. And the restaurant deserves all the success it receives.
Read full story
Burbank, CA1d

Burbank Prepares for its Pickwick Vintage Show in August

Where Not to Eat: Three of Burbank's Most Unsanitary Restaurants

It's easy to search for list after list of the best restaurants in Burbank to get ideas as to where to dine out. It's also important, however, to know where not to eat. When the restaurants below have up to twenty different violations on their Los Angeles County official inspection reports, it's worth it to know before you go.
Read full story
11 comments
4d

If you’re a Burbank entrepreneur, you are your own motivator. You ultimately answer to yourself, you make the decisions, and if things fail, it’s usually your fault. That’s a lot of “you.”
Read full story
Burbank, CA2d

Guild Hall is a Friendly Oasis in Burbank for Gamers

Guild Hall in Burbank is one of the most quietly lively bars or restaurants I've ever visited. I walked through the doors to see every table full of smilingly intense people sipping beer and cocktails and pouring over Dungeons and Dragons, Duel, and Settlers of Catan. My heart leapt. It's a nerd bar!In Burbank!
Read full story
Burbank, CA4d

Checking out the DJ booth at Family Fun DayPhoto credit: Author. Burbank's Kiwanis club's first annual charity golf ball drop was a successful and fun community event. On July 24th, the parking lot of John Muir Middle School in Burbank was filled with booths, activities, food, entertainment, and fun for the whole family. Not only did Burbank's Kiwanis club raise money for their upcoming youth events, they also brought together a community of people starved for interaction and normalcy.
Read full story
Burbank, CA8d

These keys are expensive in BurbankPhoto by Tierra Mallorca on Unsplash. It's no secret that real estate has skyrocketed in Burbank in the past year. As of June 2021, according to Redfin, buying a home in Burbank will cost you an average of a whopping 20.6% more than it would have cost you in June of 2020. That's a massive increase.
Read full story
2 comments
Los Angeles, CA8d

It has been ridiculously hot this week in Burbank. Like, fry-an-egg-on-the-Burbank-boulevard-sidewalk hot. I've been training for the LA marathon, so this week, I ran eight miles in 90+ degree Burbank heat. I can confidently say that required perseverance. While I was running, I began to ponder the concept of perseverance. I've needed a lot of it lately.
Read full story
9d

Siri Thai Restaurant in Burbank has been serving flavorful Thai dishes in a Burbank strip mall for decades. The quirky restaurant is tucked into a shopping center along with a nail place, a pet grooming establishment and another restaurant on Burbank Boulevard near Buena Vista Avenue. It may not be the most prominent restaurant in Burbank, but it definitely has a lot of personality. And, now that establishments are opening up after the Covid-19 pandemic, they have restarted their dinnertime live music.
Read full story
1 comments
9d

The Hollywood Way Bar and Grill has been a staple of the Burbank community for years. It offers casual dining for families and large parties at this self-proclaimed "greatest Burbank hot spot." This restaurant knows how to do barbecue. In fact, they have practically perfected it. And they have recently added a new and extremely exciting aspect to their menu. Bacon flights.
Read full story
1 comments
Burbank, CA10d

Fun & Fit Gymnastics has been a staple of the Burbank community for years. Its non-competitive approach to kids' fitness is refreshing and has brought about consistent business for the long-standing Burbank establishment. Last year, though, the establishment changed ownership.
Read full story
Los Angeles, CA11d

Restaurants are back open after a year of global pandemic cooked-at-home or delivered-lukewarm excitement-free meals. Los Angeles diners are ready to get back on that Open Table and get their gnosh on. If you're planning to dine out in Los Angeles any time soon, here are three restaurants you definitely shouldn't miss.
Read full story
11d

Burbank has a lot of parks to choose from. So, when I say Brace Canyon Park is the best park for a family picnic, you can rest assured that I have tried all of the parks in Burbank. Brace Canyon is the place to bring your blankets. Here's why.
Read full story
Los Angeles, CA14d

I have a group of girlfriends that gets together once per month at a different Los Angeles restaurant. This month, we went to Eveligh on Sunset Boulevard. The food and service were not remotely what we had expected. Orders were confused, drinks were auctioned at the table, and food was delivered cold. "Maybe we're just old and grumpy," said one of my girlfriends.
Read full story
15d

March of 2020 may possibly be the worst time in the past century to open a food-based business. So, when Slider’s Bakery and Ice Cream Shop opened at that exact time, during a global pandemic, many expected the establishment to cut their losses and close up shop. More than one year later, Burbank residents are very glad they didn’t.
Read full story
16d

There are so many locations in Burbank to learn to dance. And dance can be a very competitive sport. Why? Because it’s not completely a sport. It’s an art. Unlike sprinting, soccer, or weightlifting, dance is often largely subjective. Rather than judges simply looking at a clock to see which runner ran a faster 10K, directors, teachers, and audiences have vastly different opinions on what is successful and what is not.
Read full story
16d

As Burbank Workers Return to the Office, Increased Transparency Could Improve Office Relations

When I worked for a company in Burbank I won’t name, I was asked to facilitate a budget cut of 20%. “No problem,” I remember saying, “Can I get some actuals from last year?” The COO was not remotely amused. “No, Michelle. You will never get actuals. Just figure out how to spend less money.”
Read full story
Burbank, CA17d

How and Why To Support Burbank Teachers

All Burbank teachers are influencers. Whether they’re in front of a middle school classroom at Luther Burbank Middle School teaching algebra or in front of a dance studio at Garri Dance Studio in Burbank teaching pliés, teachers have a massive impact on the students they instruct. They are potentially the most influential people in an individual’s life. But the most important thing they teach probably isn’t what you think.
Read full story
2 comments