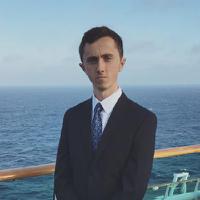 Bringing you conservative news and social commentary about the great state of Texas.

Should Boise Defund The Police?

It's no secret that many people in Idaho want to defund the police. After all, protests have frequently occurred over the past few months, with many people calling for the police department's budget to be reduced.

But is defunding the Boise police really a good idea? This article aims to explore both sides of the argument for defunding the police in Boise (or not).

Here's Why Some People Want The Boise Police Defunded

According to CNBC, "Some activists want to see police departments completely dismantled. Others ask that some of police departments' ever-increasing budgets be diverted to other under-funded social services, like education, mental health services, and housing. Everyone calling for defunding the police, though, is advocating for a reimagining of what policing and public safety could be."

Basically, many people want to reduce the odds of people getting unnecessarily injured by police. For example, some people argue that an officer doesn't need to show up to a non-violent crime with guns, riot shields, or other equipment that could escalate tensions.

Research published by USA Today shows that defunding the police could be an extremely bad idea with loads of unintended consequences. Quoting the article: "When police command staff are presented with a reduced budget, the decision-making is simple. They will not reduce expenses for personnel and equipment. They will cut the costs of the many programs police departments provide that are outside of day-to-day law enforcement."

It continues to say, "There are offerings like cadet and Explorer programs, which bring together young people and police in community service and personal development. These are avenues for building the police department of tomorrow."

What's Happening Right Now In The City Of Boise

The Boise City Council voted 4 to 2 in late July 2020 to move forward with budget plans for 2021. The budget also includes an additional $1.2 million for the Boise Police Department's over $70 million budget. Or, put another way, the city of Boise isn't moving to reduce the police budget anytime soon.

But what do you think? Should Boise defund the police? Let me know your thoughts in the comment section below.

Bringing you conservative news and social commentary about the great state of Texas.

Worried About The Wuhan Lab? There's Also One In Texas

Vaccine Passports Might Become Mandatory In Texas For International Travel

Many countries are requiring proof of vaccination as a condition of entry. So, you may need to show your vaccine passport at a Texan airport before boarding the flight. According to legislation signed into law by Gov. Greg Abbott last month, businesses that compel consumers to be vaccinated against COVID-19 would be refused state contracts and may lose their licenses or operating permits. However, despite the intentions of the Texan governor, vaccine passports for international travel may be inevitable.
Read full story
Texas State2021-06-30

Last week, I reported that officials are worried about a "brain-eating disease" currently spreading in Texas amongst the animal population. Unfortunately, I have bad news. The outbreak has recently worsened, and case numbers are quickly spiraling out of control.
Read full story
Texas State2021-06-29

Should Children Get Vaccinated For Covid-19 In Texas?

According to NBC Dallas-Fort Worth, "there are 113 known cases of the alpha variant and seven of the delta variant (in the county). Two other variants, epsilon, and gamma have nine and 15 known cases, respectively." As new variants emerge, physicians believe the United States' prospects of containing the Covid-19 pandemic will be mainly determined by how many young children decide to get vaccinated.
Read full story
Texas State2021-06-29

Donald Trump Is Visiting Texas This Week! Here's What You Need To Know

Former President Donald Trump will be joined by Governor Greg Abbott at the border tomorrow in Weslaco, a town halfway between McAllen and Harligen.The meeting will provide an excellent opportunity to raise funds for the controversial border wall. Quoting an interview with the Governor on Fox News:
Read full story
1 comments
Texas State2021-06-28

Many People In Texas Are Still Hesitant To Get The Vaccine

As the number of Texans vaccinated against COVID-19 rises, vaccine hesitancy remains widespread. However, the reluctance to get vaccinated is not solely a Republican issue. In a recent University of Texas/Texas Tribune poll, more Republicans than Democrats indicated hesitation or refusal to obtain the Covid vaccine. And surprisingly, 25% of Democrats did as well. So, we can't blame one political party since vaccine hesitancy exists on both sides of the aisle.
Read full story
Texas State2021-06-28

Texas Democrats Are Going To War With Republicans, And Nobody Is Backing Down

Photo of Texas Governor with Donald Trumpby The White House via Wikimedia Commons. We all know that politics in Texas can often involve heated arguments and passionate debate over specific issues. But this time, things are different. The Texas Democrats have declared political war on Gov. Greg Abbott, and nobody is backing down.
Read full story
3 comments
Texas State2021-06-26

'I Need A Job': Texas Man Hands Out Resumes On The Street In Hopes Of Finding Work

Research published by CNBC shows that nationally, there are 10 million fewer jobs now than before the pandemic. Also, "It's estimated that 1 in 3 full-time workers have experienced a pay cut due to the pandemic this year and a similar percentage of unemployed have been out of work for six months or longer."
Read full story
1 comments
Texas State2021-06-26

CDC Warns Of Deadly Disease That Will Spread In Texas

Due to various health measures implemented due to Covid-19, many viruses were kept at extremely low levels. But now that the state of Texas is reopening, people from the CDC are concerned that Influenza (and other diseases) will be a massive problem in the coming months.
Read full story
8 comments
San Antonio, TX2021-06-26

On January 6, rioters rushed into the United States Capitol, smashing windows, ramming up stairwells, and sending legislators and law police fleeing for their lives. The massive influx of demonstrators into the Capitol that day presented federal officials with an equally daunting task: identifying and prosecuting those involved.
Read full story
9 comments
Texas State2021-06-25

Should Donald Trump Move To Texas?

In a few day's time, Donald Trump will visit the Mexican border with the Governor of Texas, Greg Abbott. But many supporters of the former President think he should permanently relocate to the state.
Read full story
3 comments
Texas State2021-06-24

Fauci Warns Covid Variant Spreading In Texas Is A "Threat"

Photo via National Institute of Allergy and Infectious Diseases on Flickr. Many people around Texas desperately want the Covid-19 pandemic to be over. But unfortunately, it seems like the virus may continue to spread around the state (and the rest of the country) for a very long time. After all, Dr. Fauci recently warned that the Delta (Indian) variant poses the "greatest threat" to American efforts to end the pandemic.
Read full story
7 comments
Texas State2021-06-24

A "Brain Eating Disease" Is Currently Spreading In Texas

Texas Parks and Wildlife recently warned of a fatal "brain-eating disease" currently spreading in deer breeding facilities across the state. And right now, officials are trying to contain the outbreak before it spreads even further. Quoting the Houston Chronicle:
Read full story
9 comments
Texas State2021-06-24

Should More Californians Move To Texas?

I'm going to say what every single person in California is thinking: Texas is the best place in the country. It's the reason why over 687,000 people have moved from the liberal west coast to the lone star state over the last decade. People from Los Angeles, San Fransisco, and many other cities are flocking to Texas in droves. They've realized that California is overhyped and overpriced. So, they want to create a better life for themselves by moving somewhere else. And obviously, Texas is the best choice.
Read full story
2 comments
Texas State2021-06-24

Texas Ranks 18th For Pandemic Recovery, According To New Study

As the United States begins to return to normal life, many states are recovering at different rates. Some have mask mandates, and others don't. And of course, many states have had their economies obliterated by never-ending restrictions. In contrast, the economies of some states have remained fairly normal.
Read full story
1 comments
Colorado State2021-06-24

A Highly Contagious Virus Is Spreading In Colorado Amongst Animals

From 1346 to 1353, The Black Death was a plague pandemic that swept over Afro-Eurasia. It was the deadliest pandemic in human history, killing 75–200 million people in Eurasia and North Africa. So, now that we've got a brief history lesson completed, it's time to discuss what's happening right now in the United States of America.
Read full story
Texas State2021-06-23

The central pledge of President Donald Trump's 2016 election campaign was to build a "big, beautiful wall" between the United States and Mexico. He said that a concrete barrier would help stem the flow of illegal immigrants and narcotics across the border.
Read full story
5 comments
Texas State2021-06-23

CDC Says Every Covid-19 Death In Texas Is "Preventable"

The CDC director, Dr. Rochelle Walensky, recently issued the following statement that several people have viewed as highly controversial: "Covid-19 vaccines are available for everyone ages 12 and up. They are nearly 100% effective against severe disease and death -- meaning nearly every death due to Covid-19 is particularly tragic, because nearly every death, especially among adults, due to Covid-19 is at this point entirely preventable."
Read full story
5 comments
Florida State2021-06-23

Is Ron DeSantis The Best Governor In The Country?

As Florida Governor Ron DeSantis considers a presidential bid in 2024, he has topped Donald Trump with a 74 percent GOP popularity rating. DeSantis was narrowly ahead of the former president in a survey of Republican voters, with 71% of those polled supporting him.
Read full story
24 comments