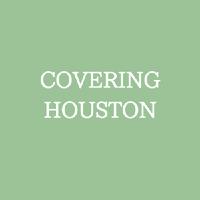 HOUSTON — A Houston man has been sentenced to prison for identity theft in the Eastern District of Texas, Acting U.S. Attorney Nicholas J. Ganjei announced on Tuesday, May 25.

French Latrelle Carpenter, 45, pleaded guilty on February 4, 2021, and was given a prison term of 40 months in federal prison by U.S. District Judge Michael J. Truncale.

“Anybody who has ever been a victim of identity theft can attest to how stressful the experience can be and how difficult it can be to get your finances back in order. Identity theft wreaks havoc on the finances of its victims, which can take literally years to repair. Criminals that victimize others through identity theft in the Eastern District of Texas should expect to receive a visit from law enforcement,” said Ganjei.

During the search of Carpenter’s vehicle on August 28, 2020, four credit card skimmers were found, along with a laptop, blank credit cards and several birth certificates belonging to other individuals. More than 100 credit card numbers complete with personal identifying information for three persons were found in his laptop, where police also found a document related to credit card fraud and an internet search history related to buying with stolen credit card data.

Previously, Carpenter was indicted by a federal grand jury on November 4, 2020, and was charged with federal violations.

HOUSTON, TX — Are you searching for a short getaway from your busy schedule? If so, having a staycation on the weekend might be right for you. In Houston, finding places for a staycation can be rewarding. You can easily access the beach, enjoy variant of food, or explore the opera and historic sites. Here are our top staycation spot picks for you to enjoy the weekend.
Read full story
1 comments
Houston, TX1d

An Online Webinar From Houston Freelancers Union SPARK: The Power of Storytelling

HOUSTON, TX - Houston Freelancers Union SPARK will hold an online webinar covering the topic 'The Power of Storytelling' for free. This is a chance to meet, build connections, learn, and have insightful discussions with other freelancers and entrepreneurs.
Read full story
Texas State1d

HOUSTON, TX — Texas Children’s Pavilion for Women is pleased to announce plans for a $201 million expansion in the Texas Medical Center. This gradual expansion will allow the women’s health care destination to continue providing the best quality care possible in Houston and throughout the country.
Read full story
Houston, TX1d

HOUSTON, TX — MD Anderson Cancer Center’s patient, Fran Sargent, shared her journey to recover from lung cancer. Although she is quite old, she is not discouraged to be free from the disease.
Read full story
1 comments
Houston, TX1d

HOUSTON, TX - Four rare species of painted terrapins hatched at Houston Zoo in the past week. It's the first time for painted terrapin turtles to hatch at the Zoo. One of the 25 most endangered freshwater turtles on earth, painted terrapins are colorful and medium-sized to large turtle species that inhabit rivers in Southeast Asia. The adults can be seen at the Houston Zoo's Wortham World Primate, in the orangutan moat, on the shore, and in the water.
Read full story
Texas State1d

HOUSTON, TX — Are you intrigued by gardening but unsure how to get started? Each year, Urban Harvest offers up to 60 gardening classes on a range of topics, from fruit tree care to permaculture-based living. Check out their August classes to get you started on your fall gardening preparations.
Read full story
Houston, TX1d

HOUSTON, TX - This week, Superintendent Millard House gathered around 100 representatives from organizations and groups in the Houston area at the latest event in his meet and greet series.
Read full story
Houston, TX2d

HOUSTON, TX — The first major transatlantic retrospective of the Swiss artist, Meret Oppenheim: My Exhibition will be on display at The Menil Collection next year. This is also her first exhibition in the U.S. in over twenty-five years.
Read full story
Houston, TX2d

Houston, TX - The Moody Center for the Arts is presenting a solo exhibition of “Movement at the Edge of the Land” by Brie Ruais until August 28, 2021. This Brooklyn-based sculptor made her abstract ceramic pieces the scale of a person's body while engaging in nature and architecture.
Read full story
Houston, TX2d

HOUSTON, TX — A patient treated by the University of Texas MD Anderson Cancer Center Bradley Evans, Psy. D. shared his fight against skin cancer or also known as melanoma. Thanks to treatment at the cancer center, he is now free from the disease.
Read full story
Houston, TX2d

HOUSTON, TX - This year, the Hindu Heritage Youth Camp is open for registration for 3rd-12th graders. In 1985, this youth camp started with the main focus of inspiring the younger generation about their heritage while educating them on the rich culture and values of Hinduism.
Read full story
Houston, TX2d

Concerts in Houston Next Month

HOUSTON, TX - Summer in Houston offers many fun activities, and going to a concert is one way to have a blast especially in the summer. If you are up for a concert this summer, you probably want to check out these two artists who will stop and hold a concert in Houston next month.
Read full story
1 comments
Houston, TX2d

HOUSTON, TX—The enticing aroma of freshly picked berries can only signify one thing: the wonderful season of spring and summer has arrived. What better way to enjoy the bounty of the season than to visit one of our local pick-your-own farms? You're also supporting small, family-owned businesses as the majority of these pick-your-own farms are local families-owned.
Read full story
Houston, TX2d

A Successful Partnership Of The Lamar High School And Smart Financial

HOUSTON, TX - Ariana Valdez, a 17-year-old Lamar High School senior just shifted her perspective about her future as she goes through her internship program sponsored by the Smart Financial Credit Union branch on the Lamar campus since spring.
Read full story
Houston, TX2d

HOUSTON, TX—Thinking of a way to spend your time outdoors with your little ones? Hiking might be the answer. Houston has a lot of beautiful forests, streams, and wetlands that can be accessed by some pretty great hiking trails. These parks and hiking trails are easily accessible to little children, and many of them accommodate strollers and wagons.
Read full story