These 3 Miami Neighborhoods Are Ranked Super Dangerous to Live In 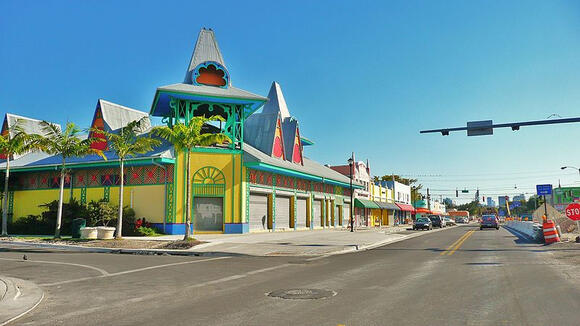 Do you live in Miami? Or perhaps you've visited before? If you have, then you know that some areas are safer than others. There are three neighborhoods in Miami that have ranked far more dangerous to live in than others.

This article analyzes the three most dangerous neighborhoods in Miami, Florida, ranked by the number of violent crimes (which includes murder, assault, and robbery).

Let's go over the ranking system to make sure we're on the same page.

Model City in Miami takes the most dangerous spot for violent crimes. It's more commonly known as Liberty City to the residents. It's a historical part of Miami and was actually established during the Great Depression. Although crime has dropped in recent years from some previous years, many people don't walk or bike at nighttime in this area.

Downtown is the second most dangerous area to live in Miami, Florida. Downtown is a neat, touristy area right by the water. It has a lot of different shops, and you can find many events there throughout the year. It is home to the American Airlines Arena, which hosts concerts and basketball games, as well as some notable museums like the Pérez Art Museum Miami.

This is a neat little area of Miami to explore during the daytime.

Little Haiti is a super unique place in Miami. It is renowned for its Caribbean vibe, and you can find lots of colorful murals and fruit stands here. The Little Haiti Cultural Complex has lots of art to view. The Caribbean Marketplace has lots of fresh produce.

Sadly, this neighborhood is still ranked much higher for violent crimes than most of Miami.

Have you been to any of these areas in Miami? Do you feel safe in them? Do you think there is an area that should have beat these ones out for the most dangerous? Let me know in the comments below.