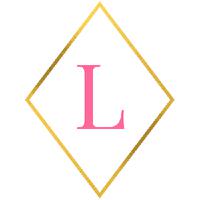 I run a Columbus-based digital publication with a specific focus on women empowerment. I'm passionate about socially progressive issues.

One of the most shocking happened on the night of May 23rd, as shots rang out during a party at Bicentennial Park, sending shockwaves throughout the city. The victims of the assault were all teenagers ranging from ages 14 to 19, several having to be rushed to the hospital bearing gunshot wounds.

A sixteen-year-old girl, Olivia Kurtz, was tragically shot and killed during the ordeal. However, the city didn’t even have much of a chance to mourn the young girl before another sixteen-year-old, Ty’Sean Finch was shot and killed only a few days later. Sgt. James Fuqua of the Columbus Police Department was understandably shaken by the events.

Just the simple fact that we've lost two 16-year-olds in the last week tells you that the violence is real.

In order to combat this growing string of homicides, Columbus police will be prioritizing 911 calls so they can have more officers available should another homicide happen. The force has already had to adjust to many of their officers retiring or resigning, and the rising homicide rate has only put more pressure on their remaining officers.

For that reason, felonies like property crime may be pushed aside to ensure the public at large is safe. With the police force having to rely on triage to delegate their officers, many citizens will be forced to assess the situation and search for evidence on their own.

While this could lead to problems in the future involving break-ins and home invasions, there’s not much the police can do at the moment. Hopefully, this will only be a temporary situation, as Columbus police attempt to cut down on the homicide rate.

I run a Columbus-based digital publication with a specific focus on women empowerment. I'm passionate about socially progressive issues.

This past week, the Ohio Department of health reported that nearly 500 new coronavirus cases have emerged. A majority of these cases involve individuals who have not taken the COVID-19 vaccine. President Joe Biden was recently asked at a town hall meeting in CIncinnati, Ohio about the rise in COVID-19 cases, hospitalizains, and death rates as a consequence of the Delta variant. Here’s what he had to say to address the concerns:
Read full story
6 comments
1d

Simone Biles Returns to the Olympics in Tokyo

The pandemic put a lot of aspects of our lives on hold. Our schooling, our careers, and our personal goals were just a few of the things that were affected by quarantine. However, it seems in 2021 we are beginning to reach the end of our fight against COVID-19. And that means going back to the things we love. One massively publicized event that was pushed back for our health and safety is finally underway: the Tokyo Olympic Games. Athletes from around the world spent years training for their shot at the gold, and after a year’s delay, we will finally be able to see the fruits of their labors.
Read full story
Columbus, OH1d

Capital University has decided to continue working with the interim president they hired during the pandemic. In June of 2020, former insurance executive David L. Kaufman was offered the interim president’s position which he fulfilled successfully.
Read full story
Ohio State1d

Ohio State Partners with Kroger to Get Students Vaccinated

The Ohio State University is partnering with Kroger to help ensure that their fellow Buckeyes get vaccinated for COVID-19. The institution will be hosting a Buckeye Vaccinate Tailgate tour which will stop at three Kroger locations in Ohio beginning August 2. The purpose of the tour is to allow people a chance to get vaccinated before the school year begins and football season starts. All efforts are being taken by the university to make the coming years as enjoyable and safe as possible.
Read full story
Dayton, OH1d

On August 4th, 2019, the city of Dayton, Ohio bore witness to yet another tragedy perpetrated by gun violence. The culprit, 24-year-old Connor Betts, opened fire in front of the Ned Pepper’s Bar in the Oregon District, injuring seventeen people and killing nine others. Betts’s sister was one of those killed in the shooting. This shooting eventually ended in a standoff between police officers, who ended up shooting Betts dead. Betts was found wielding an assault rifle carrying a 100-round magazine, as well as clothed in protective body armor.
Read full story
2 comments
Columbus, OH3d

The Columbus Blue Jackets recently announced that they have traded right wing Cam Atkinson for right wing Jakub Voracek of Philadelphia Flyers. Atkinson, a Connecticit native, was a gem for the team and his trade was quite significant. Currently he sits second on the club’s all time list in terms of points, goals, games played, power play goals, and game-winning goals. He ranks fourth in assists. From 2013-2019 he notched 20-plus goals in six-straight campaigns. The Blue Jackets have been the only National Hockey League (NHL) organization Atkinson has been with after scoring 213 goals in 627 goals. He is now headed for Philadelphia as Voracek, of Czech Republic, returns to play for the Blue Jackets.
Read full story
Columbus, OH4d

After voting for five days, the Columbus police officers have finally approved their new tentative union contract with the city. The contract was approved by rank and file and won by a wide margin. Amongst the supervisors, the final votes were 237-4 for the contract. And amongst the officers it was approved ny 1006-46. The key points of the updated contract are a 14% raise in pay, more reviews/check-ins with the officers, increase in body camera look back, drug and alcohol testing of officers immediately after they fire their weapon, and holidays on Police Officer memorial Day and Juneteenth. In non-criminal investigations, police officers will now be obligated to answer any questions from the Office of the Inspector General. A source spoke out about these new changes and said that they have never seen anything like this implemented in the past 25 years.
Read full story
Ohio State5d

A resident of Ohio has been placed in quarantine for 21 days after being informed of a possible monkeypox exposure. They were travelling on the same plane as a Dallas resident who was confirmed to have monkeypox a few days after returning to America.
Read full story
2 comments
Columbus, OH5d

As the 2021-22 school year is approaching, one of Ohio’s top doctors, Chief Medical Officer Bruce Vanderhoff, MD shared some new guidelines for families to follow. Vanderhoff strongly recommends that staff and students who are unvaccinated should definitely wear masks, especially indoors. Having been stuck on zoom meetings and online schooling for more than a year, it is important that students return to regular class environments. It is essential for their development and mental health.
Read full story
Columbus, OH5d

During Monday, July 26th’s Columbus City Council meeting, many important issues are to be discussed. Some of these issues include: reckless driving, new developments in German Village, designated outdoor refreshment areas in the Arena District, as well as a contract update for the Columbus Police officers.
Read full story
Ohio State6d

On Monday, July 26th Ohio Governor Mike DeWine announced a new initiative to combat hazing at Ohio universities. The announcement was made in the presence of the Inter-University Council of Ohio Council of Presidents at the Ohio Statehouse.
Read full story
Columbus, OH8d

A man was found dead in an apartment complex in Hilltop early morning of July 3 according to Columbus Police. An unknown complaint was submitted to the police at 600 block of Wedgewood Avenue around 1:52 a.m. The caller spoke with the officers that he found an unknown male was inside the floor bleeding when he returned to his apartment.
Read full story
8 comments
Kentucky State6d

In today's ever-changing society, how parents discipline their children is evolving, but unfortunately, in some households, the methods of discipline have not changed from the 18th century. Though some ways may effectively startle a child into submission, no form of punishment should leave a child with bruises. That is woefully what happened in a Kentucky home to two young children at the ages of 5 and 6.
Read full story
3 comments
6d

The infamous R&B rapper R.Kelly has new allegations against him from the prosecution as his trial proceeds. Kelly is currently accused of running a sex trafficking network filled with individuals ranging from bodyguards to managers. All in pursuit to traffic women for sex, pornography, and other sexual activity.
Read full story
7d

Maria Taylor's contract with ESPN may have just expired, but NBC was swift to pick up the 34-year-old American Sportscaster. Much to some dismay Taylor alongside ESPN, came forward Wednesday, July 21st, that neither they nor Taylor could develop a new contract. NBC was not about to pass up on the Sportscaster and her accolades. This switch of networks was a longtime coming for Taylor. As ESPN was pushing for more diversity following the call to action by the Black Lives Matter Movement, as they should, they started to put Taylor in more hosting roles.
Read full story
Columbus, OH7d

A viral video posted of 29-year-old Shawn Hanna is sparking controversy in the Columbus, Ohio, area. On July 22nd, at a local Speedway Gas station, Hanna was allegedly disruptive to the store clerk and was asked to leave several times. Proceeding this, an officer arrived and tried to arrest Hanna. Hanna resisted, yet the officer finally applied some force to get Hanna cuffed, says the Columbus Police Chief Elaine Bryant.
Read full story
19 comments
Columbus, OH7d

Everything comes with a price, which is precisely what is happening for Columbus, Ohio, police officers. After many days of deliberating, the Columbus Police department approved a tentative union contract that is set to go city council. The contract includes a 14% pay raise yet stricter and more frequent reviews.
Read full story
Ohio State6d

The Columbus Blue Jackets have released their preseason schedule. It has eight games and ends with matches against the Pittsburgh Penguins. Four of the eight games will be at Nationwide Arena in the city. Before the official start of the 2020-2021 season, the Blue Jackets will play home and away games against the Buffalo Sabres, Detroit Red Wings, St. Louis Blues, and the Penguins. All the preseason matches will be played from September 27th to October 9th at 7pm. The offseason was eventful. They have their new and eighth head coach, Brad Larsen, and lost their player Matiss Kivlenieks on the 4th of July when he was hit by a malfunctioning firework.
Read full story
8d

Robinhood is a company that offers commission-free trades of stocks exchange-traded funds on an app. The company is going public next week and “seeking a valuation up to $35 billion”, meaning the fair or intrinsic value of an asset is being estimated. This past Monday, the 19th, the company said that it hopes to price 55 million shares in its first public offering.
Read full story