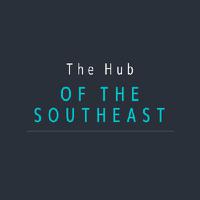 Covering everything cool and fun going on, and goin' out, in Hotlanta.

The University of Georgia softball team is coming to the 2021 Women's College World Series in Oklahoma City after beating No. 4 Florida with 6-0 on Saturday afternoon.

The Bulldogs (34-21) will be competing against either No. 5 Oklahoma State or No. 12 Texas in the opening round of the WCWS Thursday, June 3. This 2021 Women's College World Series will be the University of Georgia's fifth appearance in Oklahoma City.

Graduate Mary Wilson Avant (20-10) obtained her second complete-game closing of the Gators on the weekend, where she allowed only four hits while striking out four.

The team gave eight hits to Florida's four, with Sophomore Sydney Kuma and junior Lacey Fincher each counted two hits. Later in the game, Kuma joined redshirt-sophomore Jaiden Fields and freshman Jayda Kearney to take on Florida pitchers. Junior Savana Sikes came in to score twice while being on base four times with a hit-by-pitch and three walks.

Sikes was hit by a pitch, leading off the first bottom. She then pulled up at third on double off the way in left by Kuma. Fincher drove in Sikes with a single down the left-field line, resulting in Georgia out in front 1-0 in the first. Fields then doubled Georgia's lead with a leadoff home run in the home half of the second, making it a 2-0 game. It is Fields' second long ball of the weekend.

Georgia's third home run of the match was a two-run beast shot towards the palm trees in center off the bat of Kuma, making it a 5-0 game. Freshman Sydney Chambley gave the final score for Georgia as she singled to center to drive in sophomore Sara Mosley, ensuring the Bulldogs victory over the Gators with a 6-0 score.

Covering everything cool and fun going on, and goin' out, in Hotlanta.

ATLANTA, GA - Small Business Development Center (SBDC) from the University of Georgia successfully helped Georgia's farmers to expand their operations. The farmer is Joseph Egloff, he began his business in 2011 as a hobby, but now he worked full-time in the cattle ranch, producing meatpacking that serves customers in North Carolina and Florida.
Read full story
Atlanta, GA1d

ATLANTA, GA - Seven people consisting of current and former students at Georgia Tech will join the highly anticipated competition of the 2020 Summer Olympics in Tokyo. The current student-athletes that will participate are:
Read full story
Atlanta, GA1d

ATLANTA, GA - On Juniper Street in Midtown, a three-level steakhouse with a members-only cigar club, DJs, and a menu including gold leaf-encrusted steaks will launch in September.
Read full story
Atlanta, GA1d

KENNESAW, GA — Kennesaw State University has contributed over $1.6 billion to the State of Georgia in the 2020 fiscal year, according to a recent report by the University System of Georgia. The total impact of all 26 USG institutions on the state was $18.6 billion.
Read full story
Atlanta, GA2d

Atlanta residents: 'It's like a prison' on housing project

ATLANTA, GA - Local residents critique the development design of the Southwest Atlanta apartment complex by saying it looks “like a prison.”. The progress picture was revealed by a member of Skip Mason’s Vanishing Black Atlanta History Facebook group. The project plan was to build 200 multifunctional buildings located in Campbellton Road, on top of 13,000 square feet of commercial space.
Read full story
Georgia State2d

SOUTH FULTON, GA — Speed detection cameras will go live on August 9 to improve the safety around school zones. Drivers in the City of South Fulton must slow down when traveling in school zones to avoid getting ticketed.
Read full story
Kennesaw, GA2d

ATLANTA, GA — Volunteers are needed to spruce up the planted areas on the Eastside Trail of Atlanta BeltLine Arboretum. They will have to weed, mulch, and water the native meadow. The project is targeted towards those who are 12 years or older.
Read full story
Tifton, GA5d

ATLANTA, GA — UGA’s Tifton campus, world-renowned for its turfgrass research, has been chosen to develop bermudagrass to sod the Olympic stadium in Tokyo. The bermudagrasses are called TifSport and TifGrand, two of the best bermudagrasses made by UGA.
Read full story
Atlanta, GA4d

ATLANTA, GA — Volunteers are needed to take care of the trees in South Bend park. They will remove invasive plants such as English ivy, Chinese privet, and kudzu. The event is primarily for those aged 12 years or older.
Read full story
Atlanta, GA5d

Volunteer to prune the trees to help them grow better

ATLANTA, GA — Volunteers are needed to prune the trees in Ashview Heights and West End. The pruning gives the trees better structure and will help them grow strong and resilient. The project is held this Saturday, July 31, from 9 a.m. - 12 p.m.
Read full story
Atlanta, GA5d

ATLANTA, GA — Trees Atlanta is hiring an Education Program Intern for students or recent college graduates. The program is an opportunity to gain experience working with an environmental non-profit organization.
Read full story